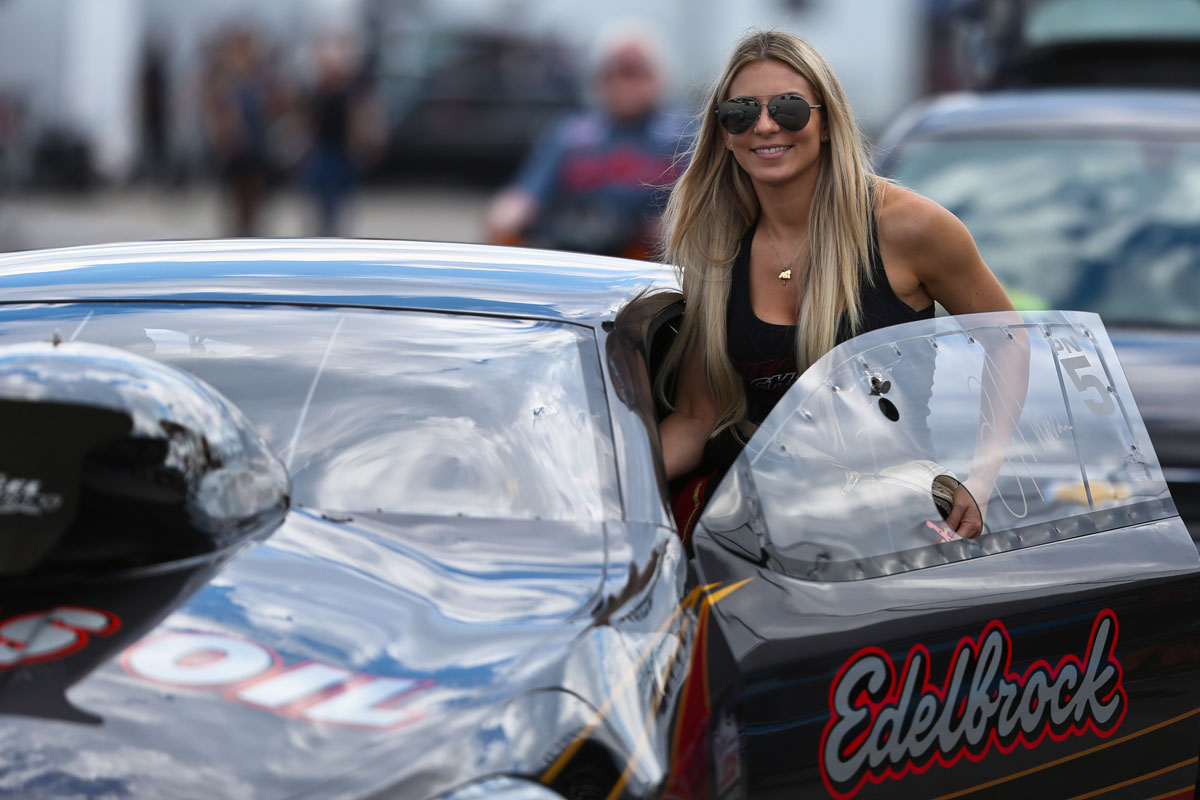 After struggling at the season-opening race, a quick turnaround might just be the perfect remedy for the Musi Racing Pro Nitrous team.

Just two weeks after the Professional Drag Racers Association (PDRA) started its 2020 season at GALOT Motorsports Park, Lizzy Musi and Musi Racing will look to get on track at this weekend’s PDRA Carolina Showdown at Darlington Dragway.

It’s a short stretch between races, but it’s also an opportunity to rectify the first-round loss at the opener in the Frank Brandao-owned Edelbrock/Lucas Oil “King Kong 7” 2018 Dodge Dart.

The team struggled all weekend at GALOT, leading to plenty of hard work and changes heading into Darlington.

“I don’t like to narrow it down to one thing, but we’ve changed a lot heading into Darlington,” Pat Musi said. “We’ve put some things back to where they were when we ran fast, so I think we’ll be good. (GALOT) was a tough one, but everybody is upbeat and ready to go. We’ve got good info and data from Darlington, so I like our chances. I think we’ll be okay.”

Musi noted the changes came in a multitude of areas — tires, torque converters, power management and more — and is confident the weekend will look more like the very first race of the 2020 racing season, when Lizzy rolled to the win at the U.S. Street Nationals preseason event in January.

That didn’t happen at the PDRA debut, as the team couldn’t find its rhythm during qualifying, entering eliminations from the No. 13 position. The rough weekend continued in the form of a first-round loss, but Musi has seen significant strides in the past two weeks.

The race wasn’t a total loss, either, as Pat Musi Racing Engines customer Tommy Franklin impressed en route to the Pro Nitrous victory, but Musi is eager to enjoy some PDRA success of his own in 2020.

The team has consistently performed well at Darlington, which has the team feeling good even if weather again becomes a factor this weekend. The new Edelbrock/Lucas Oil racing rig also drew rave reviews and Musi noted the convenience it has already provided, which has paid off during the quick turnaround between races.

“This new rig makes it easy to work out of and we’ve got everything ready to go,” Musi said. “We’ve worked hard between races and we’ll be prepared. We found some stuff and I’ve got confidence in everyone. We all want the car to run well, and we’ve got enough good people on board to get it figured out. We’re ready to make some really good runs.”

The PDRA Carolina Showdown begins with testing on Thursday, followed by three rounds of qualifying on Friday and eliminations on Saturday. A limited number of spectators will be able to attend the race following discussions with state and local government officials. Tickets are $20 for Friday or Saturday, and children 10 and under are admitted free with a paid adult.