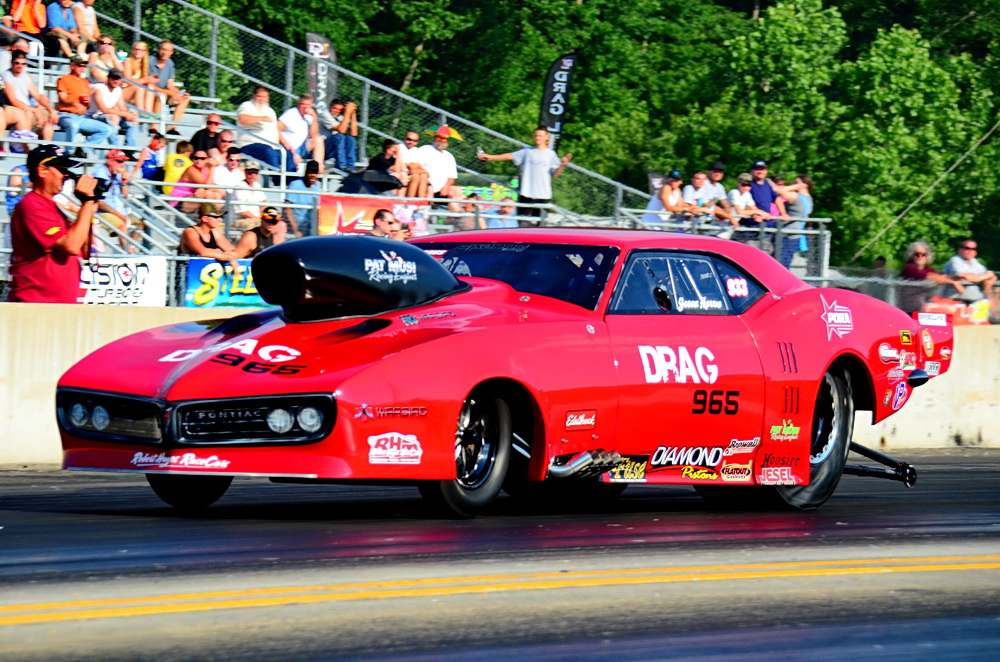 As the 2014 racing season wears on racers using Pat Musi Racing Engines have continued to establish themselves as the dominant forces in their respective categories, led by Jason Harris and his four consecutive Professional Drag Racers Association (PDRA) Pro Nitrous wins. 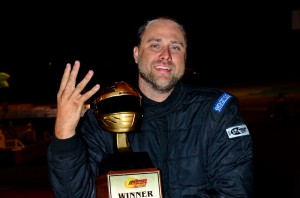 Harris extended his undefeated season June 28 by capturing the inaugural PDRA Summer Drags title at US 131 Motorsports Park in Martin, MI. In the PDRA’s brief history, no one except Harris has left an event with a Pro Nitrous trophy.

“It’s unreal; we’ve had a fantastic season. Everything has worked so well ever since we unloaded for the first time at Rockingham (NC),” Harris said. The latest Pat Musi Racing Engines 903 EFI engine sits between the framerails of his ’68 Pontiac Firebird “Warbird” built by Robert Hayes Race Cars. The combination has been lethal for Harris’ Pro Nitrous opponents, enabling the car to click off eighth-mile runs in the 3.70-second range at 200 MPH seemingly at will.

Pat Musi’s daughter, Lizzy, has made headlines during her rookie campaign in Pro Nitrous and came close to putting together a perfect weekend in Martin. The dynamic 23-year-old rocketed to the number-one qualifying position in “King Kong 5”, the Jerry Bickel-built 2010 Dodge Stratus owned by Curacao’s Frank Brandao and formerly driven by her father. Musi unloaded with a 3.791 in the opening round of qualifying that put her at the top of the field and she carried that momentum into raceday, running a string of 3.70s on her way to the final round, including a new PDRA Pro Nitrous record 3.765 in the semi-finals. The semi-final matchup with another Musi-powered car, Tommy Franklin’s ’68 Camaro, was the quickest side-by-side race in PDRA Pro Nitrous history; Musi’s 3.765 edged Franklin’s 3.776 by five thousandths of a second at the finish line.

Musi had the car to beat going into the finals, but a malfunctioning nitrous solenoid prevented her from staging the car and Harris streaked to the win on a bye run.

“It was an unbelievable weekend for us and our engine customers,” Lizzy Musi said. “Five of the top seven qualifiers in Pro Nitrous were running Musi engines and it was an all-Musi final round. We were hoping to get that first win, but it just wasn’t meant to be. We’ll regroup and get ready for the next PDRA race thanks to the support of Lucas Oil, Edelbrock, and our newest sponsor, Drag 965. My dad worked with Shaikh Mohammad Al Sabah of Kuwait and his Drag 965 team over in Qatar and now they’ve come on board with our team and with Jason Harris’ team. We’re so happy to have their support and we look forward to representing them the rest of the year.”

“The performance of all these cars this year really speaks for itself,” said Pat Musi. “We’ve worked hard to get to this point and we’re working just as hard to keep moving forward. We’ve really been focusing on gains with our cylinder head and camshaft programs, as well as increasing our parts inventory and scaling our operation to accommodate new customers.

“I feel very confident that we will have a car in the 3.60s before the year is over.”