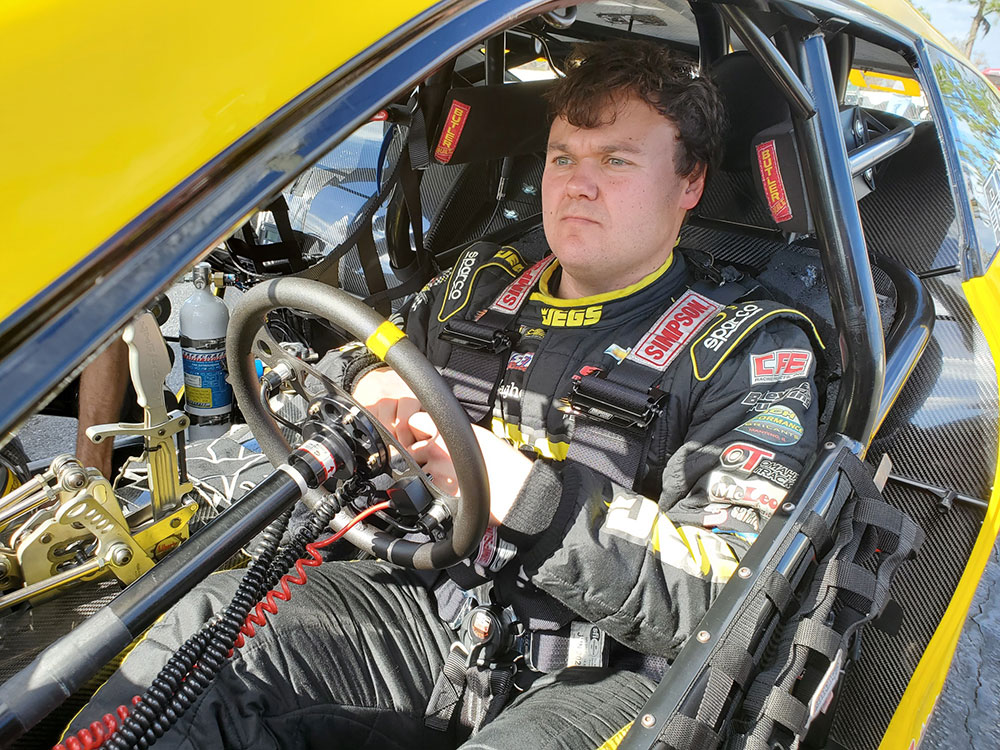 It’s been a wild few years for Troy Coughlin Jr., but the young standout wouldn’t have it any other way.

Since being named to the 30 Under 30 list in 2015, Coughlin has dipped his racing toes in a little of everything, including Top Fuel, Top Alcohol Dragster and, in 2020 for the first time, Pro Stock.

That afforded him the chance to race alongside his uncle, Jeg Coughlin Jr., during his final full-time season in the class, which is something that will stick with him for a long time.

“It was emotional seeing uncle Jeg roll down that return road for the last time. I shed a few tears watching that and thinking about all the things he’s taught me,” Troy Coughlin Jr. says. “He’s always been a hero to me and he definitely earned ‘The Natural’ nickname because he’s the best we’ve ever seen. I still have plenty to learn from him and I know he’ll always be there for me.”

Without question, Coughlin has shown impressive natural talent in the sport. He’s still active in the sportsman ranks, but made some big moves during the 2020 campaign after winning back-to-back Top Alcohol Dragster regional championships.

He made his Pro Stock debut at the Drag Illustrated World Doorslammer Nationals in March, almost immediately proving his worth in a class that often isn’t kind to young newcomers. Coughlin beat back-to-back world champ Erica Enders in eliminations at the race, putting him on an impressive path.

The major highlight came at the third Indy race after the NHRA restart in July, where he matched up with his uncle in the final round. The elder Coughlin remained the teacher, but it was a remarkable moment for the younger Coughlin, who time and time again proved his worth in a class loaded with standout drivers.

“This year was probably the pinnacle because, without question, Pro Stock is the most challenging category of all,” Coughlin says. “It’s the most cognitive workout you can have in a race car between executing good burnouts, working the clutch and hitting the shift points just right, to keeping the car straight all the way down the track. It’s such a challenge to try to make a perfect lap every time knowing a perfect lap doesn’t really exist.”

He finished 13th in the standings despite missing the first two races of the season, posting five round wins in the JEGS.com/Elite Motorsports Ford Mustang and a number of incredible memories along the way.

“I’ve said since the beginning I’m the luckiest kid in the pits and I still feel that way,” Coughlin says. “Having had the opportunity to drive so many different cars in a bunch of different classes, and to have had the crews I’ve worked with through the years, is just incredible.”

His talent in Pro Stock is obvious, as Coughlin was strong on the starting line and a natural in the Mustang. But he hasn’t committed to the class in 2021, keeping his options open for a year that will certainly include plenty of racing – one way or another.

“I’m not sure what’s next for me but whatever it is,” he says, “it can’t come soon enough.”