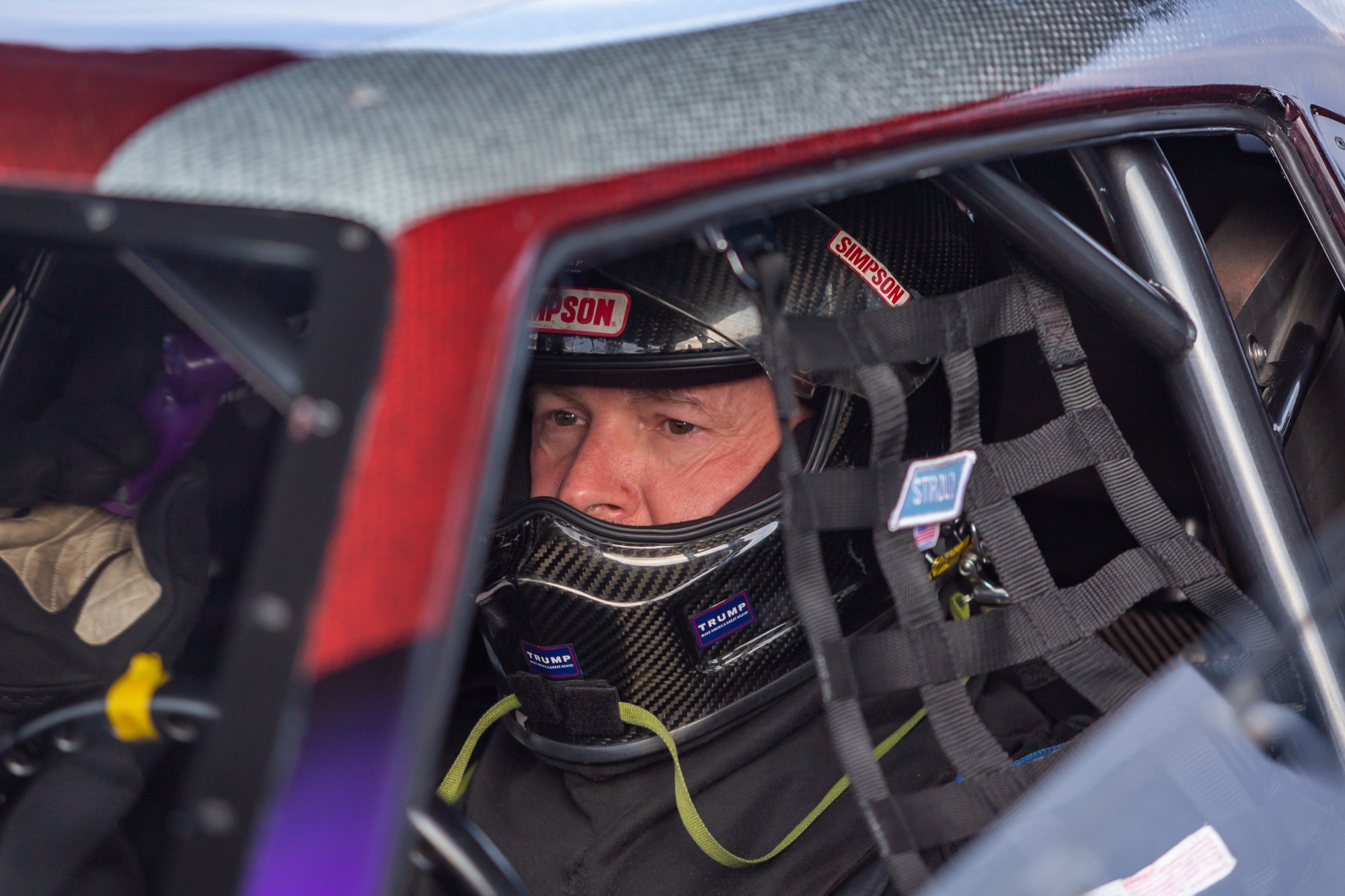 Ron Muenks started driving for Dave Pierce eight years ago and while things haven’t always gone according to plan, Muenks and the team never wavered in their drive to grab a victory in Pierce’s nitrous-powered purple Camaro.

The payoff has come in 2020 of all years, with Muenks adding another bow on his magical year on Sunday.

The veteran traversed through a star-studded field at the Shakedown Nationals at Virginia Motorsports Park, capping off a record-filled weekend with the biggest win in his career and collecting the $20,000 prize with his run of 3.655-seconds at 206.64 in the final round.

“I’m still in shock right now,” Muenks said. “Dave Pierce and this team have put so much time, effort and money into this program and we’ve got it dialed in. It took eight years to get to this level. I still can’t believe we won on the biggest races of the year, the Shakedown Nationals. There’s only one of those (in Pro Mod) each year and we’re on that winner’s list now.”

Muenks joins that prestigious list for an event that celebrated its 18th year in 2020, while the veteran’s breakout performance this year came after plenty of perseverance.

With Jeff Pierce doing a masterful job making the tuning calls and a switch from bullhorns to zoomies paying major dividends, Muenks has been nearly flawless in limited action this season.

He’s won two Mid-West Drag Racing Series events and blew through a loaded Pro Mod field over the weekend at the Shakedown, ousting the likes of Dean Marinis, Khalid AlBalooshi, Jay Cox and Todd Tutterow before knocking off Matthew Deitsch in the finals.

Muenks could only marvel about the incredible progress his team has made, following the lead from Pierce’s stellar tuning calls.

“Our team works so well together,” Muenks said. “Jeff has the tune-up down and it’s just a whole team effort. I have 100 percent confident everything is done to perfection when I go to the starting line. I don’t have to worry about anything. Everyone does their job to a ’T.’

“We put a set of zoomies on it and it’s been a night and day difference. Jeff has it figured out from there and I could just feel that power in my car.”

That was noticeable almost off the bat, as Muenks blasted to a career-best of 3.625 at 207.02 in qualifying, taking the fifth spot in a Pro Mod field that saw 11 drivers run in the 3.60s. Muenks led a talented group of nitrous heavy-hitters, with Jim Halsey, Tommy Franklin, Chris Rini, Lizzy Musi, Marinis and Cox following right behind him.

“I was ecstatic about that, qualifying better than all those nitrous cars,” Muenks said. “That gave us a lot of confidence.”

He edged past Marinis in the second round, using a holeshot to beat the veteran and running a 3.639 at 207.05 to advance to the quarterfinals.

Muenks was again dynamite on the starting line, beating Cox wire-to-wire with a 3.625 at 207.82. A round later, and with a trip to the finals on the line, Muenks put up a .015 reaction time against No. 1 qualifier Tutterow, racing past him when Tutterow ran into immediate tire shake. Muenks had to do a quick pedal job, but got right back into it, sending him to the finals.

“I thought that was going to be a heartbreaker, but I never did hear him,” Muenks said. “To beat King Tutt, that’s something. These guys there, they’re the baddest on the planet. Halsey set the world record and you’ve got all sorts of world champions. It was the baddest racers on the planet. They’re all bad to the bone, capable of setting records and popping off a huge number, so we were just trying to concentrate and do our job.”

Muenks was workmanlike, but hitting 3.625 twice and a 3.655 in the finals also meant he was spectacular, especially when it counted.

Muenks was stunned when he crossed the finish line first in the final round, thankful for how things have played out after several up and down years trying to find his place in the class.

But he’s supplanted himself as a premier competitor — and now has one of the biggest eighth-mile Pro Mod wins to prove it.

“It’s just unbelievable. All that hard work from everyone has definitely paid off,” Muenks said. “This is an absolutely killer morale-booster.”