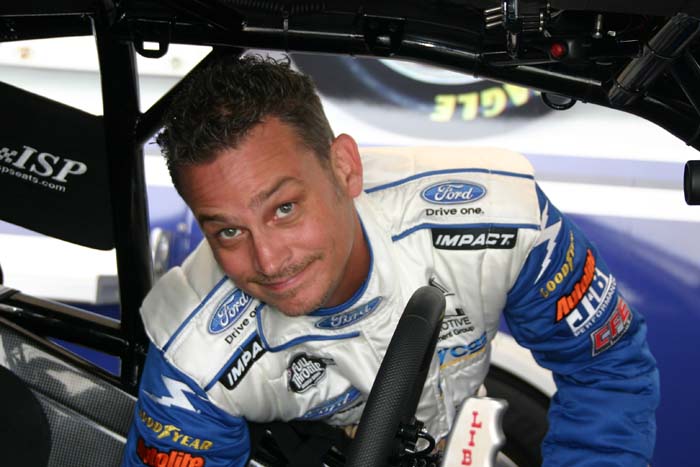 Nothing inspires a break like from a break than the largest drag racing sanctioning body in the world, creating a place for your favorite class to race.
The NHRA’s decision to make the Mountain Motor Pro Stock division part of its 2020 competition platform was all the motivation Patrick, a past series champion of the large displacement style of drag racing needed to throw his hat back into the ring.
Patrick will drive a Jerry Haas-built Mustang with Ford-power from Sonny Leonard.
“Dad and I were talking, and we just happened to catch one of those Mountain Motor NHRA races on TV,” Patrick explained. “Our dream was always to race NHRA, but back in those days, we had to run 500-inch engines, and abandon our mountain motor program we had going back then.
“Now it was always a dream of mine to run a mountain motor car in NHRA, but it was an idea which never seemed like it would happen. Pro Modified was fun, and we did well, but it wasn’t what we really wanted to do. Don’t get me wrong Pro Modified is a great class, but my heart was always in racing naturally aspirated.
“Dad was never really a fan of the nitrous stuff, and so when this came about, I just felt like it was a chance for us to get back out here, and race together again doing something we both love.”

Patrick admits he never thought he’d see the day when the politics of racing would take a back seat to an awesome show. As he sees it, this style of Pro Stock is as exciting as it gets.
“Never thought I’d see the day Pro Mods would be in NHRA, much less Mountain Motor Pro Stock,” Patrick admitted. “But here it is, and I do believe this will all take off. I knew when the 500-inch car counts started to fall off; if there was some way they could get the mountain motor cars in there, either by integrating with the 500-inch cars or giving them their own class, it was going to be great.”
As it stands now, Patrick and veteran Pro Stock wrench Tom Peirson will handle the crew chief duties. He plans to race six NHRA Mountain Motor events and fit in PDRA events when the schedule doesn’t conflict.
Patrick has lofty goals.
“I really want to go out there to try and qualifying No. 1 and win each race,” Patrick admitted. “But I will be just as happy to get out there and help create a high level of excitement for the class. I want to do my part to get the fans behind this class, and let the NHRA see what a great deal these cars are.”