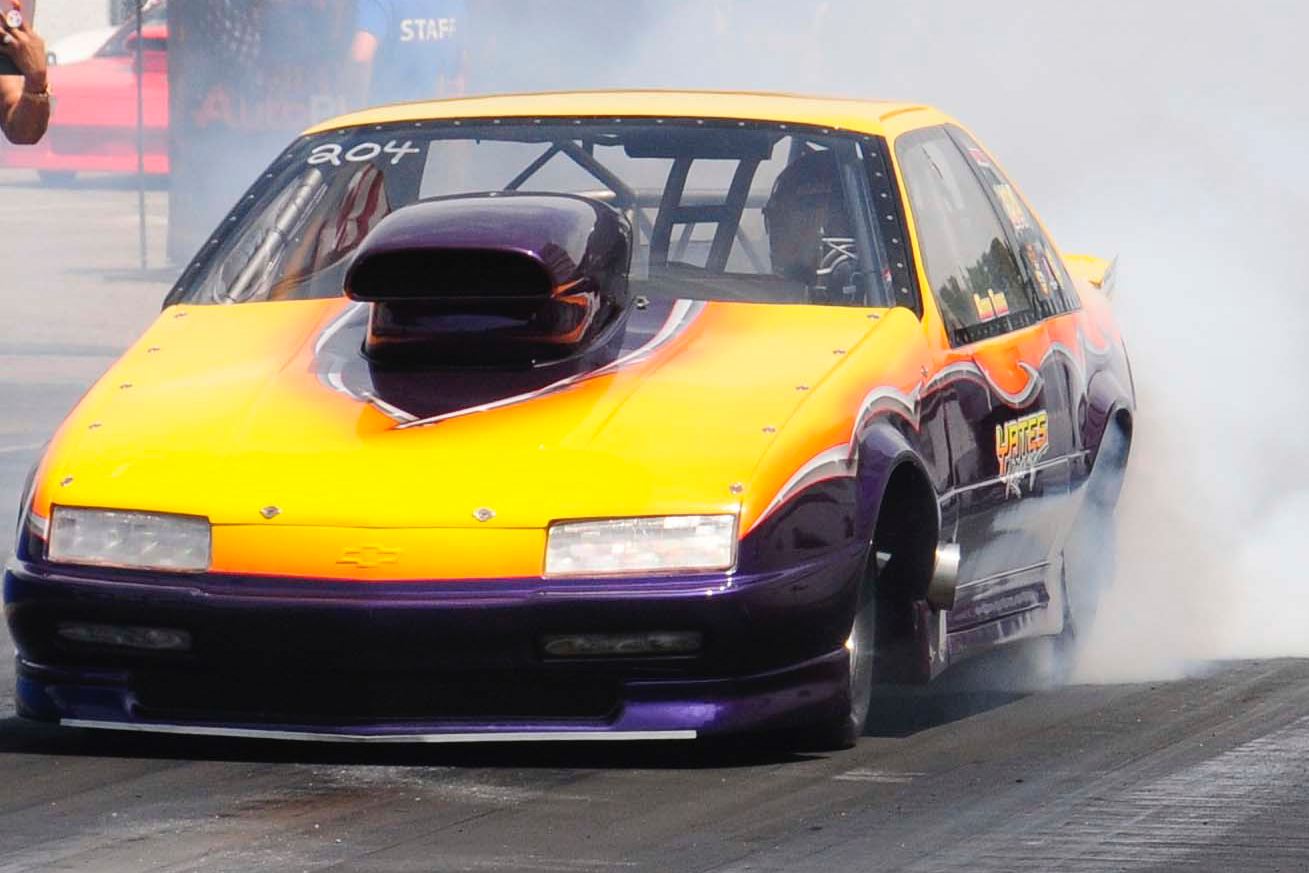 J & R Productions Top Dog Quick 16 has held one event this season, previous to the August 7 event with a third coming up on October 1-3 at Maryland International Dragway in famous Budds Creek, Maryland. The series, in its first year of competition, is the brainchild of JP Miller, of Miller’s Performance in Charlottesville, VA. JP has put his heart and soul into the three race season, and it shows with a 16-car field and great supporters like MacFab Beadlocks, Andy Beal, Billy Albert, and Charlie Buck, to name a few.

These drivers have a very diverse group of cars that prove to be highly consistent and that is the name of the game. There are older Barettas and Luminas along with newer Corvettes and Camaros with new Mustangs to spice up the field.

The No. 1 qualifier award, on this day, presented by Wytheville, Virginia’s very own Billy Albert, went to North Carolina’s Chad Tilley, who is coincidentally leading the points in the Mad Dawg 4.50 group competing at Farmington Dragway and Mooresville Dragway. The No. 1 qualifier bounty went to Jeremy Coffey and was presented by MacFab Beadlocks. Other supporters include: Page Racing Engines, Tibbs Paving, Beal Racing Engines, Competition Products, Riverside North, BRODIX Cylinder Heads, Leonard Love and Miller Performance.

Semifinalists were Tracy Fleschon and Mitchell Sylvester. This set the stage for the finals between Jeremy Hoy in the beautiful Dave Hunt Racecraft Pontiac GXP against the Chevrolet of Andyman Tibbs. The win went to the Pontiac of Hoy, who used consistency to prevail.

The history of this series starts only a few months before the end of 2020, with two friends discussing the need for a program for local Top Sportsman-style cars, but with serious sponsors to enable a 16-car field at each show. Thus, JP Miller, and good friend, Rondell, put the program together and the first race was held earlier this year at historic Colonial Beach Dragway with Michael Pinder winning. The October event will be held in combination with the Northeast Outlaw Pro Mod Association event on the Oct. 1-3 and should provide fans with the best in competition for the person who is a doorslammer fanatic.

For 2022, the plan is for 5 races and the addition of new tracks in North Carolina. So if your track is in the market for a great, highly competitive door car event, contact JP Miller at J & R Productions. You won’t be sorry.