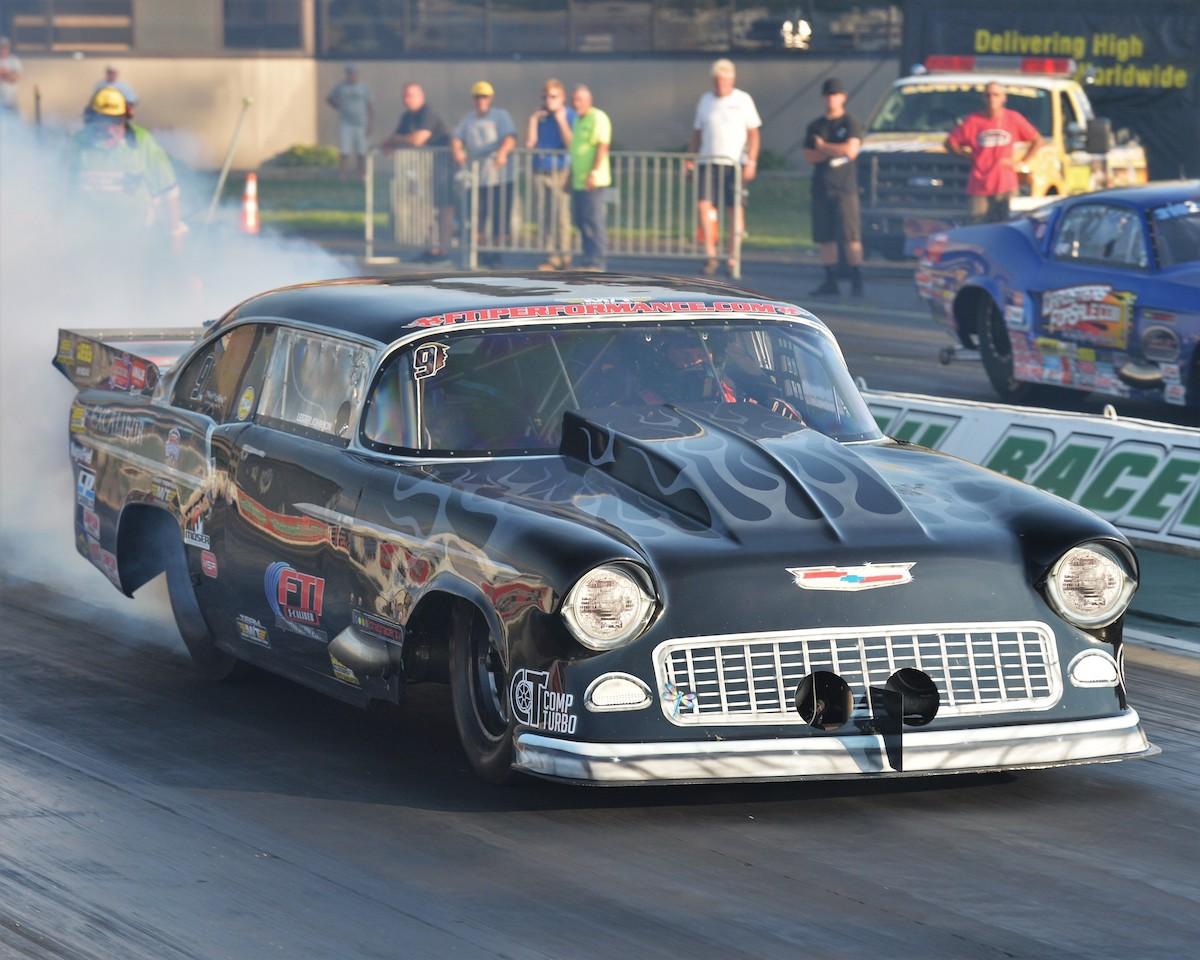 Build it and they will come.

The NHRA North Central Division and JEGS Mail Order worked together to organize JEGS Speedweek, which kicked off Thursday with more than 600 of the nation’s best sportsman drag racers getting to work at National Trail Raceway.

Affronti drove his Chevy Cobalt to a run of 7.337 seconds to lead the Comp Eliminator field. A finalist at the 1999 U.S. Nationals, Affronti was able to hold off Ronnie Bohn, Scott Chamness, and Greg Kamplain, who all made solid qualifying runs themselves. Defending JEGS SPORTSnationals Comp winner Terry Smith is seeded No. 10 in the field. Smith can earn the coveted JEGS Crown trophy should he prevail during Sunday’s final eliminations.

Racing in his home state, South, who hails from of Pickerington, Ohio, topped a 98-car field of Super Stock drivers with a run of 9.908 seconds in his Pontiac G5. South’s closest pursuers include Bill Rink, Andy Kronenbitter, and Tony DePillo. Defending race winner Dan Steed, of Radnor, Ohio, is solidly in the field with his vintage ’66 Chevy II and will have an opportunity to score back-to-back SPORTSnationals titles this weekend.

In Stock Eliminator, a massive field of 140 drivers is competing for 128 qualifying spots and the current king of the hill is Summers with a run of 13.74 seconds in his ’77 Ford Mustang. The top four qualifiers include Bill Dyer, Jim Marshall, and Dave Walther. The defending event winner is four-time world champion Jeff Taylor, who is driving the JEGS.com Dodge Challenger Drag Pak normally raced by Pro Stock ace Jeg Coughlin Jr. Taylor ran a best of 9.713-seconds to secure the No. 12 starting spot.

Johnson is the qualifying leader in the Oakley Motorsports Top Sportsman category after a run of 6.237 seconds at more than 234 mph in his unique ’55 Chevy. Johnson holds a sizable lead over No. 2 qualifier, Jeff Melnick, who ran a 6.434, and Eric Burnett, who is third with a 6.445. The 27-car Top Sportsman field includes four drivers who earned top-10 finishes last season. 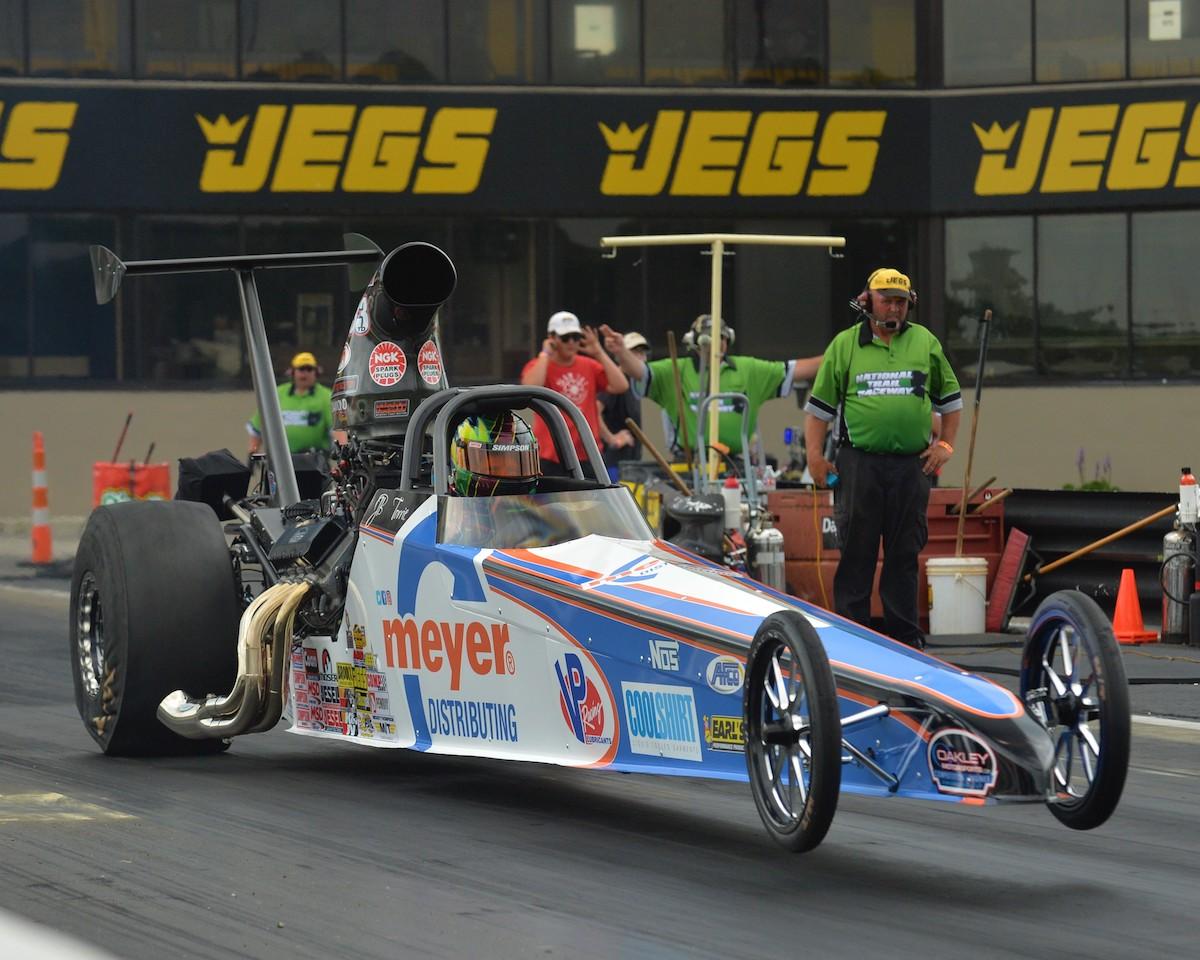 Strassweg earned the top seed in his Oakley Motorsports Top Dragster class following a run of 6.137 seconds. He was able to hold off defending world champion and JEGS SPORTSnationals winner Danny Nelson, who recorded a best of 6.168 seconds. Danny Waddle Jr. and Phillip Oakley round out the top four qualifying spots, while Team JEGS driver Mike Coughlin is the No. 9 seed after a 6.244-second run. Coughlin, the reigning Division 3 champion, is one of the most successful racers in the history of the JEGS SPORTSnationals with four career victories.

JEGS Speedweek continues at 8 a.m., Friday, with final eliminations for the North Central Division Lucas Oil Series event. The event schedule also will include qualifying runs for competitors in the Top Alcohol Dragster and Top Alcohol Funny Car classes, which are making their first SPORTSnationals appearance since 1985.