The Mopar HEMI Challenge will once again have National Hot Rod Association (NHRA) Sportsman enthusiasts revved up as Mopar-powered SS/AH (Super Stock/Automatic-HEMI) class competitors prepare for a showdown on the quarter-mile drag strip at Lucas Oil Raceway for the prestigious U.S. Nationals in Brownsburg, Ind., Aug. 29–30, for a 13th consecutive season.

The Mopar HEMI Challenge, which debuted at the 2001 U.S. Nationals, features 1968 HEMI Dodge Darts and Plymouth Barracudas, the classic muscle cars that contributed to the brand’s legendary reputation and success at the drag strip, engaged in a quarter-mile battle. 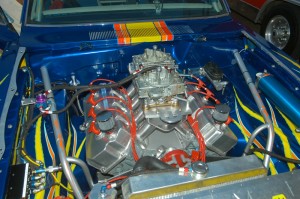 This year’s edition will see competitors vie for a $15,000 first place award, the iconic HEMI Challenge trophy and newly added prize, a custom Mopar winner’s jacket. Also a new feature to the Mopar HEMI Challenge is an added cash prize payout to the full 16-car field competing in the elimination rounds scheduled for Friday, Aug. 30.

“We’re very proud of how popular our Mopar vehicles have remained since their introduction over 40 years ago, especially because of the passion we see from sportsman competitors and fans,” said Pietro Gorlier, President and CEO of Mopar, Chrysler Group LLC’s service, parts and customer-care brand.

“We can’t emphasize enough how much the NHRA Sportsman drag racers that compete in the Mopar HEMI Challenge are truly the backbone of the sport. In recognizing our roots and their dedication to the brand and drag racing, we’re always looking at ways to improve competition and support our sportsman racers. We’re doing that with a very strong Contingency Program, the Mopar HEMI Challenge, the addition of the Tom Hoover Sportsman Challenge, and our Sportsman Barbecues.” 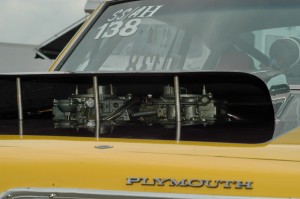 “The Mopar HEMI Challenge has become an integral part of the world’s most prestigious drag race and the winners of this specialty event add to the lore of the race,”NHRA President Tom Compton said. “To continue this partnership for 13 years shows the dedication and commitment Mopar has to the NHRA and to NHRA sportsman racing which is a key component in the sport of NHRA drag racing.”

Part of the support offered to Mopar-powered grassroots racers competing in the 2013 NHRA Mello Yello and Lucas Oil Drag Racing Series is a contingency program with financial awards for those running with specified parts, as well as three sportsman barbecues held at the Gatornationals in Gainesville, Fla., Mopar Mile-High Nationals in Denver, and the U.S. Nationals in Brownsburg, Ind. 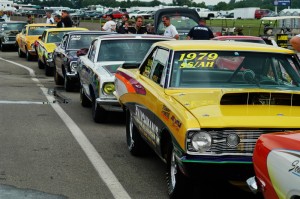 In anticipation of next year’s 50th anniversary of the 426 Race HEMI engine, Mopar also established the “Tom Hoover Sportsman Challenge” at the start of the 2013, with a winner selected from the Sportsman Stock or Super Stock classes by amassing the most points at the wheel of a Chrysler Group vehicle in the course of a season during NHRA sanctioned races nationwide.

The victor will be awarded a $4,260 purse, as a nod to the 426 HEMI, and presented with a special commemorative Mopar trophy, as well as a custom Mopar winner’s jacket. All national event winners will continue to be eligible for the “Mopar National Event Winner” decal to proudly display on their Chrysler vehicle.