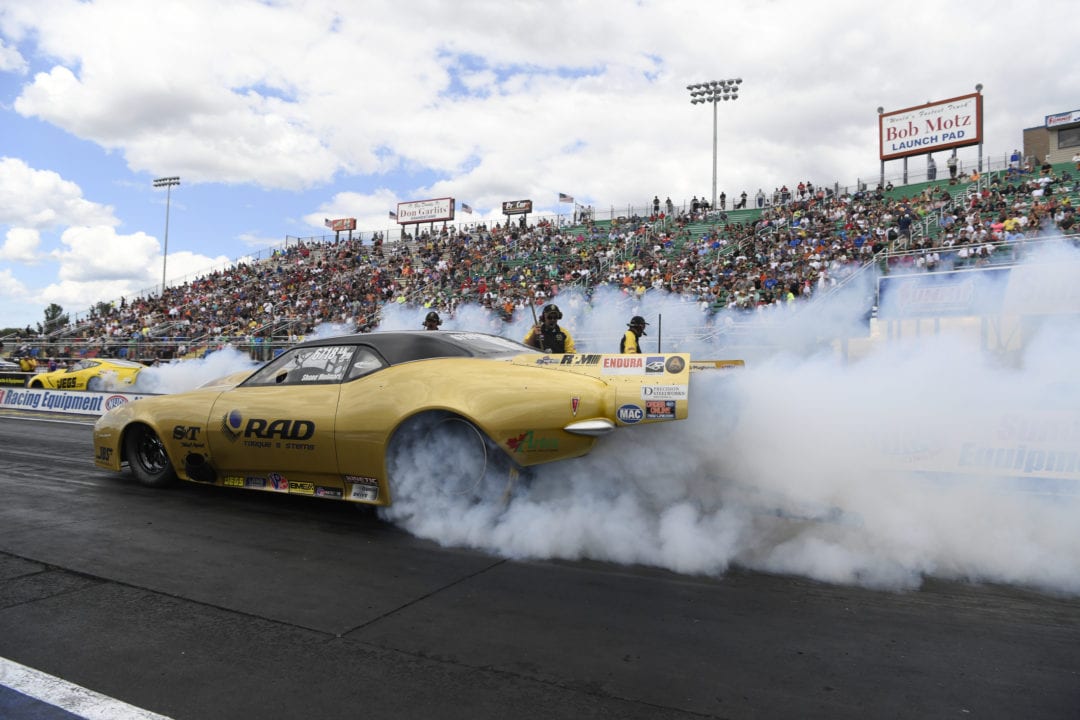 Shane Molinari raced to his first career NHRA J&A Service Pro Mod Drag Racing Series victory Sunday at the Summit Racing Equipment NHRA Nationals at Summit Racing Equipment Motorsports Park. This weekend’s Pro Mod racing, presented by the Real Pro Mod Association, was the eighth of 12 events on the 2017 schedule.
The finals were a re-match from the race in Bristol where Molinari faced off against Troy Coughlin who took that event win. In Norwalk, Molinari was able to reverse the outcome for the victory.
Coughlin had an early advantage off the line but lost traction past the 330-foot mark and Molinari posted a winning run of 5.779-seconds at 257.09 mph in his S&T Truck Repair Inc. ’68 Firebird to the trailing run of 11.743 at 69.91.
“It’s unbelievable, it’s way cool,” said Molinari. “I mean, all my guys worked super hard and it’s just an awesome feeling.”
Mike Castellana retained the points lead in the category with a 82-point lead over Coughlin.
NHRA J&A Service Pro Mod Drag Racing visits Indianapolis, Ind. for the Chevrolet Performance U.S. Nationals at Lucas Oil Raceway at Indianapolis, Aug. 30-Sept. 4.