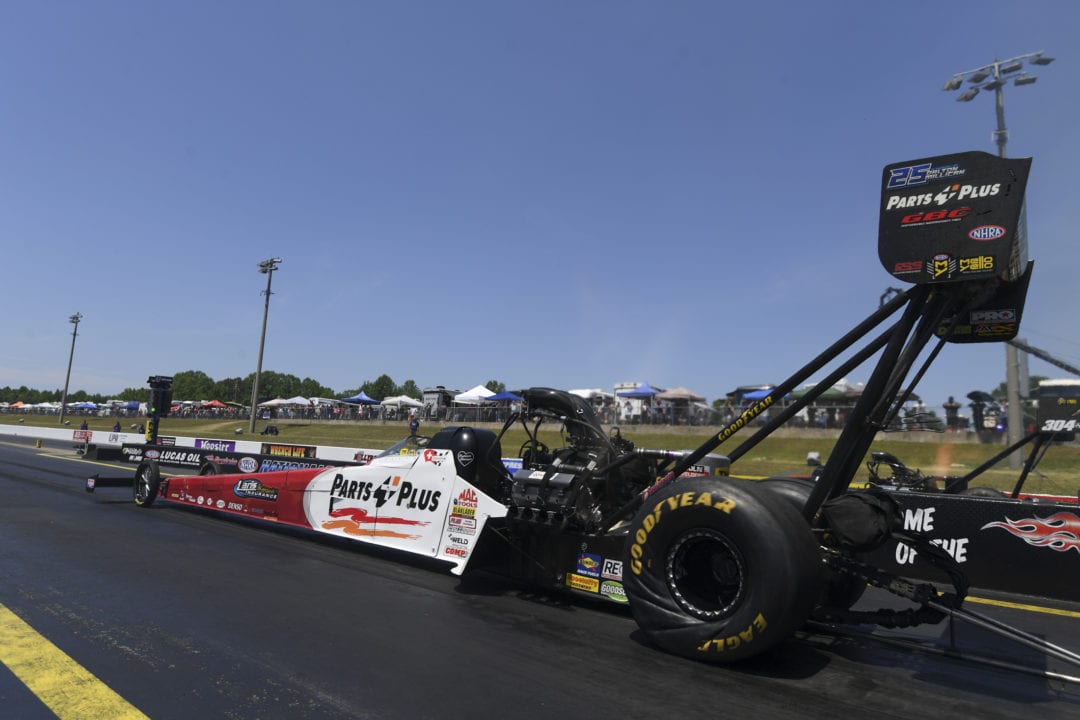 Clay Millican locked-in his first Top Fuel No. 1 qualifier of the 2019 season Saturday afternoon following setting the track E.T. record during the first round of qualifying at the second annual Virginia NHRA National at Virginia Motorsports Park.

Millican claimed his 21st career No. 1 qualifier after his pass of 3.749 at 325.30 set the track E.T. record Friday evening in his Parts Plus / Strutmasters.com dragster. He will be chasing his first win of the season and fourth of his career when he lines up against Dan Mercier Sunday morning for the first round of eliminations.

“From the guy that qualified 12 times last year and only won twice, qualifying No. 1 doesn’t mean you’re going to win,” Millican stated. “Mike (Kloebler, crew chief) said we need to turn on win lights and that’s our game plan. This car has made a lot of No. 1 qualifiers, but our goal is to go consistently down the racetrack and turn on win lights. I’m not going to lie; qualifying No. 1 is pretty cool.” 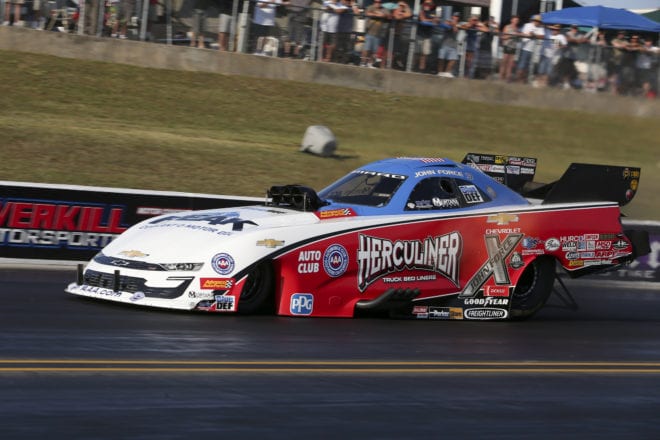 J. Force’s pass from Friday evening of 3.899 at 321.88 in his PEAK Coolant and Motor Oil / Heculiner Chevrolet Camaro set the track E.T. record and remained strong through Saturday’s qualifying efforts. He secured his second No. 1 qualifier of the season and 157th of his career.

“I’ve got to give credit to Daniel Hood (crew chief), Brian Corradi (crew chief) and the entire team that make it happen,” Force said. “They gave me a good car. It was a little warm but that gives us our race day tune up and we’re ready. I still say to the (Franklin) family that bought this track that this is the best surface and that .89 broke the track record. I want to thank them and that is very important.”

Pro Stock three-time world champion Line’s pass from Friday evening of 6.563 at 210.11 in his Summit Racing Chevrolet Camaro stood strong through qualifying on Saturday. This is his first No. 1 qualifying position of the season, first since Las Vegas 1 2017 and 54th of his career.

“I’ve got a really good race car right now,” Line stated. “I feel good about it. It’s really nice to get a green hat and I didn’t even know they still gave them out. We did test during the break so we’re not any worse off but it really was good for us. We didn’t make any mistakes, learned a lot and I feel like tomorrow we will have a great race day.”

In Pro Stock Motorcycle, the Harley-Davidson team leads the category securing the first two positions. Hines clinched his second No. 1 qualifying position of the 2019 season and 44th of his career with his run of 6.812 at 196.42 on his Vance & Hines Harley-Davidson Street Rod. Eddie Krawiec sits in the No. 2 position following his pass of 6.822 at 197.51.

“Our team does a great job in the heat,” Hines said. “We are learning our setup in this hot weather. Typically, I don’t look forward to the middle of the season because that is typically when our struggles start to happen for our team. It seems like we are hitting our stride right now in this 90-degree weather. We will take it as it comes.”

In the E3 Spark Plugs NHRA Pro Mod Drag Racing Series presented by J&A Service, Khalid AlBalooshi claimed his first No. 1 qualifier of the season, racing to a pass of 5.774 at 257.28 in his Chevrolet Camaro that made its second appearance. 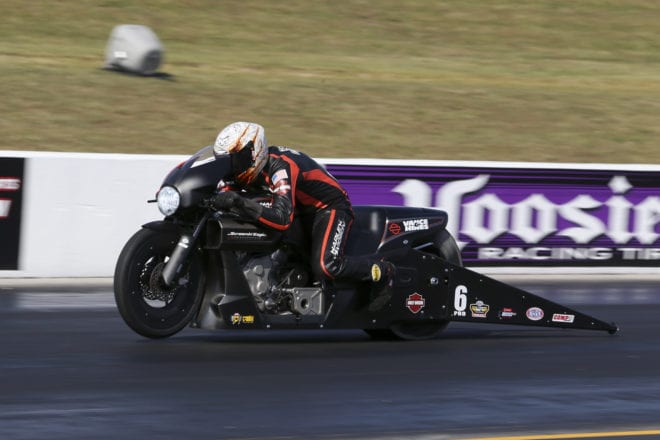