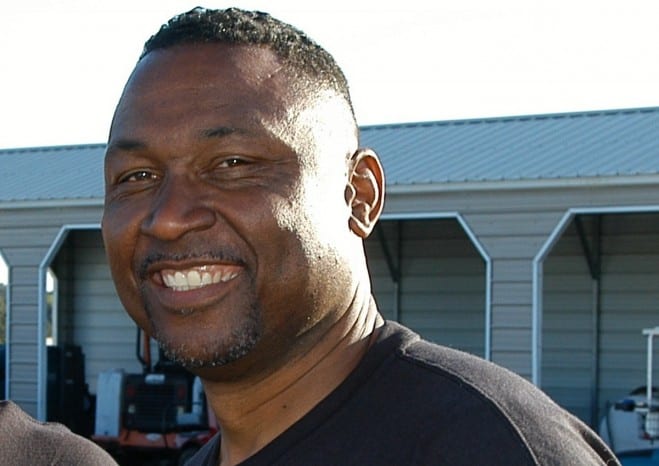 Longtime fast doorslammer fans will recognize Mike Hill as an Outlaw 10.5 star from the mid- to late-2000s on the Outlaw Racing Street Car Association (ORSCA) circuit and later in the ADRL Extreme 10.5 and Pro Nitrous ranks. But these days the Washington, Georgia, native mostly stays busy as an outlaw drag racing promoter of small-tire drag radial events and Pro Mod shows at various tracks in the southeast.

He also serves as crew chief for the ’68 Camaro nitrous Pro Mod of George Williams III, among other entries, while currently waiting for his own ’68 Camaro to be returned from Precision Chassis in Pottstown, Pennsylvania, after chassis updates are completed. “Doug Kline, he’s the owner up there at Precision and he’s been a good, good friend of mine for a long time,” Hill says.

Hill recently spent a few minutes with DRAG ILLUSTRATED, discussing his current efforts in racing and plans for next season.

What got you started in promoting?

It was 2000 when I started working with George Howard up at Huntsville Dragway. I was actually in on that first $20,000-to-win Outlaw 10.5 race there. Back then it just opened my eyes to, man, I was spending a lot of money in racing and you know, why not try to make a living promoting it and try to get some back? I can’t say it’s been overboard, but it’s done its part. I mean, racing’s been good to me and I love being a part of it, whether it’s through promoting or competing or tuning on somebody else’s stuff or whatever.

What’s the biggest challenge to being a drag racing promoter these days?

For sure it’s the weather because there’s really nothing you can do about it if it doesn’t cooperate. But as far as promoting and building excitement I feel like over the years I’ve been able to build pretty good fan and racer relationships and I’ve got a lot of support from a lot of different people. So a lot of people come out and support me—if the weather permits. That’s the big question.

What kind of outlaw drag racing appeals to you the most?

You know, I love the ADRL, PDRA style of racing and honestly I wish I could do that full time but we just can’t right now. The no-time stuff, though, there’s a lot of fans that are really into that. It’s kind of like the market that a lot of people have been missing from drag racing, I think.

There’s a lot of fans, a lot of supporters, and a lot of racers involved that prefer the no-time stuff. And there’s a lot of times when we pay out just as much money at those races as they do at any Pro Mod event. It used to be that everybody just showed up and guys would grudge race, you know, people would bet their own money or have a locked-in grudge race. And fans would come in, sometimes from a long way away just to see one or two locked-in grudge races, but a lot of times something would happen and those races would get called off and there would be a lot of disappointed people.

So we came up with some no-time shootouts, where they’d be for 28s or 29s (tires) or even some Pro Mod-type stuff, which they call Last Man Standing. But anyway, we just felt, let’s just do something with the same guys that are grudge racing, but still do it no time and keep some of that grudge racing feel. This way the fans get to see something for sure and the racers don’t have to bet all their own money—but they still usually bet a little money on the side. So we’ve got most of the same guys; they’re just racing now for the promoter’s and the track’s money.

And we still allow locked-in grudge racing at all of our events if that’s what the racers want to do. I mean, we welcome all grudge racing and at every race that we have in addition to the shootouts we’ll have 10, 15, 20 grudge races that go off all weekend.

Are you satisfied with the current state of outlaw drag racing?

No, not really. We’ve actually been talking about putting together another series kind of like what we had with ORSCA a few years ago. I’ve talked to a lot of racers and I’ve talked to some sponsors that want to get involved in something for the local guys. You know, the local Pro Mod guys, the 6.0, 7.0, 4.70 index guys, maybe a couple of small-tire classes, too. I really want to work hard on that this year and do something with it for next year.

We did talk about it at the end of 2014 but I just didn’t see enough time to make it happen, so right now I think it’ll be 2016 before we can kick it off—if everything falls in place. I’m real busy with the promoting and various cars I work on right now, but I’m also pretty committed to getting this done and I’ve talked to some people about coming on board so I think we can make this thing happen and be pretty successful.

Would this be a regional touring series, visiting different tracks in the southeast like ORSCA did?

Beyond that, what’s next for Mike Hill?

I told (current PDRA Pro Extreme champion) Bubba Stanton the other day that I want to drive a Pro Extreme car. They’re fast and that class has always looked fun to me so I would love to try one out someday.