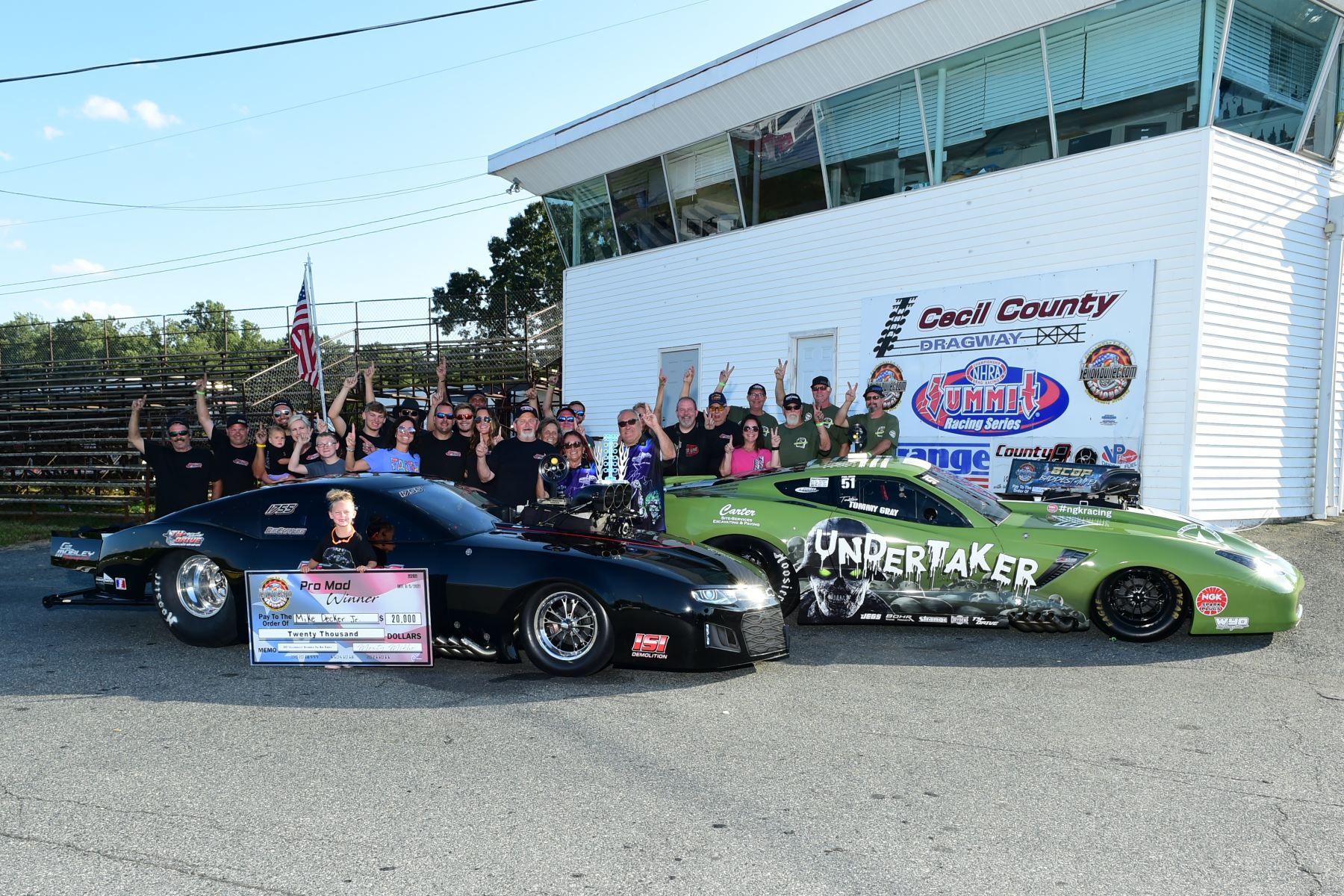 “We’ve been in the finals four or five times [at the Yellowbullet Nationals] before, just never sealed the deal for whatever reason,” said Decker, a former Outlaw 10.5 star. “To us, it’s like winning Indy or something. It was a very emotional win for all of us on our team. It’s just a very big deal and huge accomplishment. We’ve won championships and whatnot, but to win this race is a really big deal.”

Of the 17 Pro Mod entries on the qualifying sheet, 12 were NEOPMA members, including Decker and Tutterow.

With the two Tutterow-tuned cars in the final round, the group felt like they already won the race.

“To beat Jimmy – a two-time Pro Nitrous champion who’s only been beaten by a handful of guys since he got his program right –  then Todd won that round too, we felt like we beat everybody on the property, as a team,” Decker said.

In the final round, the race was almost over before it started. Decker noticed a steady stream of fuel spraying out from the engine as he was backing up from the burnout. A miraculous spare screw left in the right place at the right time allowed Decker’s team to patch up the issue and make the run.

“I thought one of the fuel lines came loose, so I hollered at one of the guys to reach down and snug it up with your fingers or whatever,” Decker said. “They said it’s the inner burst panel. I said, ‘You’ve got two of ‘em, I’m running anyway. I don’t care if I leave here and the motor’s in three pieces, I’m going.’ They found a bolt along the wall in a pile of a rubber and Lee White screwed it down in there and the rest is history.”

“Todd is so good on the tree. He was .040 the round before, but the other round the guy was .004. He’s awesome. I knew he was gonna [stage] shallow, so I was gonna go deep because I needed a head start on him,” Decker laughed.

Decker credited Tutterow for the car’s consistent performance, noting that Tutterow not only tunes the car, he also set up the car with his preferred components, including a Ty-Drive converter drive unit. 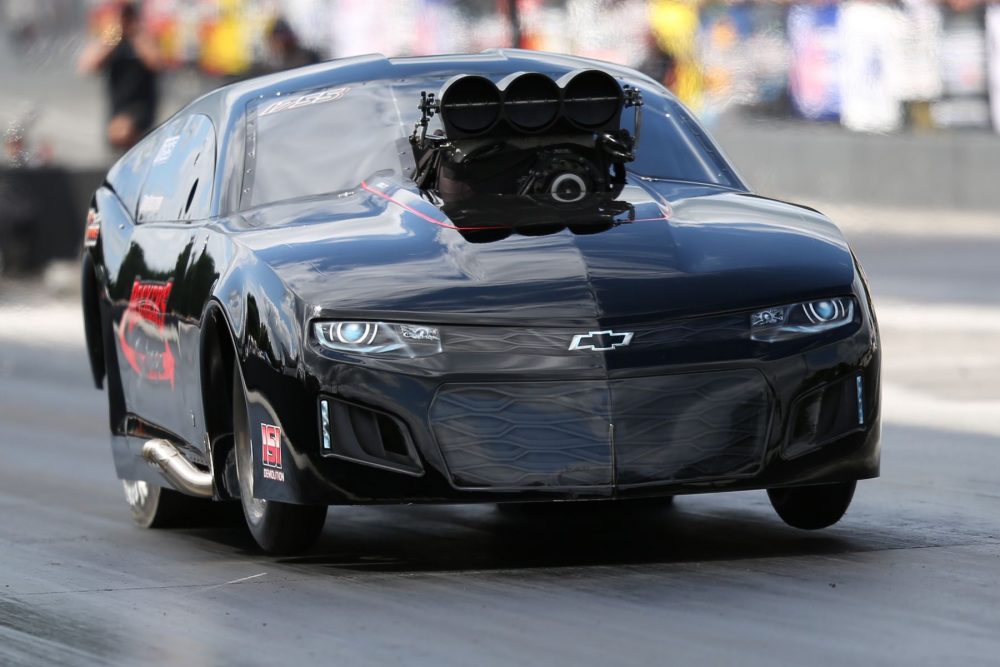 “It’s all his stuff in that car – his gear ratios, his torque converter – everything in that car is his deal,” Decker said. “It’s not our knowledge, it’s his knowledge. He tunes that car for us and he teaches my son [Mike Decker III] how to tune that car. You can hire anybody you want to tune your car, but they’re not going to teach you to tune your car because then they’re out of a job. He’s teaching my son how to tune that car. It’s a big deal.

“I also gotta thank my wife, my father, and my crew,” Decker added. “These guys work on this stuff all the time. They give all their time to work on this. I believe we have the best equipment and the most dedicated guys out there. We got the stuff to get the job done, we just have to close the deal. ISI Demolition is a big sponsor, along with NGK Spark Plugs, Decker’s Salvage, and our partner, Gil Mobley Motorsports.”

Decker’s pursuit of the 2021 NEOPMA championship continues in two weeks at Maple Grove Raceway’s Dutch Classic, September 17-18. He holds the points lead over Fredy Scriba and his nitrous-fed “Sorcerer” ’69 Camaro.

“Coming into the fall months where everybody knows the screw [blower combination] is going to run well, we have two races left and we’re going to go round by round to win that championship,” Decker said. “One round at a time. We went to the final round at the first two Northeast races that we ran. From that point on, we were going to make a march for the championship.”