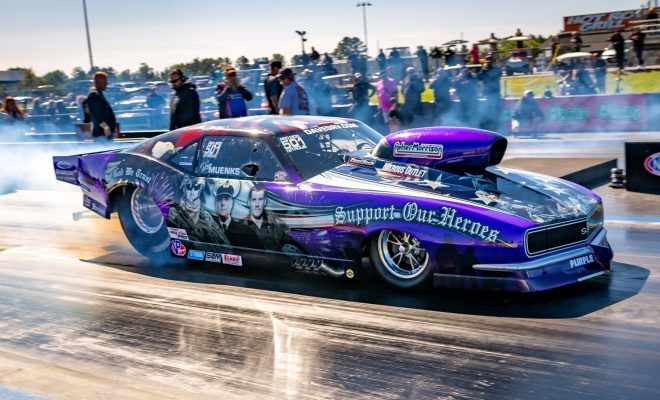 With three tracks appearing on the schedule for the first time, the Mid-West Drag Racing Series released its 2021 schedule on Friday.

In between, the MWDRS will compete at five additional tracks for the other six races, including new stops at No Problem Raceway in Belle Rose, La., Houston Raceway Park and SRCA Dragstrip in Great Bend, Kan.

“We’re 100 percent excited about next year,” Mid-West Drag Racing Series Founder Keith Haney said. “The places on the schedule are places that can have races with fans. Obviously we don’t know what’s going to happen in 2021, but we’re excited about this schedule and we can’t wait to get going.”

The MWDRS worked closed with the PDRA and NMCA to ensure there wasn’t an abundance of races on the same dates, with only one event on each schedule taking place on top of another one.

That’s a positive for every racing organization after a trying 2020 season that had a massive number of reschedules, postponements and cancellations in the midst of the COVID-19 pandemic. It ensures the Pro Mod standouts in the series will have a chance to compete as much as possible, a notion that also holds true for TAFC competitors.

The series welcomed that class in 2021, offering a huge purse, and the MWDRS worked hard to make sure none of its dates conflict with TAFC races on the NHRA circuit.

“We did our best to make sure we’re not on any events, and it’s turned out almost perfect,” Haney said. 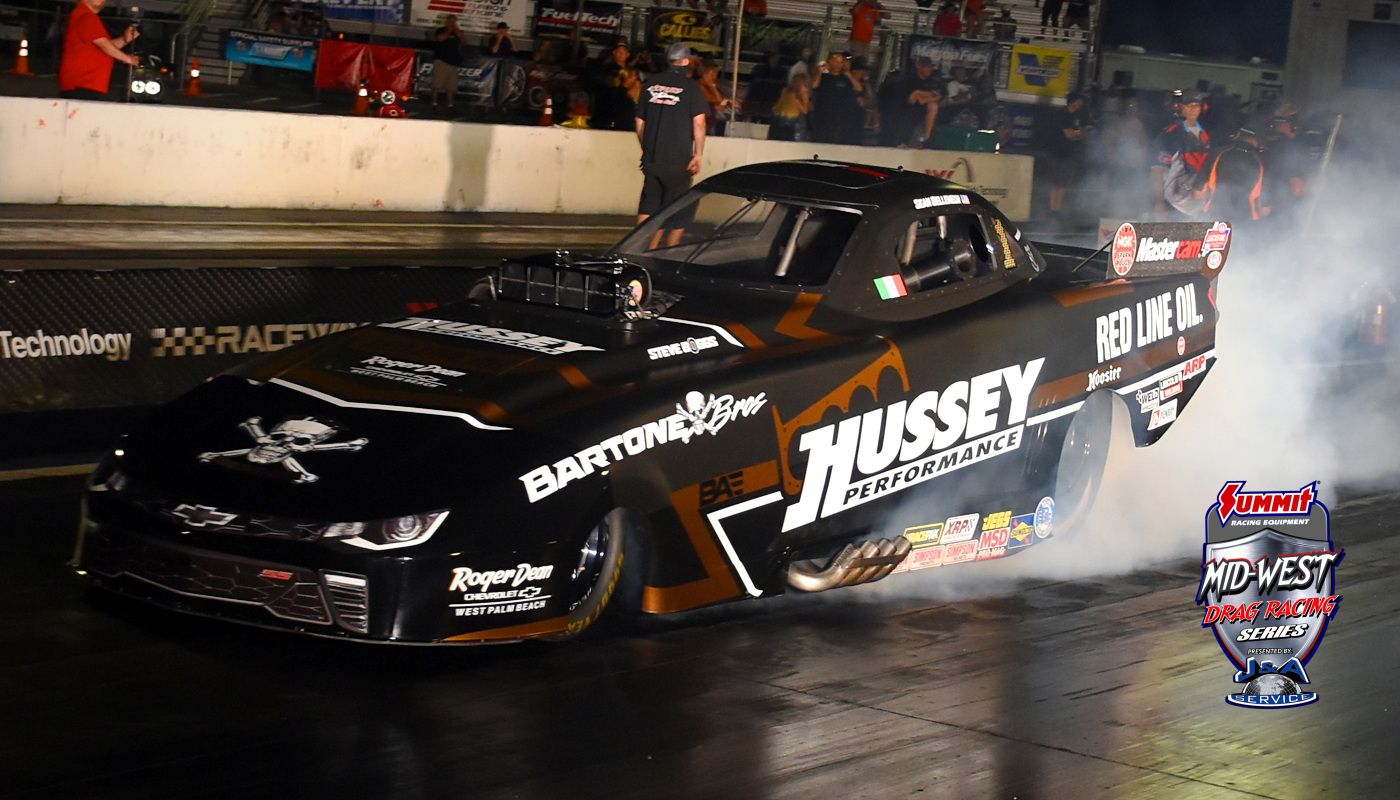 After starting in Ferris, Texas, the series will head to No Problem Raceway on April 23-24 for the MWDRS Bayou Nationals. It’s a popular track for sportsman racers and Haney is excited after seeing a number of improvements at the facility.

From there, the MWDRS Throwdown at T-Town takes place May 7-8 in Tulsa before moving to Houston for the MWDRS Texas Tango Nationals on June 11-12. According to Haney, this was a facility that’s been wanting MWDRS action for quite some time.

“Seth (Angel) has wanted us to come, and it’s a great staff with great people. They really know how to put on a race,” Haney said.

“It’s a great location and new to us, and it diversifies us a little bit as well,” Haney said. “They hold 450 race cars on concrete, and there’s electrical for about 400 of them, too. It’s a nice facility and it’s great for our fans, too.” 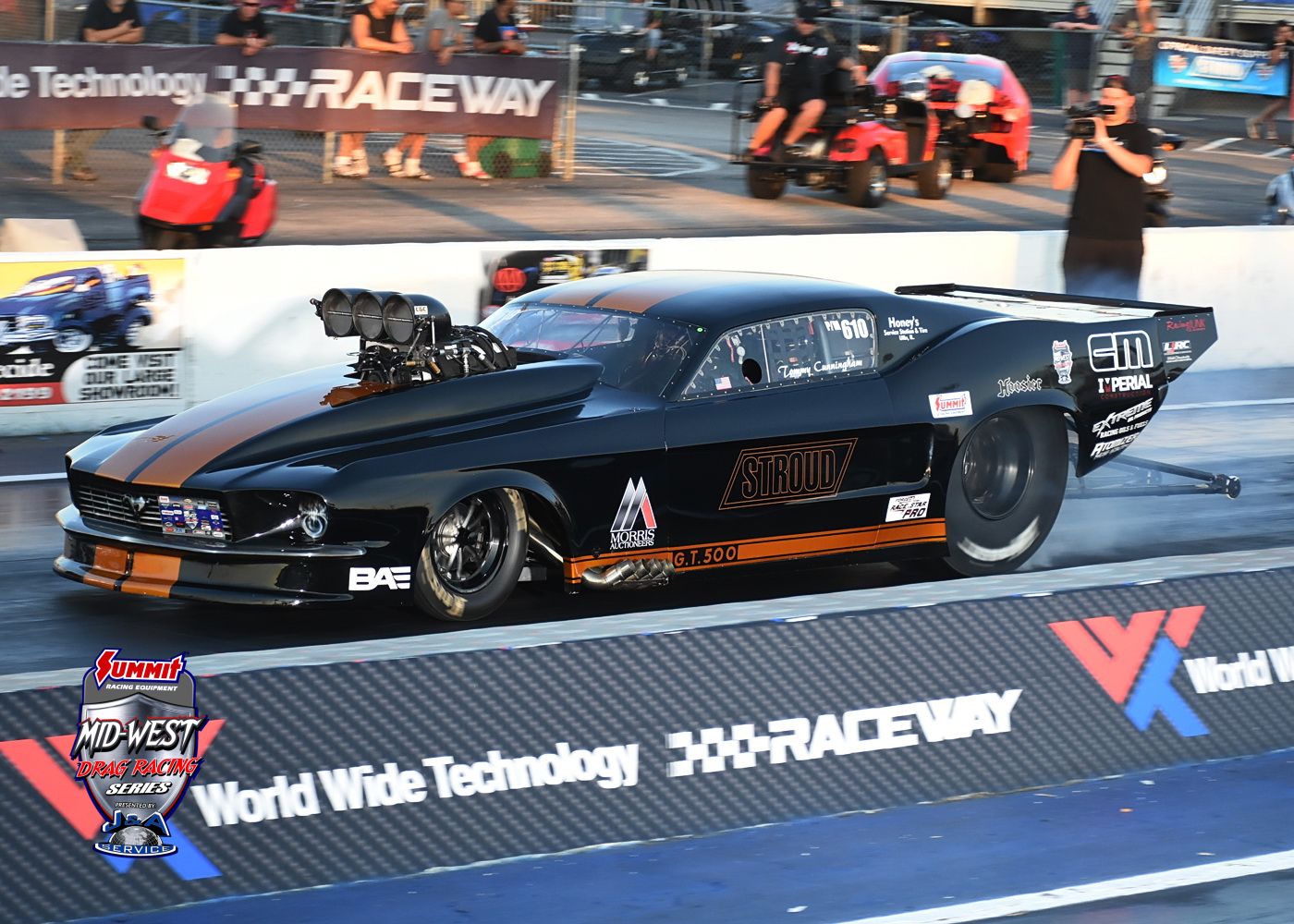 Heading into the fall, the MWDRS U.S. 131 Nationals take place Sept. 10-11 in Martin before the series heads back to Tulsa on Oct. 1-2 for the second Throwdown at T-Town.

The MWDRS will then crown champions later that month at Xtreme Raceway Park, with Haney confident the series can continue to enjoy strong growth and participation. In 2020, Ron Muenks won the Pro Mod championship, while Sean Bellemeur claimed the TAFC crown in impressive fashion as well.

While challenging, 2020 was a positive season for the MWDRS and Haney believe the organization can take another step forward in 2021.

“The beauty of this schedule is there are so many tracks that believe in us and our product,” Haney said. “We make it where these tracks make money, and that’s big. Adding Top Alcohol Funny Car has been huge and we’re just trying to bring more awareness and notoriety for them. I believe we were help a lot of businesses and partners prosper because we were able to continue racing this year. Our online numbers were unbelievable and it did a lot for these race tracks. We’re excited to see what we can do next year.” 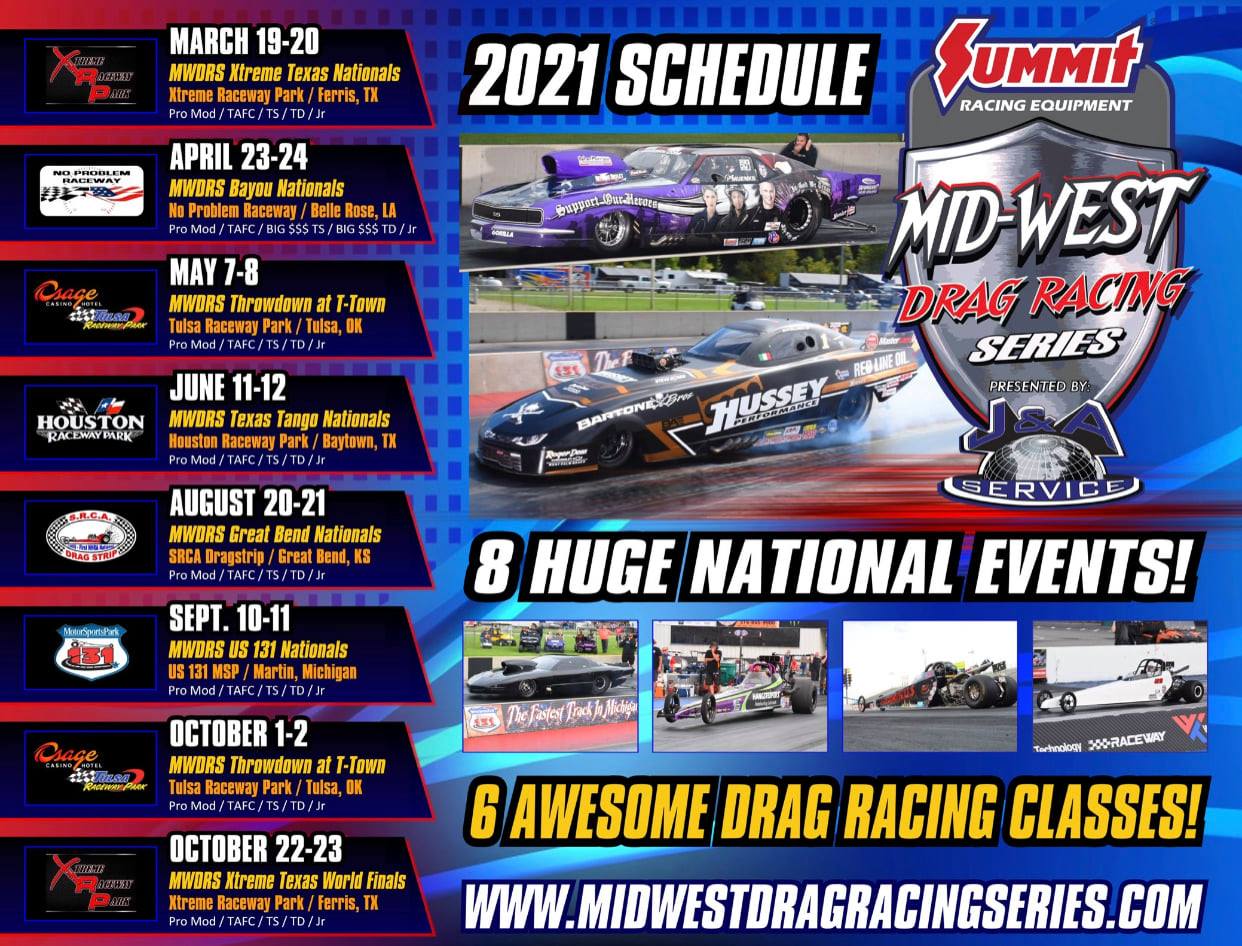