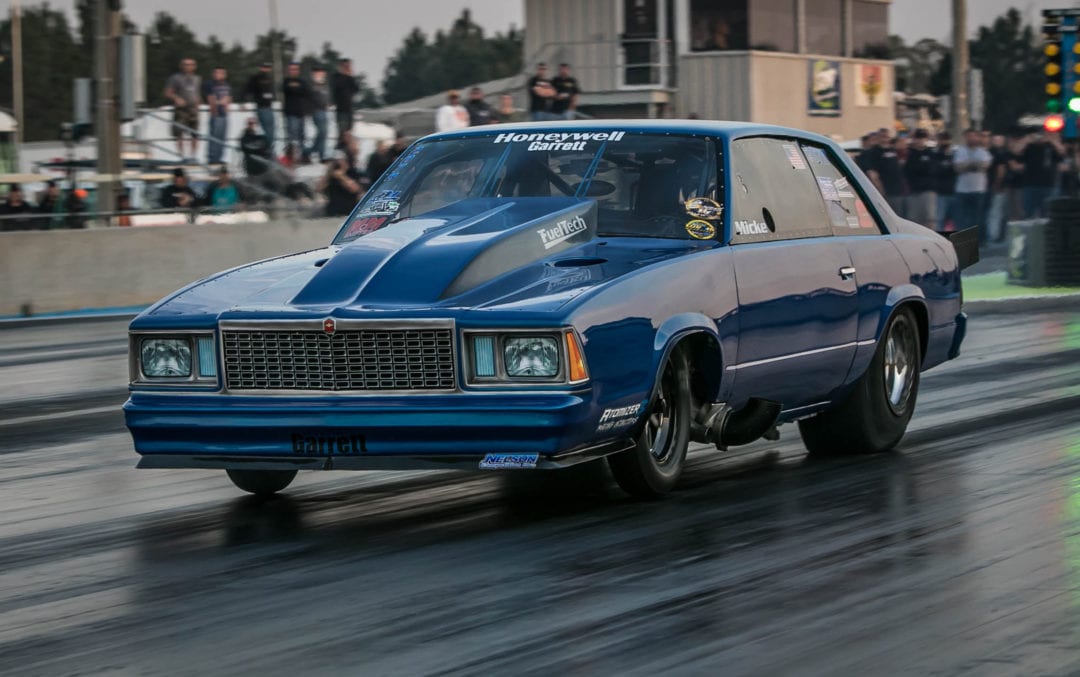 One night of history wasn’t enough for Mark Micke.

The Radial vs. The World star kept achieving the seemingly improbable on Friday, twice re-setting the record he set on Thursday during final qualifying of Donald Long’s $101,000 to win Sweet 16 race.

Micke went 3.641 at 220 mph in the Jason Carter-owned Malibu and then topped it to close out an unbelievable night, running a spectacular 3.623 at 214.79. Matched up against Stevie “Fast” Jackson, Micke delivered something special with a run that made even more history at South Georgia Motorsports Park.

“We didn’t want to get beat, so I thought the .62 was pretty safe,” Micke said. “The wheelie almost kind of got us, but I wasn’t letting off.”

It set off a wild celebration that included Carter, who believed the car was capable of producing something magical on Friday night.

“I was pretty confident,” Carter said. “The track out there was unreal. It was the best track we’ve ever been on and it was going to take whatever we could throw at it.”

The home run shots have been incredible, but Micke and Carter have put together a car capable of winning on Saturday throughout the past two days in Valdosta.

All eyes will be on him racing out of the No. 1 spot, but Micke has been consistently flying no matter the conditions. He knows the real challenge starts Saturday, and Micke is well aware he may have to produce more memorable runs to claim the winner-take-all prize.