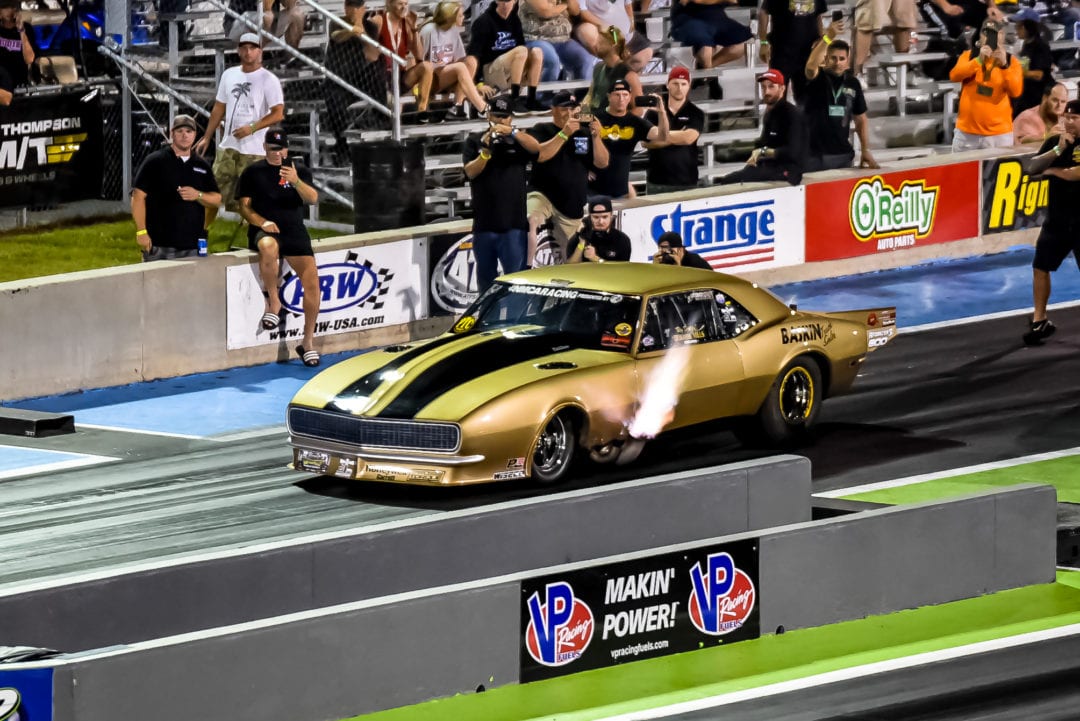 Mark Menscer of Menscer Motorsports has been a part of the drag radial craze for many years with his revolutionary struts and shocks that provide the necessary hook for the small tires. While it has taken a long time to reach become an industry leader, Menscer and his small team at Menscer Motorsports thrive on being hands-on with nearly every customer they encounter during a race weekend or at home in the shop.

This mindset did not change during No Mercy 8 at South Georgia Motorsports Park in Cecil, Georgia, Oct. 4-7. As qualifying wrapped up, Menscer Motorsports customers topped six of the eight heads-up qualifying sheets going into Friday’s elimination rounds.

DeWayne Mills showed a picture of consistency all weekend long with the Oklahoma-based “Golden Gorilla” Camaro. Mills kicked off the weekend in the number four qualifying position with a 3.765-second elapsed time and showed off a consistent hot rod in eliminations, making it to the finals to showdown with yet another Menscer Motorsports customer, Stevie “Fast” Jackson. The Golden Gorilla laid down it’s personal best run to date with a 3.746 in the finals at over 209 mph to grab the $50,000 prize and outlast the Shadow, as parts breakage occurred for the NHRA Pro Modified superstar right past the 330-foot mark. 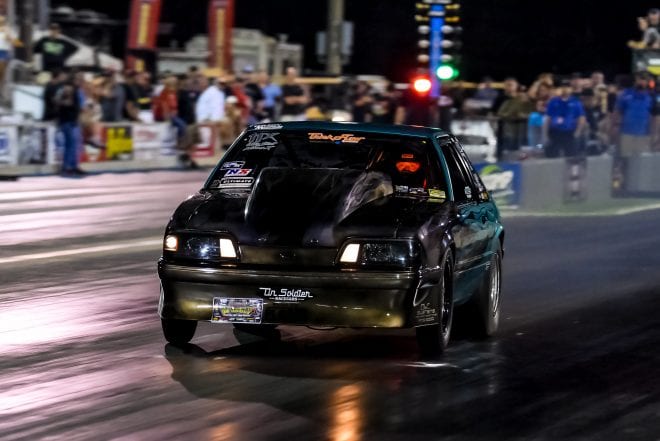 set of 275 drag radials to go after the title in Pro 275, instead of the usual Radial vs. the World outing for the Ocala, Florida-based team. Klugger went straight to the number one qualifying position and ran the table in eliminations, defeating Richard Reagan’s nitrous oxide entry. The weekend’s resume did not stop there as Menscer Motorsports tallied eight winners and seven runner-up finishes, including Shane Stack (Limited Drag Radial), Joel Greathouse (Ultimate Street), Shawn Pevlor (Nitrous X), Scotty Guadagno (Extreme 29” No Time), Ralph Howard (Limited 275) and Dominic Augustine (Outlaw 632).

“Donald Long’s events always seem to bring out the best in everybody,” stated Mark Menscer. “We’re proud to have such a strong customer base in the drag radial classes and to see our customers run strong on the national stage definitely makes all the time-consuming research and development processes all worth it.”

Mark Micke stole the show, driving Jason Carter’s Chevrolet Malibu to the quickest big block, twin-turbocharged 60-foot time in the history of the category in the second round of Radial vs. the World eliminations. Riding on Menscer Motorsports four-way adjustable rear shocks, the 2,750-pound Malibu tripped the 60-foot beam in .975 seconds.

Ryan Milliken’s unique Cummins diesel-powered ‘67 Chevrolet Nova has been a fan-favorite, for it’s different than the everyday race car mentality. After joining the Menscer Mafia on location at SGMP, the team lined out their suspension issues and recorded the quickest and fastest elapsed time for a diesel-powered vehicle in the eighth-mile, a 4.65. 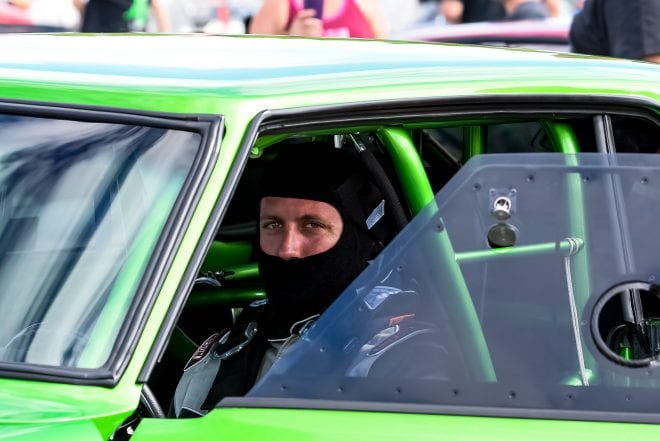 “John Mellon took over this project while I was out with our other customers and did a wonderful job working with Milliken’s team,” Menscer said. “As always, making numerous chassis changes and learning a new car is tough, but losing the extra day of testing made the job even tougher. We look forward to seeing this Cummins-powered Nova continue to pound the record books in the near future.”

Out of 20 finalists in the heads-up categories, Menscer Motorsports stacked 15 of those in the staging lanes at the toughest race of the fall, No Mercy 8. With the winter months right around the corner, now is the time to join the Menscer Mafia and see how the “Shock Nerd” can advance your program to new heights.