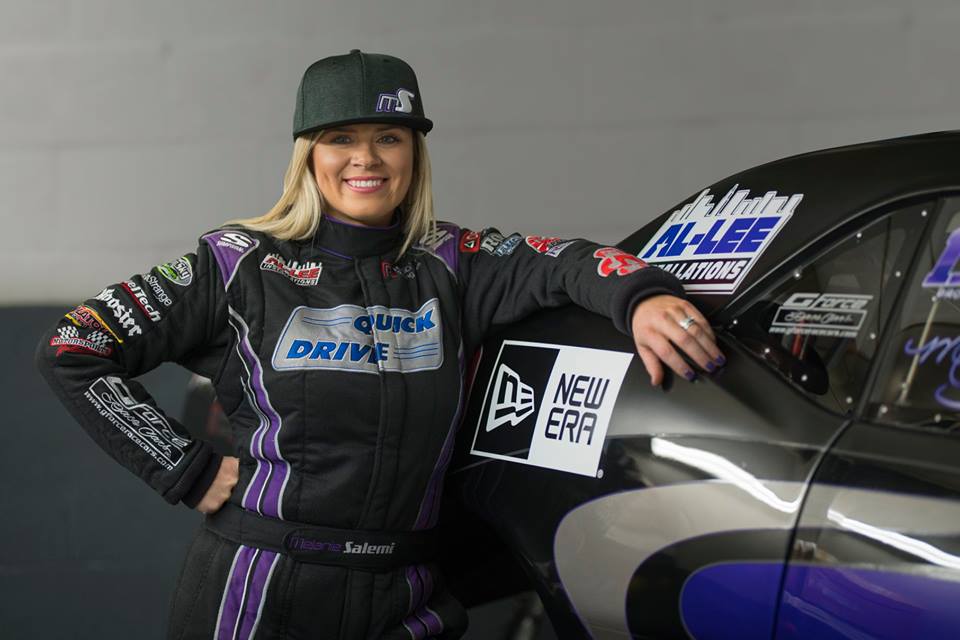 New Era Cap, who currently partners with NASCAR and INDYCAR in the motorsports world, has expanded to the National Hot Rod Association (NHRA) as the official headwear of Melanie Salemi Motorsports (MSM) in the E3 Spark Plugs Pro Mod Drag Racing Series.

New Era will provide headwear to the MSM team for all 12 races in the 2018 season. Melanie Salemi, who drives the “Purple Reign” Firebird, brings over 20 years of racing experience to the Pro Mod line-up. Most recently, she completed a three-year stint in PDRA Pro Boost where she placed third in points for 2016 and 2017 and won the PDRA Spring Nationals last year.

Salemi has been the only female to compete in NHRA Pro Mod since 2012. Fans can purchase all driver headwear and MSM team product through www.neweracap.com starting in February.

“Melanie is a rising star in the sport” says Billy Rieck, product lead for NHRA headwear at New Era. “Her Buffalo-based team will definitely make an impact on the track this season, so it was an easy decision to partner with MSM”.

“If you surround yourself with great companies and great people only the same will come for yourself. Myself and my team are on a quest to be the best in our class of Pro Modified drag racing. The cross marketing availability is endless between both parties and fact of the matter that both New Era and MSM are based in Buffalo, New York, is the icing on the cake”, says Salemi. “New Era and MSM both see the value in each other’s marketplace and that is the exciting side of this venture in 2018 and beyond.”