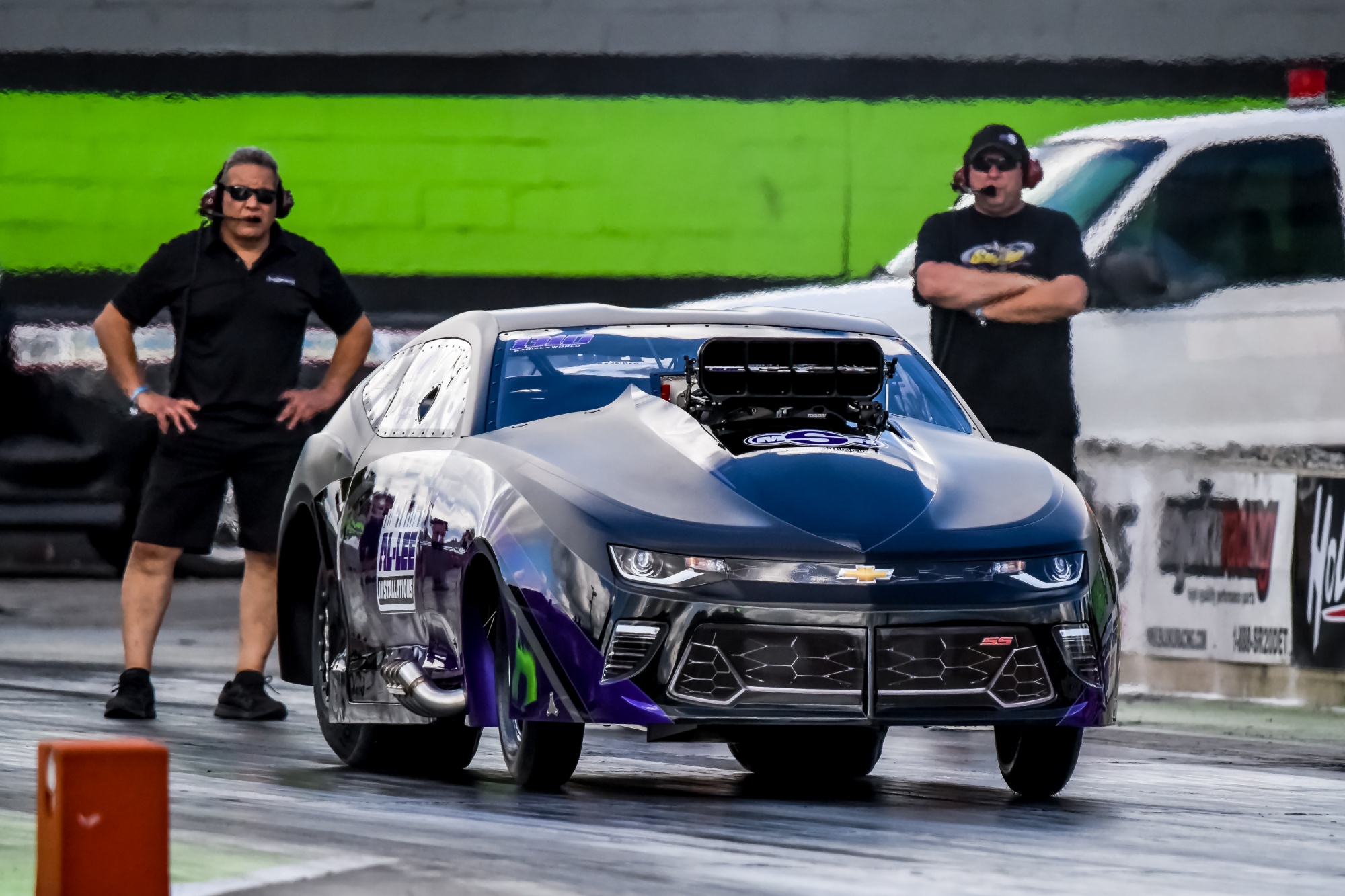 The 20-hour trek from Buffalo to Orlando Speed World Dragway isn’t a particularly easy one for Melanie Salemi and her team.

But it’s hard to argue with the results once Salemi and the Eddie Whalen-owned ’19 Camaro arrive. For a second straight year, Salemi impressed at the World Street Nationals in Orlando, taking a wire-to-wire victory in RvW. Last year, she won in her class debut and in 2020, Salemi and company were even better,  qualifying No. 1 and going a weekend-best 3.575-seconds at 209.75 mph in the final round against David Reese.

“It’s like the most awesome feeling coming home with that trophy, coming into the parking lot and everybody from the shop is there cheering. It’s a pretty cool feeling,” Salemi said. “It was the best possible outcome that could have happened. It’s not just me, but all of our sponsors and teammates who help make this happen. Everyone has a hand in a weekend like this.”

It was as picture-perfect as a weekend could get, giving Salemi a thrilling late-season win that can jolt a team through the off-season.

The team may decided to race next month in Bradenton, but regardless, Salemi is ending the year in style for a second consecutive year.

As big as last year’s victory was, beating Stevie “Fast” Jackson in her RvW debut, this one was just as significant considering the unprecedented nature of 2020 due to the COVID-19 pandemic.

But apparently Salemi racing well in Orlando is a certainty these days and she’ll gladly take that amidst all the chaos.

“We were pretty confident going into (Orlando) that we were going to run fast, but you can’t ever expect a weekend like that,” Salemi said. “There’s definitely been a lot of ups and downs for everyone this year and that includes our team. But we were able to constantly learn and make improvements. As a team, we’ve proven we can conquer anything we do. There’s a really solid group of people behind us, starting with Eddie Whelan, and he backs us on everything we do.” 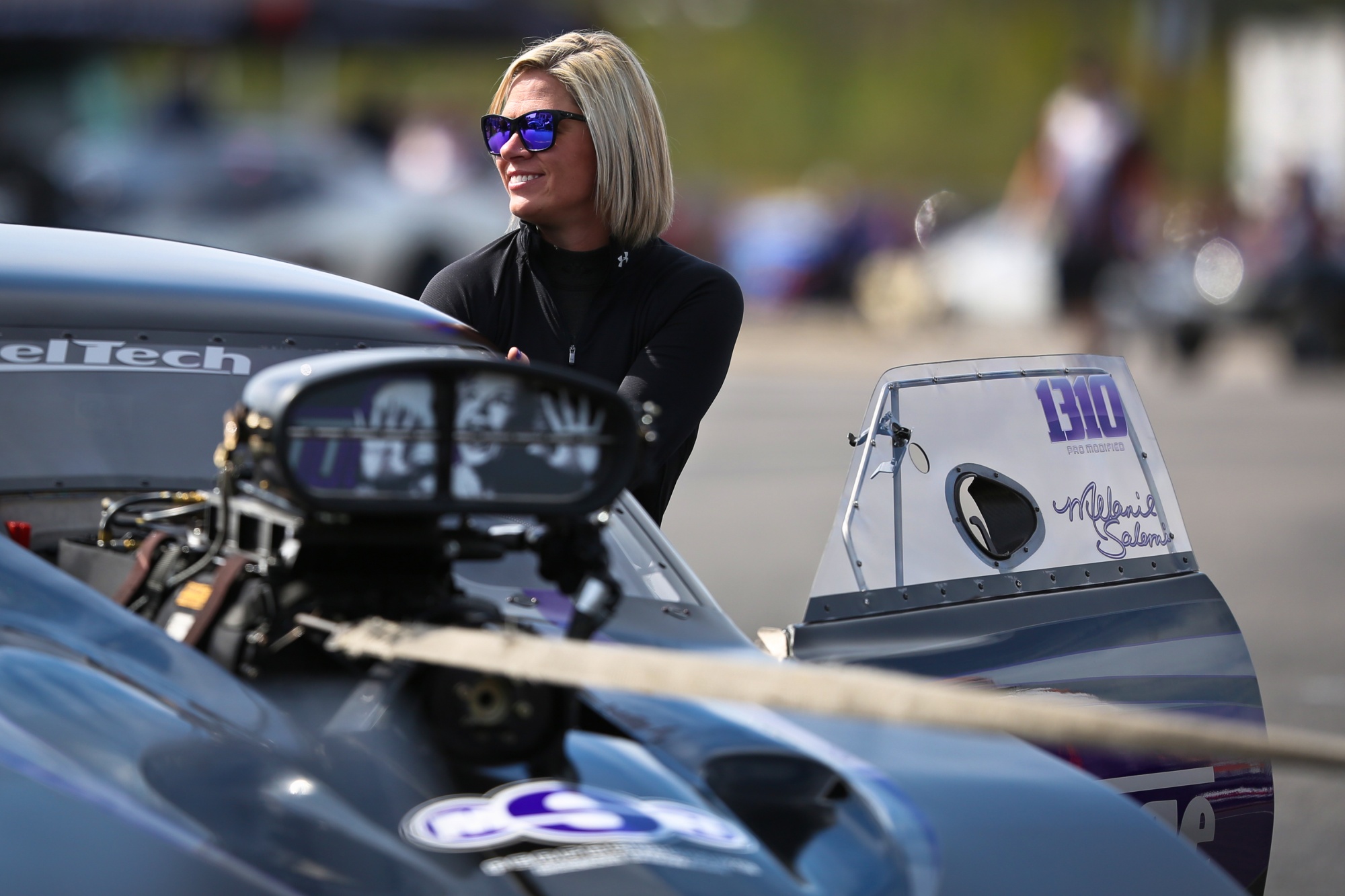 With the victory in Orlando, Salemi was able to get wins in both cars this year, winning the first race of the PDRA Pro Boost season in May in her Pro Mod “Purple Reign” ’68 Firebird.

In Orlando, with her husband, Jon, and brother-in-law Jim tuning the screw-blown “Sidepiece” Camaro, things came together quickly.

The team tested well and immediately jumped to the No. 1 position, a spot they wouldn’t relinquish, going as quick as 3.579 at 209.98.

By then, the competition knew Salemi was a step ahead, something that became obvious when all three opponents in eliminations went red. That included Jackson in the semifinals and Reese in the finals, as Salemi’s stout runs put the pressure on the other lanes.

Salemi did her job, running 3.600 at 209.01 against Jackson before unleashing an impressive blast in the final round that likely would have stood up no matter what Reese brought to the table that night.

“There wasn’t a driver or car or team at that race that didn’t have the potential to win,” Salemi said. “But it doesn’t matter to me who we’re racing. I’m focused on winning and doing my job. When you have a car that’s going rounds and going fast, you try not to worry about who’s in the other lane. Jon is always trying to make the best run he can every round.

“It’s a good feeling being able to be in control of your destiny, but I try to race the same no matter who it is.”

If it is the send-off to her 2020 campaign, Salemi will end it on a good note, putting together a strong season in two cars, despite a number of challenges. The RvW car had to add weight due to the rule changes, but things came together quickly in Valdosta during Sweet 16 and No Mercy, with the full potential unleashed in Orlando.

It has Salemi optimistic for 2021 and everyone is ready to get back to work.

“A win like that does a lot,” Salemi said. “It lights a fire under everyone’s butt. Everyone’s super excited and a win puts you in a mode where you want to continue pressing on. It’s definitely a good way to end the season.” 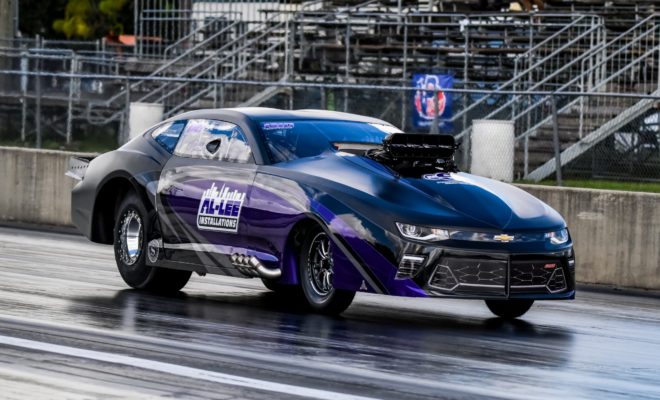