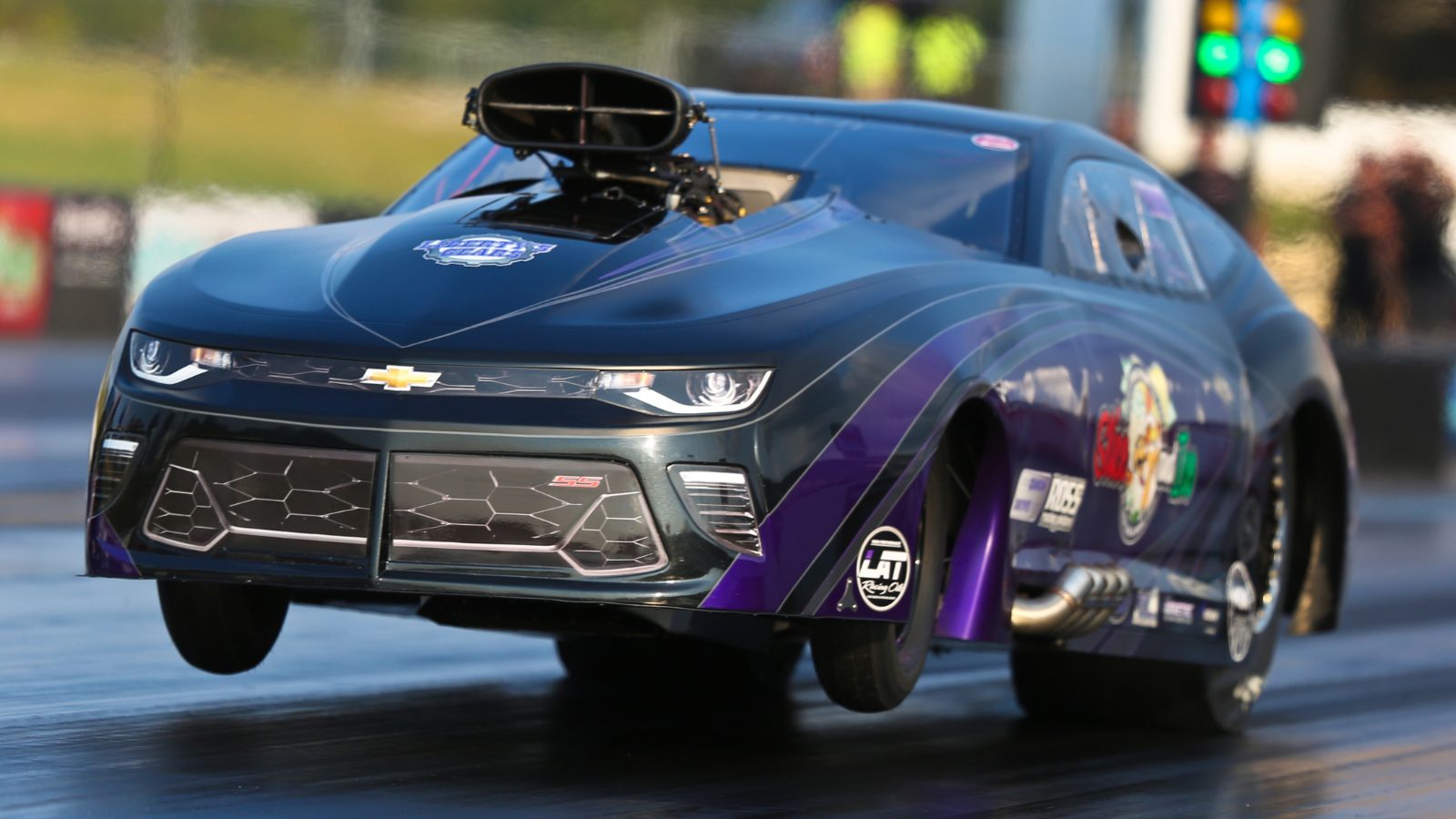 After four rounds of qualifying for the Shakedown Nationals Pro Mod division, Melanie Salemi stands atop a fierce field that includes many of the toughest fast doorslammer drivers in the country.

Now, in its fourth running at Virginia Motorsports Park, the field comprised of supercharged, turbocharged and nitrous oxide-injected doorslammers may well be the most impressive in the historic event’s history.

“One tenth of a second separates the top 18 cars on the qualifying sheet, an incredible amount of side by side racing is on tap for Saturday’s eliminations,” says event promoter Tyler Crossnoe. “I don’t know what more you can say about it. A dozen cars in the 3.60s – a dozen that includes roots blowers, screw blowers, nitrous cars and Mark Werdenhausen in that twin-turbo Camaro.”

In order to secure the pole position at the 20th running of the Shakedown, the aforementioned Melanie Salemi needed a 3.614-second, 205.54 mph blast in her PDRA Pro Boost Camaro, which is tuned by her husband, Jon, the owner of Resolution Racing Services out of New York.

“Melanie, Jon, Jim, Evan and the entire Al-Lee Installations team have had one of the best years in their career,” continued Crossnoe. “That’s a seriously stout performance today from that Buffalo, New York-based team. For what it’s worth, I think that’s the tightest Pro Mod field we’ve seen anywhere this year.

“It’s awesome for all of us here at VMP to have some of our regulars, our PDRA stars, but also some fresh faces and new blood,” concluded Crossnoe. “This is a race that has been producing major ‘drag racing moments’ for two decades and I’m proud that a few of them have happened here in Virginia, but looking at the ladder for tomorrow’s elimination rounds…I can’t help but think we’re going to be adding to that legacy in a big way.”

Final qualifying for sportsman will take place Saturday morning, with the opening round of professional eliminations immediately following. 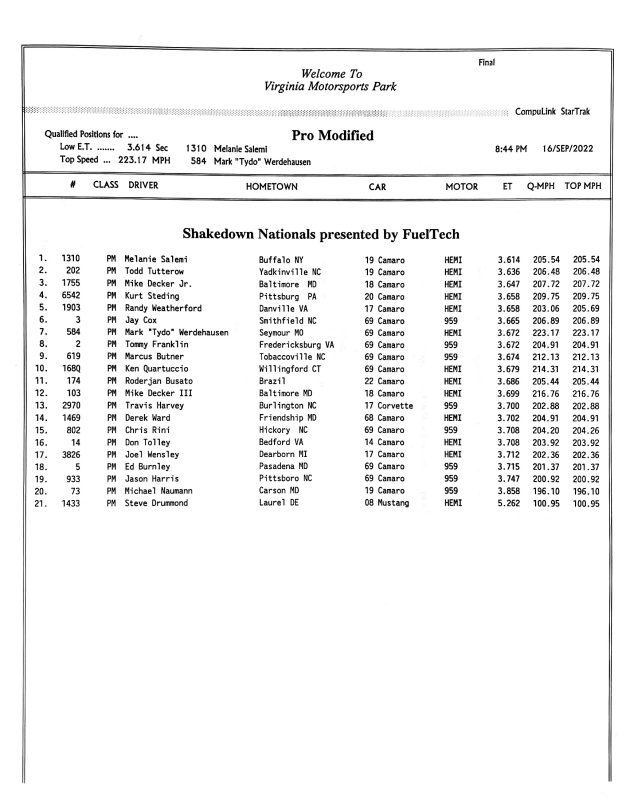