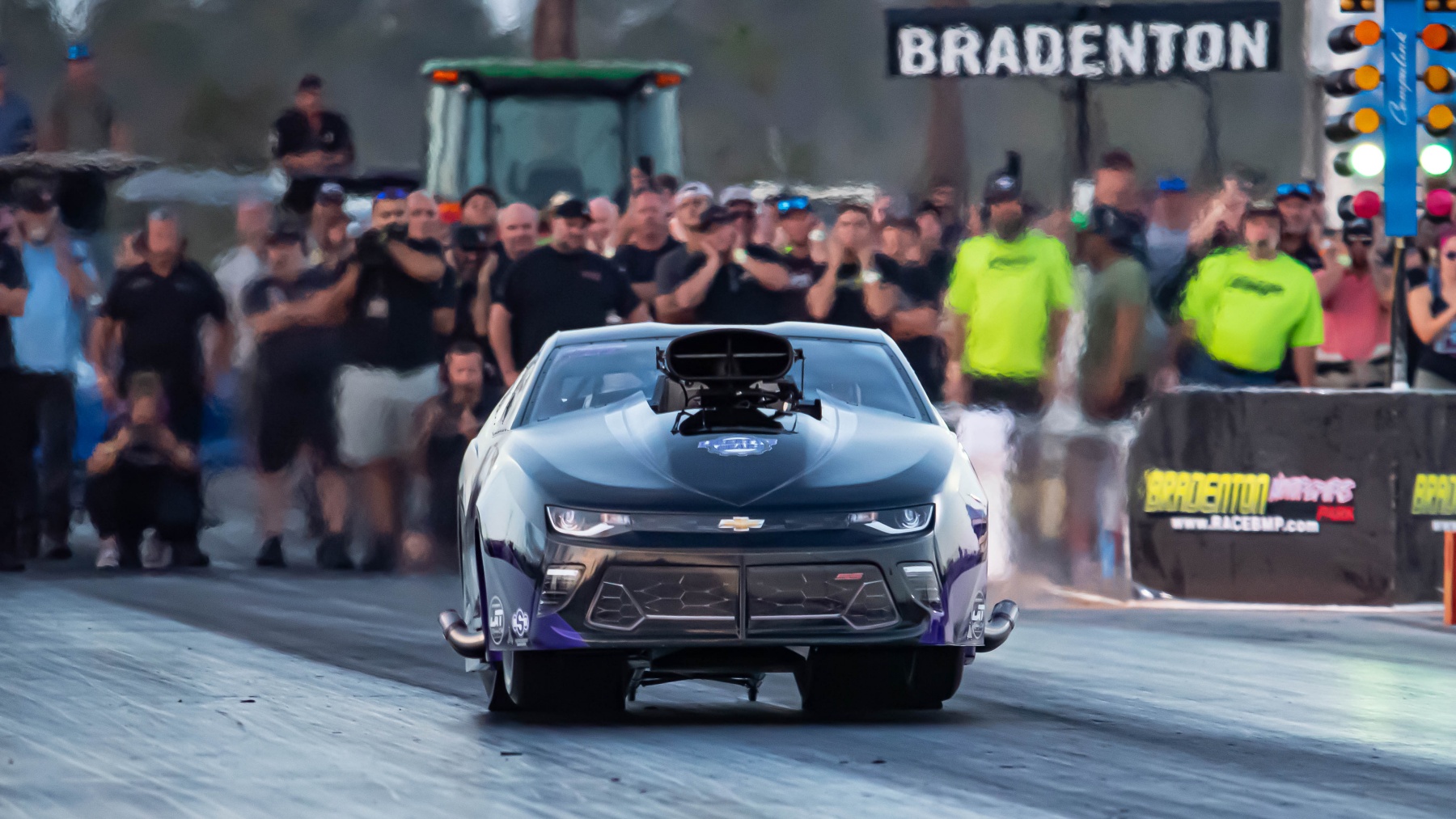 After two rounds of Outlaw Pro Mod qualifying at the 51st annual Snowbird Outlaw Nationals presented by Motion Raceworks, Melanie Salemi is the provisional low qualifier with a 3.589-second pass at 206.95 MPH in the second session Friday night at Bradenton Motorsports Park.

Along with two rounds of Pro Mod qualifying, the complete Snowbirds lineup, from Pro 275 to Jr. Dragster classes, also received one round of qualifying to kick off the historic event.

Salemi rolled into the Snowbirds with one of the quickest cars in Pro Mod, Eddie Whelan’s roots-blown Slice-and-Ice ’19 Camaro. Throughout the 2022 season, she reached the final round at multiple independent Pro Mod races, won a PDRA Pro Boost race, and qualified No. 1 four times in Pro Boost competition. Even with a weight penalty for her combination, Salemi and her family-based team, led by husband Jon and brother-in-law Jim, managed to take the top spot.

“Right now, we literally have five people that do nothing but focus on this race car,” Salemi said. “It’s been paying off by miles. I’ve gotta give it to these guys. They forgo a lot of stuff so that our race car is fast. I know I’m in the spotlight, but I think it’s time to put them ahead of me for once. They’ve spent countless hours on figuring things out and working on the setup from gear ratios to the engine program to the way the car is set up with weight. When you focus and you pay attention to minor details and you have the car right and you can pick away at little things, it really works.” 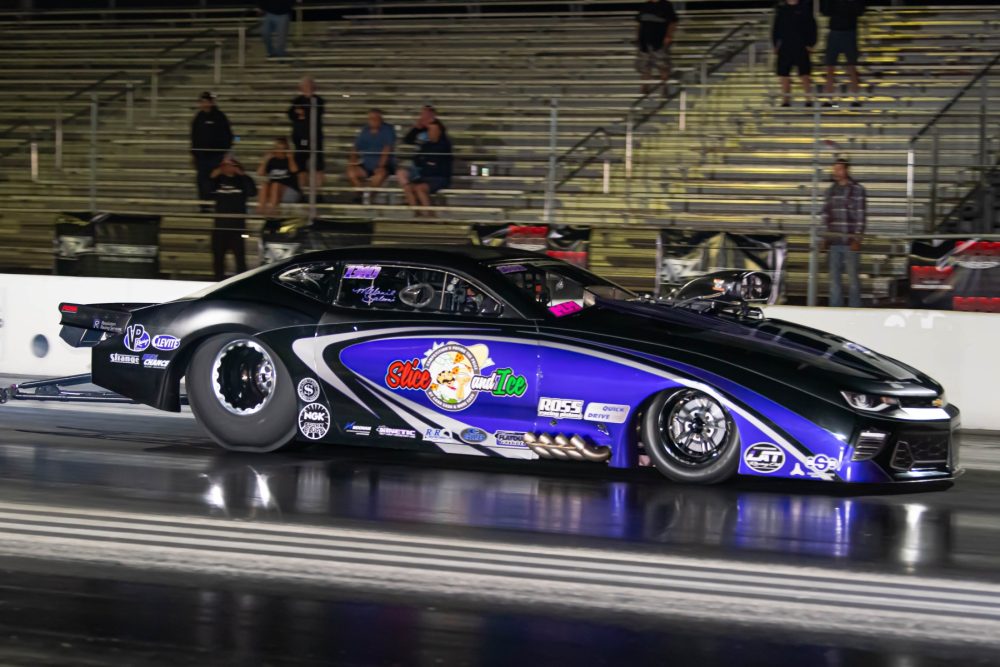 Salemi and the rest of the Pro Mod field will get at least two more chances to improve in Saturday qualifying.

Beyond laying down more strong numbers, Salemi is charged up for the opportunity to race in front of the big crowd that typically turns out for the Saturday night Jet Jam Night of Fire at the Snowbirds.

“I’m really looking forward to tomorrow. I know this place is going to be packed with fans,” Salemi said. “I love putting on a show for the fans. I’ve been fortunate enough to grow my fanbase where I have certain fans at certain tracks. Tomorrow, I’m definitely going to be looking for the people in those stands at the very top because they’ve been there every year that we’ve been here and I know they’re going to be cheering for us. I’m looking forward to putting on a good show in front of a huge crowd tomorrow.”