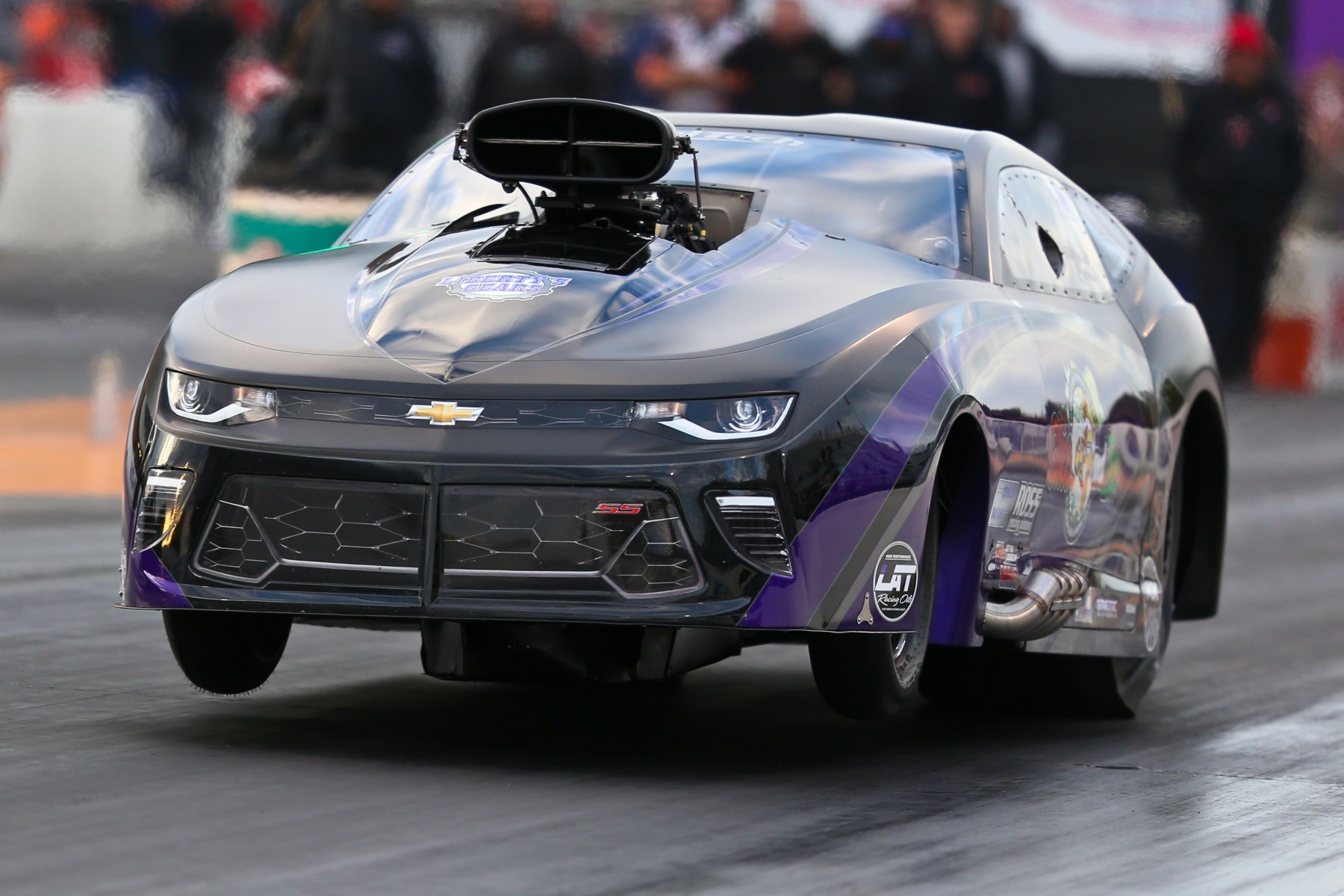 Going into Friday qualifying at GALOT Motorsports Park, the Pro Boost record was a 3.591 set by Kurt Steding in his Todd Tutterow-tuned, screw-blown P2 Contracting Camaro at the 2021 World Finals last October. Salemi lowered the record in all three qualifying sessions, running 3.585, 3.578, and 3.568 in succession.

“My guys have been going crazy for what seems like over a year now, testing and R&D,” Melanie said, starting to explain the back story behind the record runs. “We flip-flopped between the roots blower and the screw blower last season. Not that we didn’t have a handle on it, but I lost races by thousandths. We finished the season strong with the screw blower at the Snowbirds at Bradenton [winning in Outlaw Pro Mod]. We’ve been on the dyno with roots blower stuff. In 2018, we set the record at the World Finals with the same combination we have here with a .62. Multiple years later and lots of testing and innovation, it’s kind of paid off.”

“We’ve worked our asses off,” Jon added. “In the last two and a half months, Mike Stawicki and myself, between our engine and customers’ engines, we’ve made probably 45-50 pulls on the dyno. We didn’t stop racing all winter long. We had the screw blower on it then, but I don’t care what you’re doing, if you’re running your car down the racetrack, you’re learning.”

Part of Salemi’s offseason R&D included a test session at GALOT, which along with a 3.62 in Thursday night testing, gave Jon the confidence to go after the record in qualifying.

“We tested here a couple weeks ago and went back-to-back .57s in similar conditions on a much warmer racetrack,” Jon said. “I knew that was there. All I tried to do was go out there and make consistent runs [Friday] because that’s what wins races and that’s what we’re here to do.”

Melanie qualified No. 1 out of 24 Pro Boost entries, topping Todd Tutterow and Johnny Camp’s pair of 3.615s and Scott Wildgust’s 3.616.

“It’s a huge accomplishment for my team,” Melanie said. “I’ve won races, I’ve qualified No. 1 before, but this one is really an eye opener for all of us. It’s refreshing. It’s awesome that we finished the year strong, and hopefully we can start the year strong.” 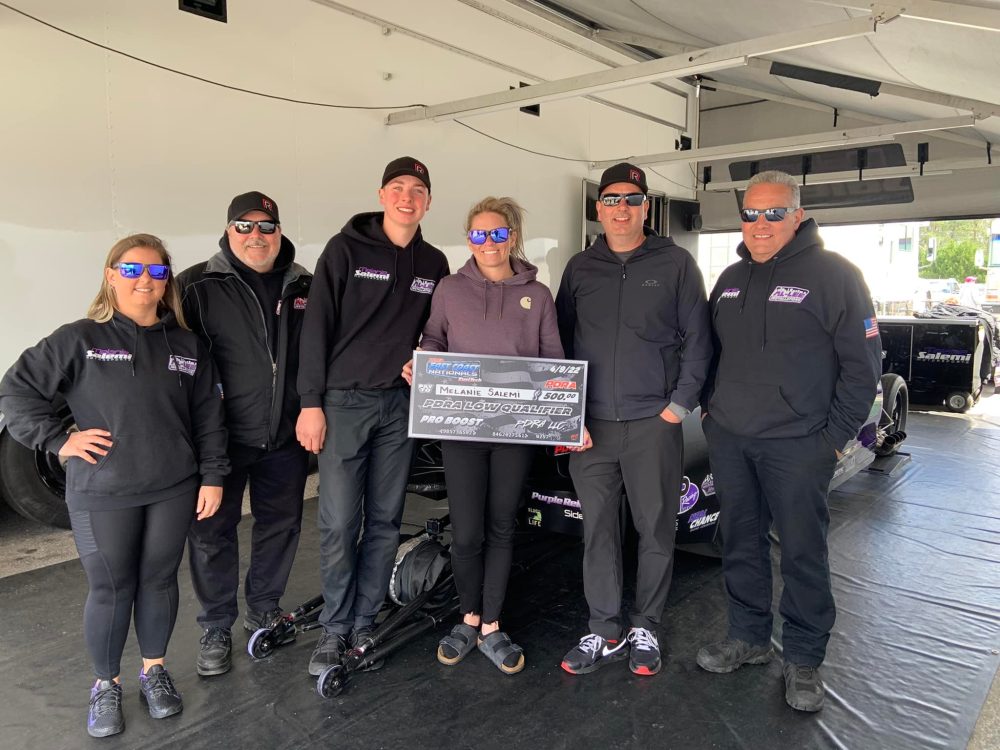 “Along with Eddie Whelan, Al-Lee Installations, and those companies and individuals, we could never be where we’re at,” Jon added. “After only winning one round in the PDRA last year, we made sure that we were not going to suck this year. We’ve tested and thank God it worked out the way that it did today. I couldn’t be more happy.”

The barrage of 3.50-second runs continued in eliminations, where Melanie ran a 3.573 on a first-round single, as opponent Bob Glenn couldn’t make the run. In the second round, Salemi fired off a 3.570, the quickest pass of eliminations, though Stan Shelton used a .010 reaction time and a 3.602 to win on a holeshot.

The Salemis were obviously hoping to go deeper into eliminations, but the weekend was successful on multiple fronts.

“This is all fun and we always try to keep it fun,” Jon said. “Even when we had a miserable last year, we laughed, we had fun. It’s why we’re here. At the end of the day, we love drag racing. We don’t care what kind of drag racing, as long as we’re doing it. Just the vibe that’s been here, it’s been sick. It’s so cool. And our family is here. We do this as a family. Anybody that’s not our family that’s here with us, they’re now our family. That’s the important part.”