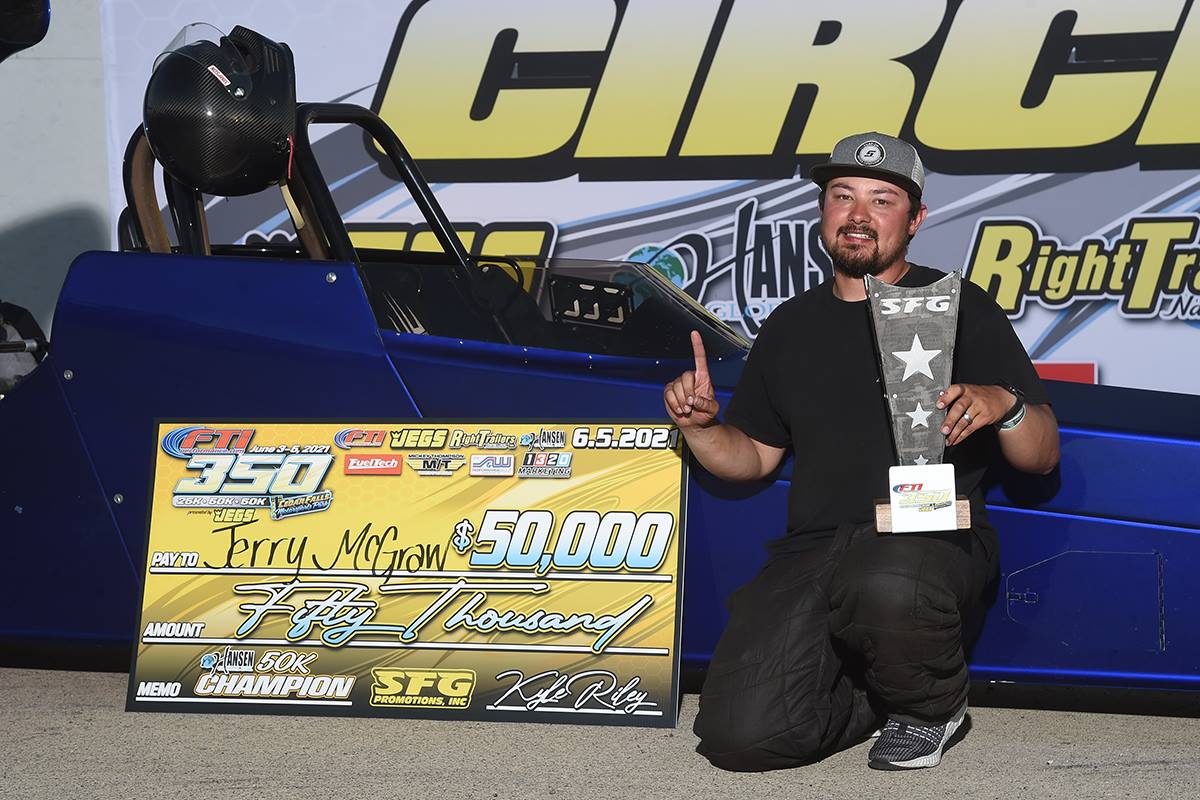 McGraw had just picked up his dragster two weeks before and in his second outing with it, he cashed in for $50,000.

In the semi-final round, McGraw, Lou Rausch, and Tom Klemme were left in the running for the $50,000 grand prize.

Semifinals:
In the semifinals, McGraw was awarded the bye to the final, leaving -.008 red off the starting line and running a 4.497 on a 4.49 dial in his single lap.

Rausch in the door car and Klemme on the motorcycle faced off to determine who would join McGraw in the final round. Rausch left that starting line with a .016  light and ran dead-on two. Klemmel let go .020 and ran a 5.581 on a 5.58 for the runner-up in the pair.

In the finals, McGraw was .019 on the tree and ran dead-on nine, to take the win over Rausch.

Congratulations to all winners and finalists from all three days of racing at the FTI SFG 350 at Cedar Falls Motorsports Park.

The next stop for SFG Promotions will be the JEGS Half Million at US 131 Motorsports Park June 28 – July 4, 2021. The event will feature three chances at $50,000 and a chance for a life-changing guaranteed $500,000 main event prize. Learn more at www.racesfg.com/schedule.