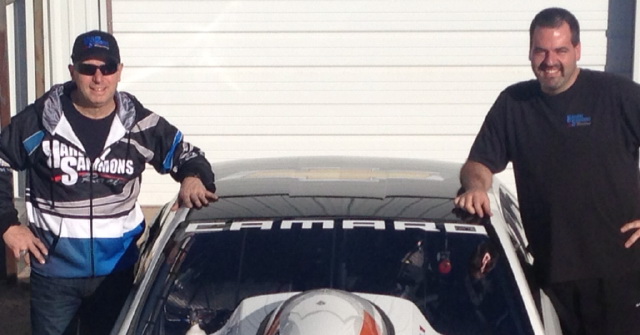 On the final day of 2013, it was announced that NHRA Pro Stock driver Chris McGaha (above right) had expanded his in-house program to a more competitive level with the purchase of additional equipment, including the extremely fast Chevrolet Camaro previously piloted by venerable competitor Mike Edwards.

On Jan. 14, on WFO Radio hosted by Joe Castello, McGaha made another huge announcement: he has retained the services of respected Pro Stock veteran Jim Yates (above left), who will be crew chief on the Harlow Sammons Chevrolet Camaro beginning Feb. 6-9, at the season-opening Circle K NHRA Winternationals at Auto Club Raceway in Pomona, California.

Most recently, Yates played a significant role in back-to-back championship seasons for the Johnson & Johnson Pro Stock team that earned consecutive titles with drivers Allen Johnson in 2012 and Jeg Coughlin Jr. in 2013. Yates spent many years as a driver in the ultra-competitive Pro Stock category and earned two championships of his own (1996 and 1997).

At the conclusion of last season, Yates and the Johnson & Johnson team parted ways, and for McGaha, Yates’ availability created the opportunity for a joining of forces that simply made sense.

“We are really excited to be able to add Jim Yates to our team,” said McGaha, who was both crew chief and driver of his Harlow Sammons Pro Stocker for several races in 2013. “We knew that Jim had done a great job with AJ, Jeg, and the Mopar team, and in the past he had also helped Johnny and Shane Gray and had plenty of success on his own.

“When we were working out the details with Mike Edwards to purchase his equipment, we talked about needing a crew chief, and Jim came up. Mike put in a good word for him. A few people did, actually, and I think everybody in our world was seeing the stars and moon align. Jim was available, my team needed a crew chief, and I think a lot of people saw that it would be the perfect match.”

Yates arrived at the Harlow Sammons race shop in Odessa, Texas, last week to begin putting together what should rightfully be expected to be one of the standout teams of 2014 in NHRA’s Mello Yello Drag Racing Series.