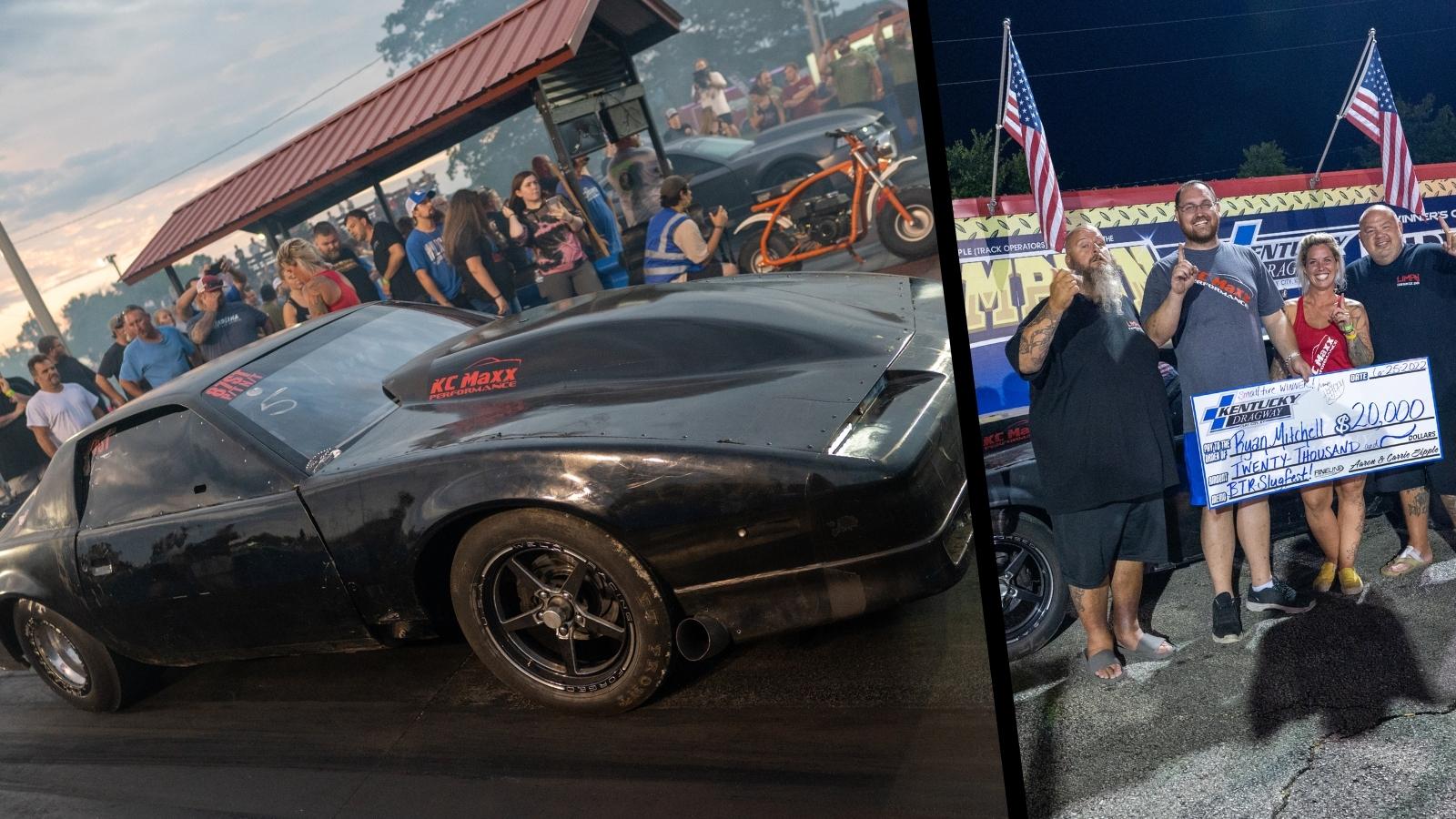 The rise in the popularity of no prep drag racing has reached an all-time high.

Outside of the mainstream television series “Street Outlaws: No Prep Kings”, no prep racing has a strong following amongst blue collar racers, with some of the biggest payouts in drag racing happening every weekend at smaller, local tracks.

Clay City, Kentucky’s Kentucky Dragway brought in the one of the biggest payouts in the country with their event dubbed Slugfest. Brian Tooley Racing was in the corner of Kentucky Dragway, guaranteeing a $20,000 to win Small Tire No Prep off the tree to the 1/8th mile. This race would be a battle of some of the top stars in front-side small tire no prep racing that would see a seasoned veteran take the win.

Kansas’s own Ryan Mitchell, better known as “KC Maxx”, made the long haul with one thing in mind: Taking $20,000 back home to the midwest.

Mitchell is no stranger to street racing and no prep racing, with many wins on the east coast in Palmetto No Prep to recently winning four different classes at two races the very week before Slugfest. 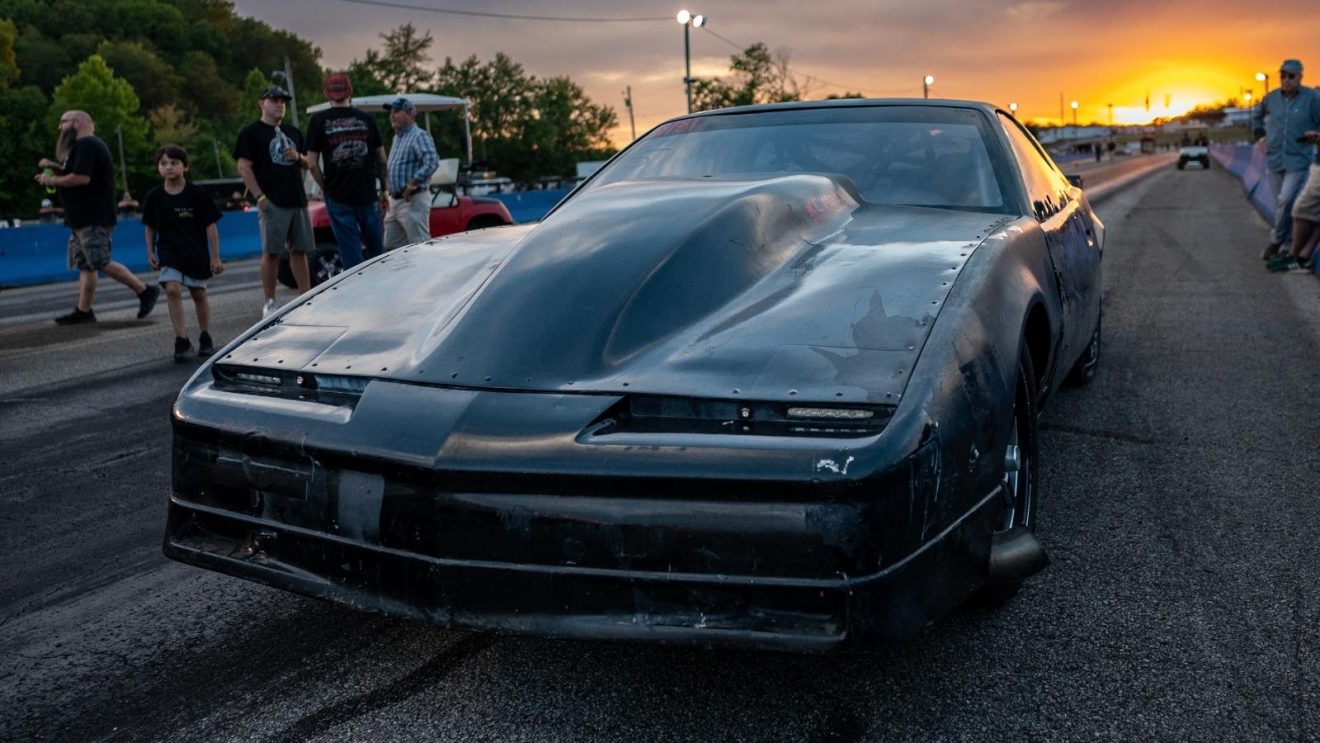 With a star studded field of no prep racers including Brandon Mork, Adam Preston, Joey “Boost12” Rabiola, Billy and Tommy Hoskinson, it would not be an easy path to the winner’s circle.

Mitchell would face off with Mork first round and would slide sideways before gathering it up at the stripe to collect the win. The evening would get even tougher as Mitchell drew one of Kentucky’s fastest in Logan Duvall for the second round and then had to face Team Meatball’s Cameron McKune.

McKune hit the perfect guess on the light and had a car and half jump on Mitchell in the third round, but the “KC Maxx” twin-turbocharged big block would be too much on top end and picked up the drive-by win. After eliminating Street Racing Channel’s Billy Hoskinson in the semis, it would setup a dream final with Mitchell taking on Joey “Boost12” Rabiola. 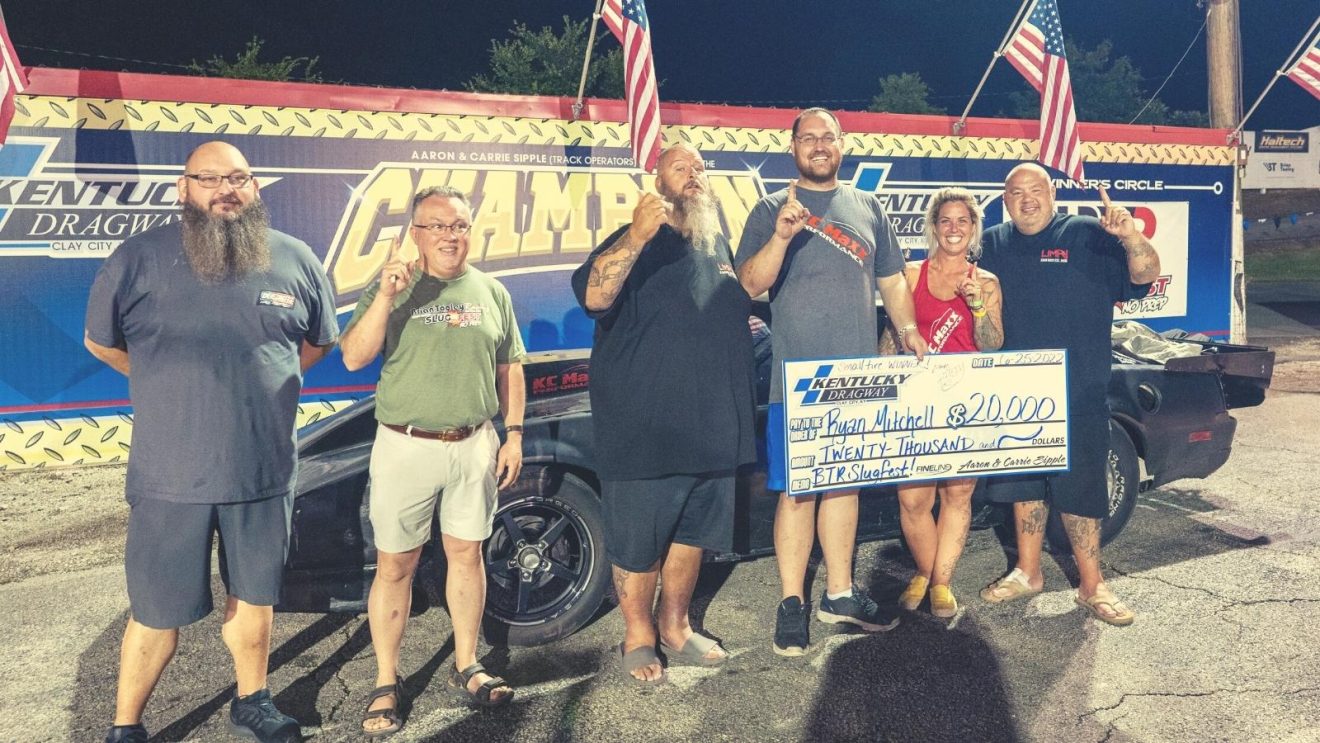 Mitchell would get the hole shot and never look back as he crossed the finish line and cashed in at Slugfest and added another accolade to the history of the “KC Maxx” Firebird’s winning ways – this time for $20,000 and bragging rights as the inaugural champion at Kentucky Dragway.