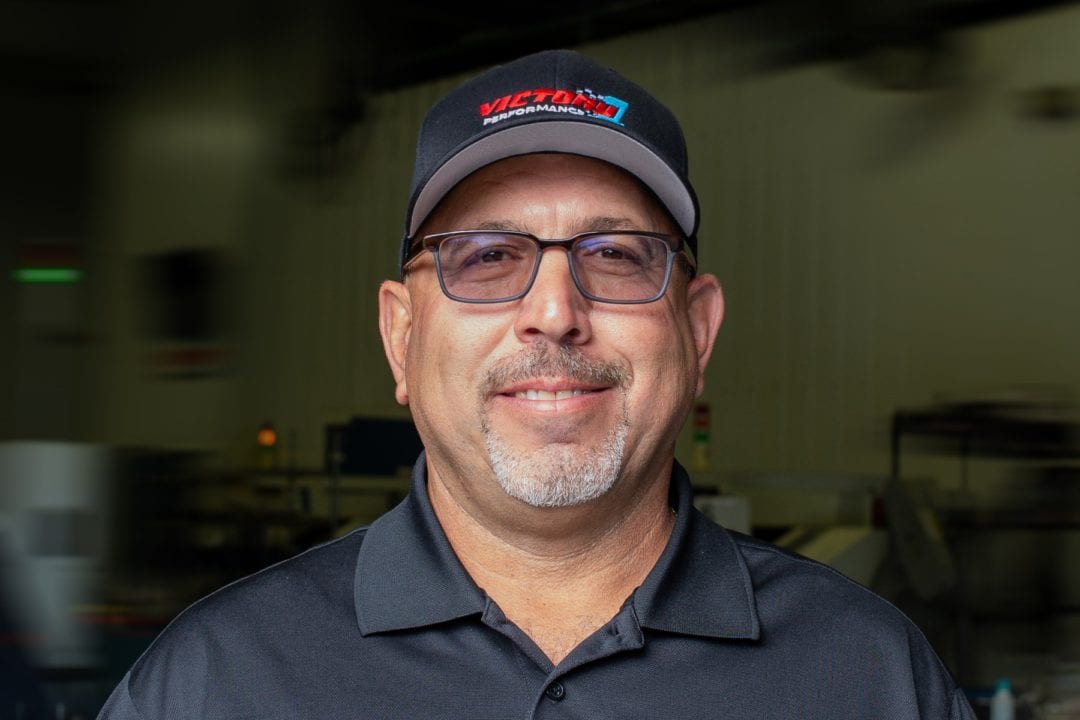 Being a racer for four decades has served Matt Giangrande well in the industry and the PDRA Extreme Pro Stock racer is now excited for his next challenge.

Giangrande has officially been named the Director of Sales and Growth at Victory 1 Performance, an industry leader in forged engine valves. It’s another big step in Giangrande’s career, which started 36 years ago in the industry as a technician.

“It’s something new, it’s a new opportunity and obviously it’s very exciting,” Giangrande said. “It’s a family-owned company and I really like that, and they are able to do a great job of working with their customers. Plus, everything is done in-house and everything is made right there.”

Located in Mooresville, N.C., Victory 1 Performance has built an award-winning research and development team, a key to staying a step ahead of its competition.

Its made-to-order valves have been a popular choice for top names and teams in the sport, going through extensive material testing and analysis capabilities to ensure superior quality and constant improvement.

Those were key factors in Giangrande’s excitement for the position at the one-stop shop for valve train components, while Victory 1 Performance savored the chance to add an established industry veteran to its team.

“We are extremely energized and excited to bring Matt on board as Director of Sales and Growth for Victory 1 Performance,” said Derek Dahl of Victory 1 performance. “His extensive commitment to the racing industry and his ‘service-is-a-product’ mentality have been a major factor in this decision. Victory 1 has built and implemented an impressive set of tools, which Matt will use to achieve our common goal of providing excellent service race after race.”

Giangrande has been entrenched in the sport since he started racing nearly four decades ago. He worked through the ranks in Super Gas and Super Comp before buying a Slick 50 Firebird from Rickie Smith to race in the Northeast Outlaw Pro Mod Association. Giangrande then worked as tuner for nearly a decade before racing in a number of Quick 8 races in the Carolinas. That led to his current stint in Extreme Pro Stock in the PDRA, where Giangrande will remain a mainstay for the 2019 season.

On the business side, Giangrande was an ASE-certified technician for 25 years before starting his own manufacturing/distribution business. He then spent a decade at CV Products/Xceldyne before joining Victory 1 Performance. It’s that extensive experience, both as an employee and racer, which Giangrande believes has been invaluable for customers.

“I think I’ve done a reasonable job of wearing a lot of different hats, from the racer standpoint to the company standpoint to the customer standpoint,” Giangrande said. “We’re not the only one who provides the parts we make, but we separate ourselves on the service side of things. We do a really great job on that.”

Giangrande’s PDRA presence will help Victory 1 Performance tap into new areas, while his current relationship with top NHRA teams and crew chiefs should also be beneficial to the company. He is looking forward to a busy work schedule in 2019 that will include around half of the NHRA’s 24-race schedule and all eight PDRA events. That has Giangrande anxious for next season and brimming with excitement for what Victory 1 Performance can do.

“It’s already one of the most-respected products and they’re always implementing new equipment and processes to make the product better,” Giangrande said. “It’s good to be able to walk in anyone’s pit area able to talk the language, and they seem to respect my opinions. I think that’s the personal service that can help give us an edge.”