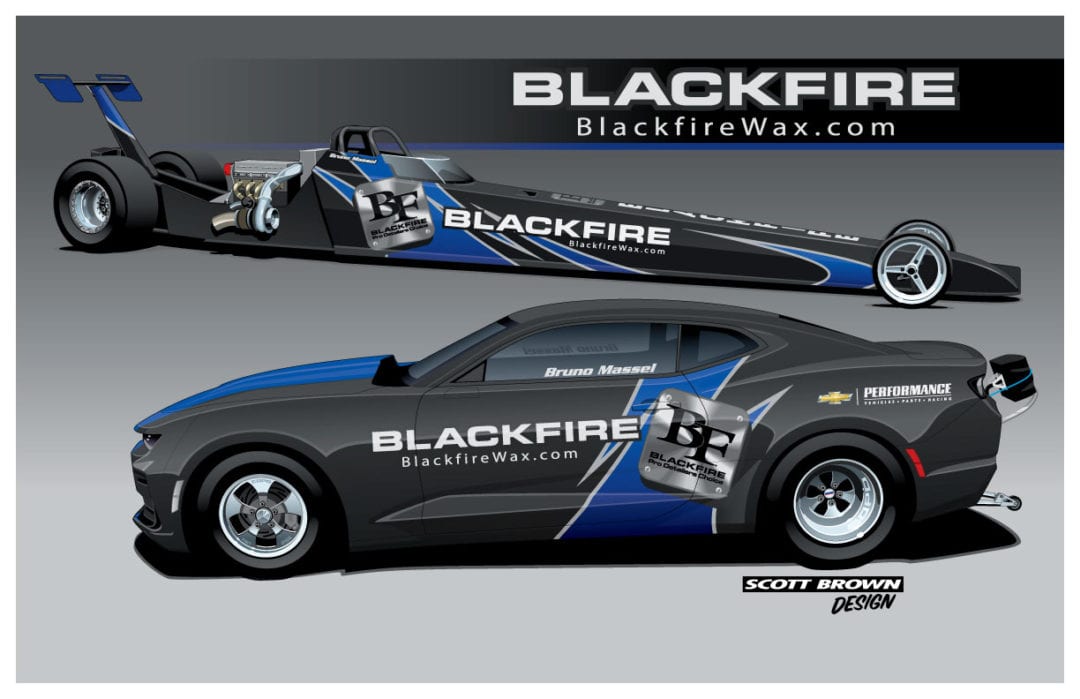 Massel, a past NHRA Comp Eliminator world champion, will not only serve as a voice from within the pits for the NHRA Mello Yello Drag Racing Series broadcasts but at select events will bring fans behind the scenes as a racer as well.

“We’re going to do is make it part of the television show, kind of giving a first-person perspective,” Massel explained. “We’ll have mics on me and cameras in the car, kind of a day in the life type thing. From reporting to driving and back and forth. I’m excited about it.”

Massel has envisioned for years of merging his two passions.

“Logistics were a struggle, and I think we’ve got a game plan that should work for this year,” Massel said.

“Mike Moran’s doing my engines now for Factory Stock,” Massel revealed. “Been friends with him for 20 some years and it’s something that he ’s shown he was successful with Joe Welch’s stuff. He’s wanted to do a Chevy, so we’ll be debuting at the NMCA race in Bradenton in two weeks. Right now things look promising.”

So I’m going to run, I’ll be racing at seven NHRA national events. I’ll make two stops at NMCA and just two divisional races. But a neat wrinkle for me this year is at five events, I’m going to be working as a reporter and racing a car.

While Massel has been hard-pressed to contain his enthusiasm for his 2019 schedule, what has him most excited is to see the excitement coming from his sponsor.

“He’s starting to become a drag racing fan,” Massel said. “Over the last two years. He said he knew of drag racing but never really followed it. Now he flips through and goes on the broadcasts. Through Autogeek and his companies, he fields three cars in the 500 and two throughout the course of the season. To have some love and have him kind of start getting hooked on drag racing,

“I think it’s a huge thing for me and not only me, just the sport alone to have somebody who’s that big of a motorsports guy and he owns the 500 for Christ’s sake, the track.”