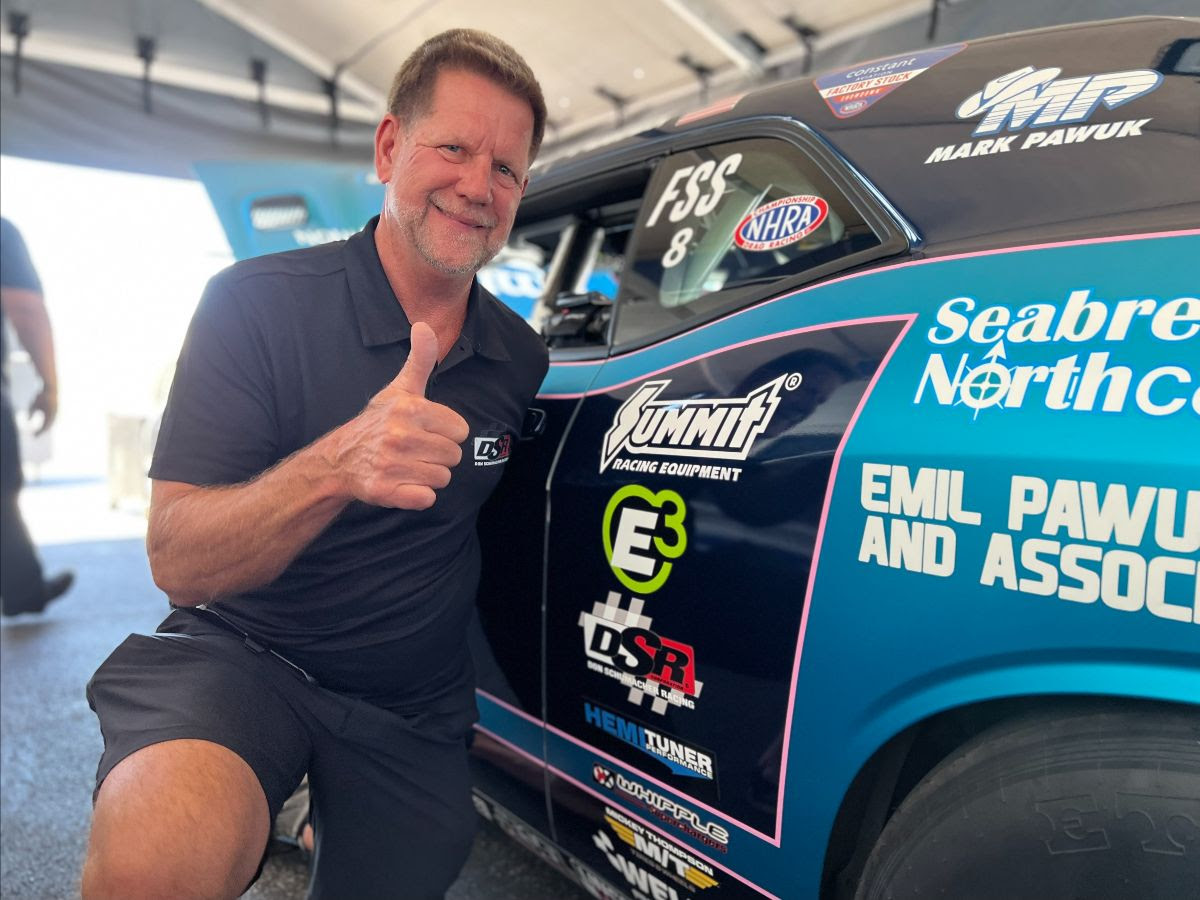 Before he became a championship challenger in the Constant Aviation Factory Stock Showdown Series, Mark Pawuk enjoyed a long and successful NHRA career in the Pro Stock category. He competed in the doorslammer class from 1985 through 2006, banking six national event wins in the process.

“Summit Racing was a major sponsor of mine for 15 years in the Pro Stock class, and I’m glad we’re able to team up again,” said Pawuk. “It’s an honor for me to have the opportunity to once again represent a company that was so supportive in helping me reach a high level of success in my Pro Stock career.”

A resident of Akron, Pawuk is especially proud of his Ohio roots.

“I grew up in northeastern Ohio and Summit Racing Motorsports Park in Norwalk was one of the tracks I used to race at weekend bracket racing in the mid-1970s,” he explained. “With Summit Racing headquartered in Tallmadge, which is about 30 minutes from where I live, it feels like a full circle moment for me. To be an Ohio-based racer with an Ohio-based company backing me at a track that helped launch my drag racing career, it’s just a great feeling. I’m looking forward to carrying the red, white, and blue Summit Racing banner again.”

Pawuk has been a strong contender in the Factory Stock Showdown Series since entering the class as a member of Don Schumacher Racing during the 2018 season. He has powered to three runner-up finishes and three poles, including his most recent No. 1 qualifier at the Gainesville, Florida event earlier this season.

Pawuk has yet to visit the winner’s circle since returning to the NHRA scene, but he has positioned himself as a bona-fide threat in the category. He has finished in the Top 10 for the past two years in a class which often draws between 20-to-30 entrants per event, including an FSS career-best third place finish in 2020.

“We are thrilled to be partnering with Mark again,” said Jim Greenleaf, Motorsports & Events Manager, Summit Racing Equipment. “He was a fierce competitor in Pro Stock, one of the toughest classes in drag racing, and a great representative for Summit Racing. The skills he gained in Pro Stock make him a standout in the Factory Stock Showdown Series and we’re proud to have our colors on the Empaco Equipment Dodge Challenger Drag Pak. We look forward to a winning partnership.”