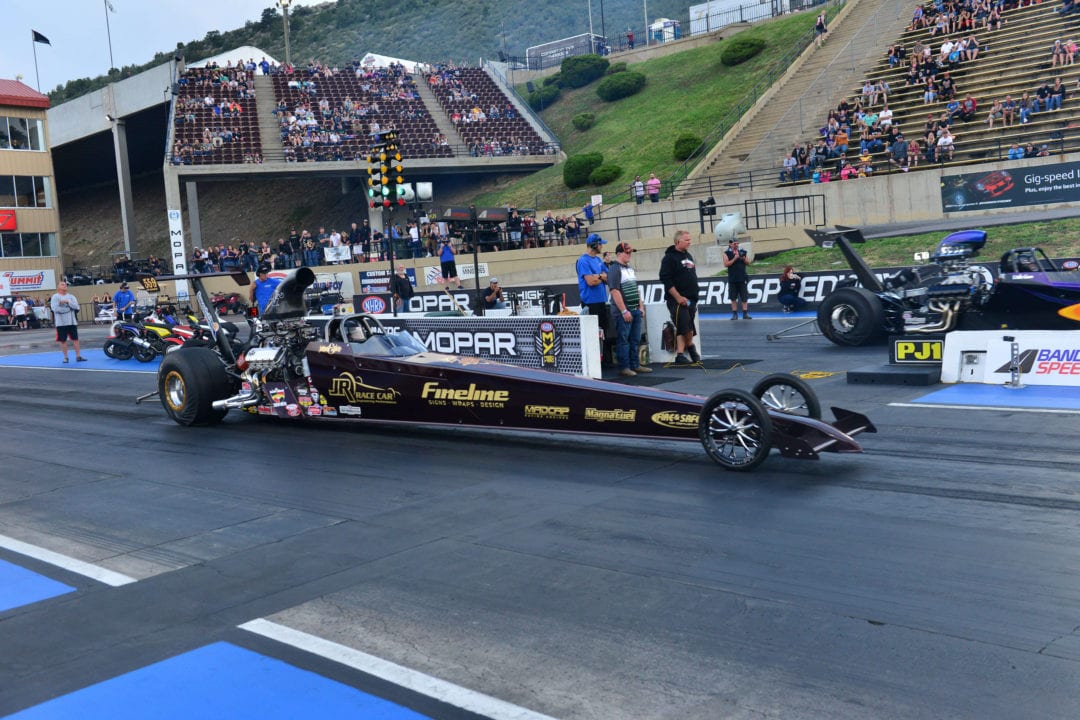 Impressed with how the inaugural DRAG ILLUSTRATED World Series of Pro Mod went, MagnaFuel is back as a sponsor for the second year of the event, and it is bringing big-time Top Dragster and Top Sportsman purses with them.

DRAG ILLUSTRATED officials announced today that MagnaFuel has been named the title sponsor for both the Top Sportsman and Top Dragster classes at their fast-approaching World Series of Pro Mod, which takes place Aug. 10-11 at Bandimere Speedway. The winners in both the MagnaFuel Pro Star 16 for Top Dragster and Quick Star 16 for Top Sportsman will receive $4,000, an impressive purse that has already gotten the attention of racers in both classes.

“We’re very excited to again be part of the World Series of Pro Mod,” MagnaFuel’s Robbie Ward said. “We had a great response from Top Dragster and Top Sportsman racers a year ago, and it was a neat deal seeing how competitive they were at altitude. To a lot of these guys, Pro Mod is the next level for them, and it was great to see them run at a race where they are kind of the show, too. It’s going to be really exciting this year.”

Along with the $4,000-to-win purse, the entry fee for both classes is just $150, presenting a massive opportunity for racers to compete at a world-class event that is one of the most highly-anticipated in 2018.

“Top Sportsman and Top Dragster are two of the most incredible eliminators in drag racing right now,” said DRAG ILLUSTRATED Founder and Editorial Director Wes Buck. “These categories are driving our industry forward, and the cars within – as well as the awesome drivers, owners and teams – are exactly the kind we want involved with the World Series of Pro Mod. As far as I’m concerned, Top Sportsman and Top Dragster are the perfect compliment to Pro Mod, and I’m over-the-moon that Robbie [Ward] and the team at MagnaFuel have made it possible.”

MagnaFuel, a Colorado-based company, has been an industry leader when it comes to high-performance fuel systems for more than 20 years. Working closely with racers, the company has continually developed premium and long-lasting products, becoming a trusted name in the Top Dragster and Top Sportsman classes in the process. Ward has seen a massive increase of interest in the class and has been thankful those racers have trusted their cars with the brand.

“There’s been a lot of growth in the class and that’s been great for us,” Ward said. “It’s still an affordable deal, and they get to go fast and now kind of be the star. It’s very good and it’s nice to do this for the second year. It’s a lot of excitement for us and it’s big for the racers. They’re being treated as pros. We’ve got some customers coming to it, and some are running their program just to run this race, so it’s going to be really exciting.”

The cars and drivers in the class put on an entertaining show at Bandimere Speedway a year ago, and Buck expects more of the same in 2018. The scoreboards will be shut off during qualifying for both classes as well, adding another thrilling layer to the must-see event.

“It is really big for us to have local companies support a new event, and I love that MagnaFuel is associated with the World Series of Pro Mod,” Buck said. “They have recognized the importance of Top Dragster and Top Sportsman to our industry, as well as Pro Mod. These classes are exploding and they put on a killer show, so it only makes sense to have them be part of the action.”

Bringing the biggest and richest Pro Mod race in the history of the known universe to Bandimere Speedway also was an important factor for MagnaFuel. The company has strong roots at the first-class facility, and Ward enjoys that there is now a marquee Pro Mod-based show at the track.

“We’ve already seen a lot of buzz for the event, so it’s going to be very good,” Ward said. “Having Pro Mods here, it’s huge for us. That stigma of the altitude and cars will be slow, they showed up last year and showed that’s not the case. It’s a great show and it’s nice to have it at our home track.”