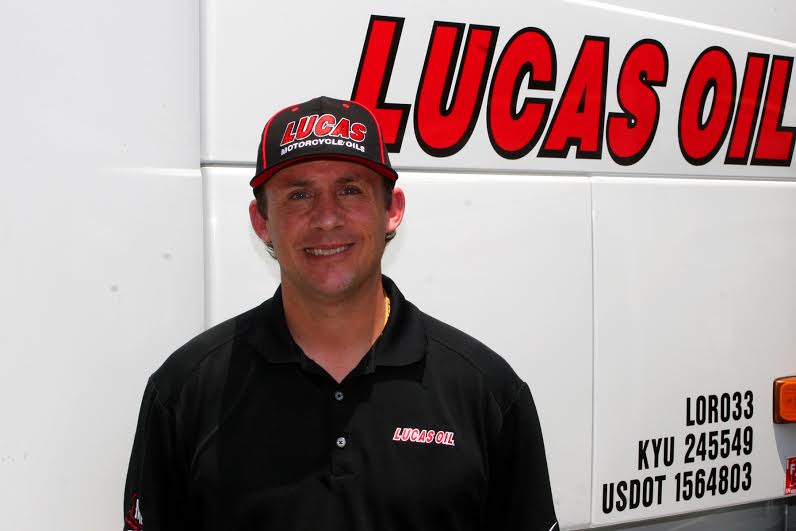 Anthony Vanetti will fulfill a lifelong dream when he rides the MAVTV/Protect The Harvest/Lucas Oil Buell during this weekend’s Mopar Mile-High NHRA Nationals at Bandimere Speedway. Vanetti will attempt to qualify for his first Pro Stock Motorcycle race aboard a third Arana Racing bike.

“My goal is to make good, clean, safe laps; make Hector Arana Sr. happy; and just qualify,” Vanetti said. “That’s goal No. 1, to qualify. I’ll try to knock the rust off a little bit. I haven’t had a whole bunch of test laps, but it’s kind of like a bicycle: You don’t forget how to ride, but you need to get some seat time to get back in the swing of things.”

In May at Lucas Oil Raceway in Indianapolis, Vanetti tested the Buell ridden by Adam Arana last year. He made several short runs, getting a feel for the launching power of the bike. He made one full quarter-mile pass that day and later made several more short runs at an eighth-mile track in Kentucky.

“I’m going to take Denver as a conservative race,” Vanetti said. “It’s a good one to start at, just because the bikes slow down two- or three-tenths. You don’t have to stress about the shutdown area, either.

“I feel pretty comfortable. Hector’s got those bikes dialed in, and I couldn’t ask to be with a better team.”

Vanetti raced some AMA Prostar events for Tonglet and later was invited to audition for the Vance & Hines team. He got a job with the Lucas Oil Off Road Racing Series, and by 2009 he had to postpone his racing dream.

In 2013, Vanetti got a call from Morgan Lucas, asking him to join Lucas’ part-time Top Fuel team for 2014 as a cylinder head specialist. Lucas also told Vanetti that he may have a chance to race the third Arana Buell.

Now, that chance is a reality, and no one is happier than Vanetti. He’s thankful for Forrest and Charlotte Lucas for giving him the opportunity, and he plans to show his appreciation for Arana Sr., too.

Vanetti once rode bulls while participating in rodeo in his younger days and notes that “Buell” is one letter away from “bull.”

“You just put the ‘E’ in it and it’s a Buell,” Vanetti said. “I joke that when I get a top-end interview and thank Hector and the whole Arana team, I’m going to thank them for giving me a race BuEll.”