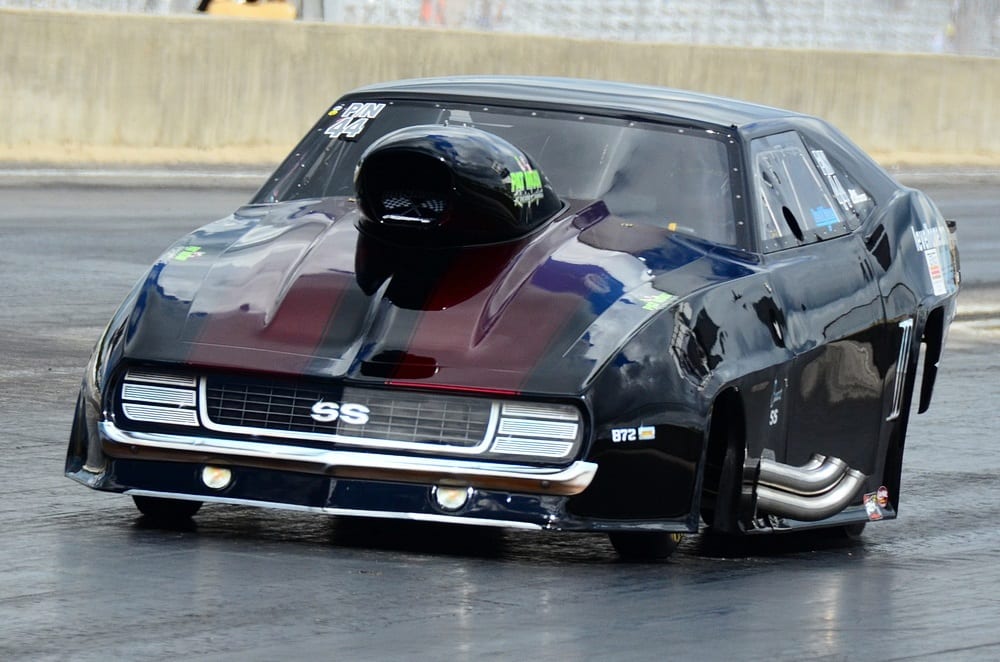 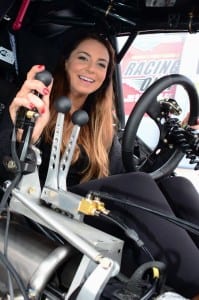 After Lizzy Musi crashed hard last month during the opening round of Pro Nitrous qualifying for the PDRA’s season opener at Ennis, TX, her father and crew chief, legendary doorslammer driver and engine builder Pat Musi, quickly declared there was “no way” they’d have everything fixed in time to compete in this weekend’s PDRA Spring Nationals at Rockingham Dragway.

But with a spare car provided by rival team owner (and Pat Musi Racing Engines customer) Michael Bankston, the 2014 PDRA Pro Rookie of the Year will indeed be racing at “The Rock” when qualifying begins on Friday.

“I can’t thank Mike Bankston enough, not just for the use of his car, but for the way he offered it to me, too,” Musi says. “After something like that happens your whole confidence is hurt; you feel down, you know? It’s hard to explain, but when you have a passion for this and something bad happens it just brings all of your momentum down.”

It didn’t help, either, that Musi’s ride was a brand-new 2015 Dodge Dart, fresh out of Jerry Bickel’s chassis shop with just a couple of test hits on it. “To be honest my first thoughts when I got out of the car was I didn’t even care about myself, all I cared about was the car more than anything. I felt okay—physically—but I was sick about what happened to the car,” she admits.

So when Bankston approached her almost immediately after the wreck with the offer of his ’69 Camaro most recently driven by David Janes last October at Richmond, VA, Musi says she immediately felt heartened by his gesture.

“He came right over and told me, ‘Lizzy, don’t worry, I’ve got a car for you just sitting there. It’s ready for you to drive.’ That just meant so much to me,” she says. “He told me, ‘Don’t worry, I know you’re a good driver and this kind of thing happens to everyone.’ I really can’t thank him enough for the big boost of confidence he gave me right then. Just to know he still believed in me meant so much.”

“I sat in the car when it got here and it looks like my poured seat insert will fit okay, but we’ll have to put some foam or something under it to raise the seat up a little so I can see better out of it,” Musi explains. “We also ordered some pedal extensions from Bickel so I can reach them, so I actually feel pretty comfortable in the car.”

Fortunately, the EFI-equipped Musi 963 powerplant survived the accident in Texas with no serious damage, so it will reside between the frame rails when Musi takes to the history laden Rockingham strip.

“My dad and crew and Mike Bankston’s guys have done so much to get me back out there, I can’t ever thank them enough. I also want to thank Jim Sakuvich for taking our car up to Bickel’s for us,” Musi says. “I hate that we have to do all this extra work, but I want them all to know that I really, really appreciate everything.”