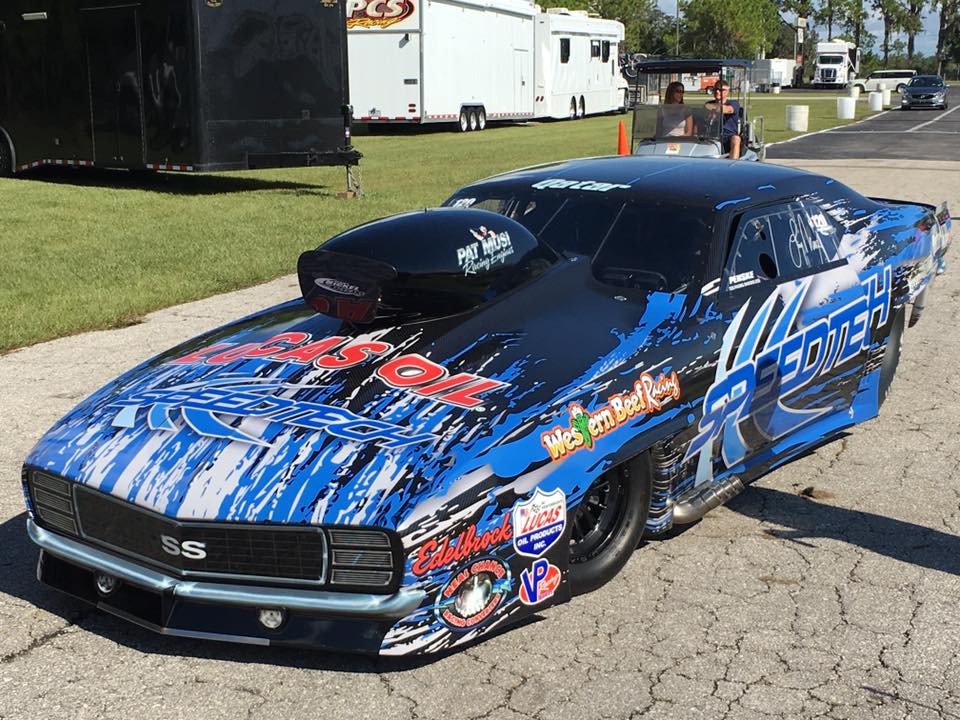 Pat Musi of Musi Racing Engines recently announced a partnership with Al Anabi Performance (AAP) to tune their nitrous-assisted Pro Mod in Qatar and Bahrain events. When it looked like Lizzy Musi would sit out this weekend’s Mel Bush Motorsports Sunshine State Shootout in order to complete necessary repairs on her Frank Brandao-owned car, Al Anabi quickly offered her a ride.

“We were going to scrub Bradenton and get the car ready for Virginia,” told Musi. “Sheik Khalid calls and asks us about Bradenton. He tells me they’re preparing a ‘69 car for Al-Naemi. Turns out him and Lizzy are basically the same size and he offers us that car. He told me, ‘That’s what we’re all about. When we’re together, we’re together. Whatever it takes, get her to Bradenton.’”

The car Lizzy will drive in Bradenton was most recently piloted by Shannon Jenkins at the PDRA Memphis Drags. “The Sheik had worked out a deal to get that car and ship it overseas because he needs a car to run the first Bahrain race we have,” Musi explained. “It all just kind of fell in place. Everybody’s on board – all our sponsors. Frank Brandao is making sure the other car is fixed for Virginia.”

The same engine and drivetrain from Brandao’s ‘King Kong 6’ 2015 Dodge Dart is being temporarily transitioned to the Al Anabi owned ‘69 Camaro. “This will work out good because now we can test the car a little before we have to ship it to our crew overseas,” Musi added. “Being involved with a top shelf team like AAP, that’s what it’s all about. Everybody pulls together. That’s the same thing we’ll do when we’ll race over there. That’s what the Sheik wants and that’s how I race. It’s not about the money with him. As much as any of us, he’s a diehard racer.

“Moe Atat and all the Al Anabi guys have offered great support. Mike Castellana offered anything he had. Other people have offered their cars for Lizzy to drive. It’s amazing how many friends you have out there through racing.”

Although Musi has been partnered with Al Anabi Performance for less than a month, he says the experience has already been more than he would have imagined and he’s looking forward to great things in the future.

“Being under the Al Anabi flag has really been a good experience. We’ve all thrashed on this car to get it done in time. We’ve got a hell of a team, I can tell ya that. When we get overseas they better be ready.”