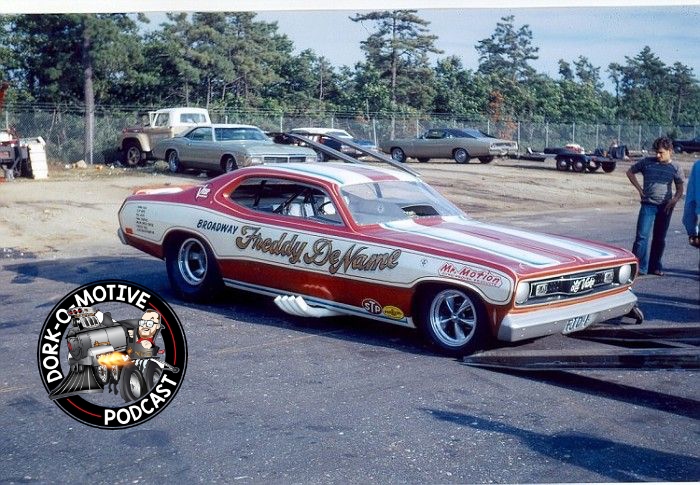 Some hardcore drag racing fans are familiar with “Broadway Freddy” DeName, an East Coast Funny Car driver who infamously stole Don Schumacher’s Funny Car operation out of a motel parking lot in the late 1960s. But as NHRA on FOX lead announcer and all-around drag racing historian Brian Lohnes describes in his new Dork-O-Motive podcast, that was only one of DeName’s mildest crimes. He was also a car thief and killer for the Gambino crime family when the mafia controlled New York City.

Lohnes’ deep dive into the life and times of “Broadway Freddy” is the first in-depth look at this fascinating character. The Bangshift.com co-founder enlists the help of people like Al Segrini, who raced against DeName, and Harlan Thompson, a British Drag Racing Hall of Famer who once drove and tuned DeName’s “Saturday Night Fever” Funny Car.

Check out the full podcast episode below!