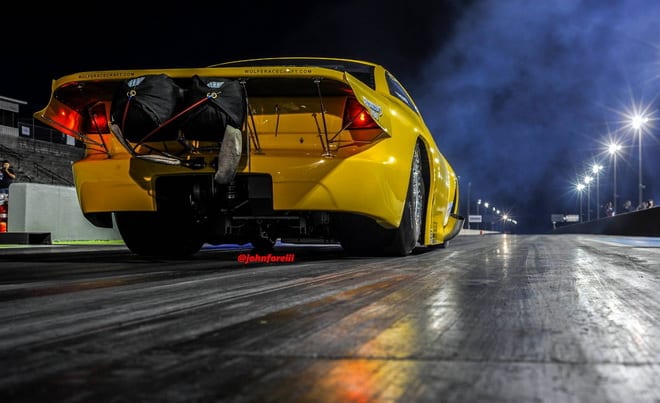 It’s time for the first big race of the year at South Georgia Motorsports Park (SGMP), where the absolute best of the drag radial world—plus several interlopers from the Pro Mod ranks—have been arriving since Monday for the seventh annual edition of promoter Donald “Duck” Long’s now-legendary Lights Out event. 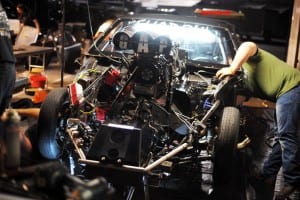 Last year’s event attracted more than 400 entries for the 10 classes contended at Lights Out, but Long expects an even bigger turnout this weekend—especially for the marquee Radial vs. The World class vying for more than $50,000 to win.

“I think we’re going to have somewhere between 55 and 60 cars in Radial vs. the World. They’re coming out of the woodwork,” he says. “I’ve had calls from people all over the country, missed three calls while we’ve been talking, but every time I turn around I hear about someone else who is on their way or planning on coming.”

All the big-name drag radial regulars, including past winners and record setters like “Stevie Fast” Jackson, “The” Kevin Mullins, WOOOO! Nation’s Keith Berry and Kyle “Bad 9er” Huettel, among many others will be there—and loaded for bear on the SGMP eighth mile.

“I see the 32-car field being spread out between a 3.85 and a 4.25 (seconds)—and that’s real numbers, no phantom bullshit,” Long declares. He agrees, too, that the current 3.87-seconds record set late last year in Texas by Huettel’s teammate, Jason Michalek, probably will fall, but doubts it will be as substantial a drop as some others are predicting. “I hear a lot of people talking about 3.70s, but I’m not sure about it. I think it’s going to be someone going bottom .90s that is going to win it. Consistent low 3.90s will be what it takes to win.”

“I ain’t worried about anyone who hasn’t been here racing the last two or three years. I just don’t think you’re going to show up and kick everyone’s ass your first time on radials,” Long says.

“The only X-factor or dark horse for me would probably be David Wolfe. He’s got that new Pro Mod Cavalier with a turbo deal and you just can’t count that guy out—ever. He’s as good as it gets, so if I had to pick someone to kind of show up and surprise everyone, I think it’d be him,” he continues. “I don’t think it’s going to be a Pro Mod that does it, though.”

Haney, who co-owns Tulsa Raceway Park, attended Lights Out for the first time in 2015 (though only as a spectator), and hopes to prove Long wrong. Haney has been waging an online war of words with his fellow promoter in the weeks leading up to the race after last year’s experience inspired him to have a new 2016 Camaro built by Larry Jeffers Race Cars just to compete at Lights Out VII.

“Donald has created a great race here and to be honest he showed me last year there are more racers in the radial world than I thought,” Haney admits. “I got to know Keith Berry and Dewayne Mills and Mark Micke and they’re all just great guys. I like how they support their class and support the vendors who support their class, too. That’s why I wanted to get involved, because I think it’s good for drag racing.”

And despite all the trash talking and online bantering he’s engaged in with Long recently, Haney says he holds nothing but respect for the Florida-based businessman.

“Donald has been great to me throughout the whole process leading up to this,” Haney says. “He even included our flyer for Radial Revenge in Tulsa this April 1st and 2nd in every one of the racer packets he handed out here. That’s the kind of thing I mean about these guys supporting each other.”

Regardless, Long is sticking to his prediction of a drag radial regular taking home the record winner’s purse.