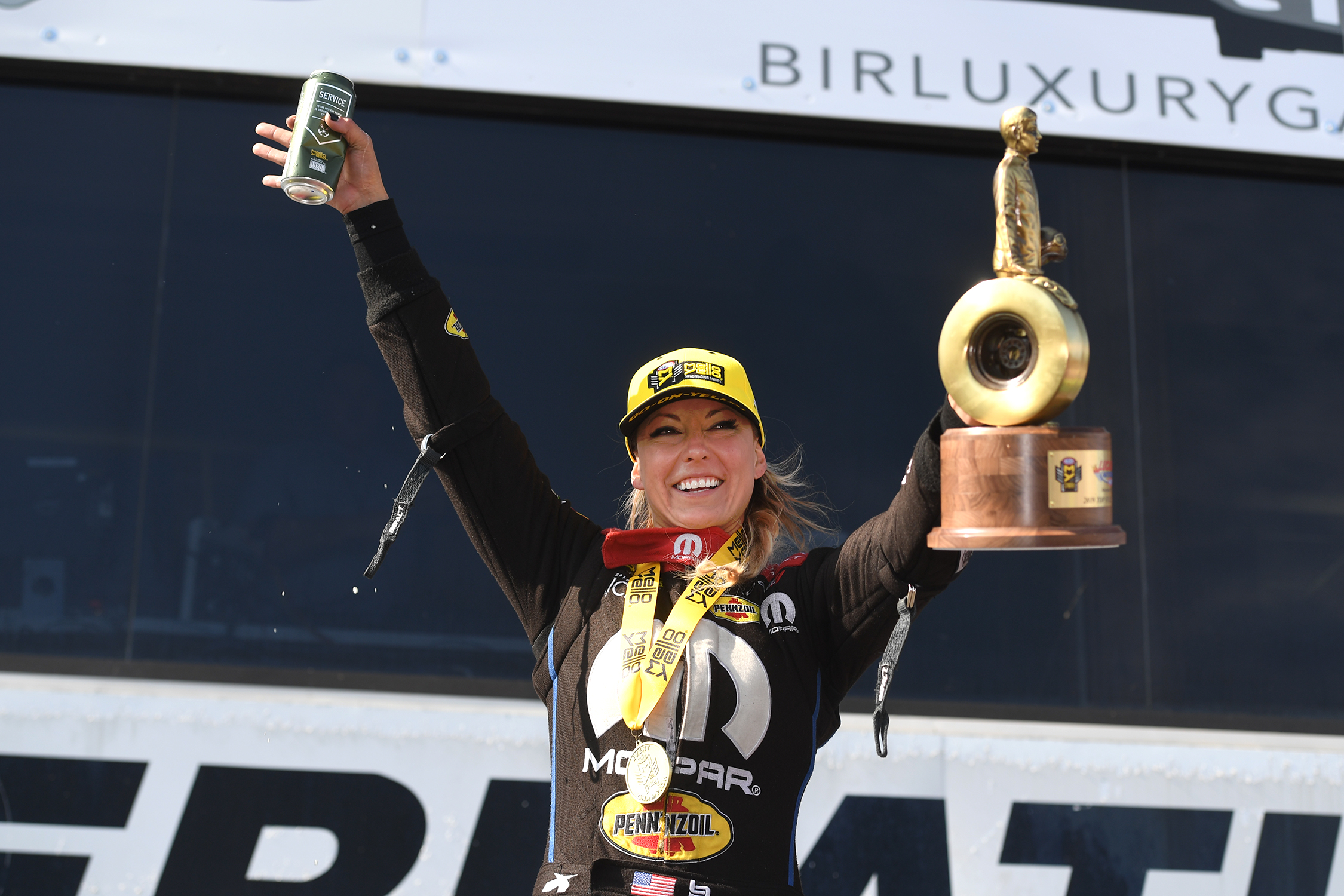 When Leah Pruett was named to the 30 Under 30 List in 2015, it happened just as the young star was making her Top Fuel breakthrough.

She had just advanced to her first final round that year and was on the verge of becoming a full-time racer in the class — just not in the route she expected. Still, that very much represents Pruett’s journey. She’s found her destination and crossed off one impressive goal after another, even if the route has been a little more circuitous than she imagined.

Through that, though, she’s become one of the biggest stars in the sport. She’s marketable, has a huge social media following and, most importantly of all, is successful on the track. That expectations are so high that a fourth-place finish for the third straight year isn’t quite what Pruett had hoped for should indicate just how much things have changed in five years.

“Our fourth-place finish on the season is a direct reflection of our overall performance,” Pruett says. “It’s very respectable, of course, but it’s not the best on the track. We truly feel like we were completely in-stride and making progress as a championship contender, and once our St. Louis incident happened, we lost our consistency.”

The St. Louis “incident” as she called it was one of the most unbelievable Top Fuel crashes in recent memory, with the chassis and body breaking in half, shooting Pruett skyward. The video went viral, but Pruett’s resolve couldn’t be questioned. The team had the car back together and Pruett was racing again just a handful of days later, exemplifying her fighting spirit.

It’s evident in more than Top Fuel, too. She has become one of the biggest faces of the burgeoning Factory Stock Showdown series, winning the championship in 2018.

Rule changes and the rest of the field catching up have made for a tougher go in the past two years, but Pruett remains a major fan of the class. It’s cast her in a different – yet equally exciting light –  in the motorsports and car culture world, leaving her amped for a 2021 campaign that will feature a new 2021 Dodge Challenger Drag Pak.

“El Bandito finished off strong [in 2020] and the new Drag Pak is very exciting and we’re ready to show off some new Mopar muscle,” Pruett says.

It’s a class Pruett likely didn’t expect would become a second home once she joined Don Schumacher Racing during the tail end of the 2016 campaign, but she’s made the most of the opportunity and then some.

The same goes for her Top Fuel career as well. She quickly opened 2016 with her first career win, but things went awry when Bob Vandergriff Racing closed up shop. Pruett, though, pushed forward and her appeal to fans – especially the younger generation – and sponsors brought her to DSR, where she’s been a top-five finisher the last four seasons.

She now has eight wins and 16 final-round appearances – a far cry from where she was just five short years ago – and a hectic lifestyle Pruett likely wouldn’t change for anything.

It’s raised expectations, but Pruett has never been one to set the bar low.

“I think overall the beauty of the 2020 season for us is that we had shown glimpses of a championship-caliber performance, and we’ll be working to get it back,” Pruett says. “We made it the entire season and didn’t lose first round, and next year we have to make it to at least the semis at every race.”