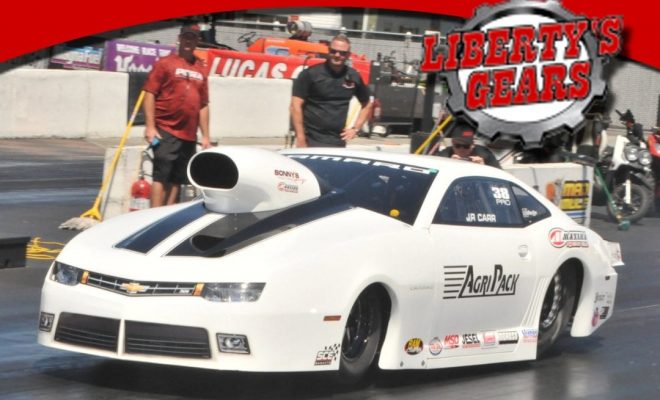 The PDRA is proud to announce a multi-year deal with Liberty’s Gears as the title sponsor of Extreme Pro Stock (XPS). This announcement comes with obvious changes in the class that has been solely contested with Lenco transmissions.

“I’m excited to begin this relationship with PDRA. The PDRA has a lot to offer,” stated Craig Liberty. “I believe this will truly help the class, which is beginning to see a resurgence. The class is intriguing, always fun to watch. It’s a class of innovation and, by adding another trans to the mix, I believe we’ll see that innovation explode in coming years.

“We have a technically advanced component to offer the class. The American way is competition and I love competition. We make each other stronger. Competition is what drives you to make a better product. We’ve spent the last 10 years making sure our transmission is a good fit for any class and I’m excited to see what a Liberty trans can do behind a mountain motor.”

On the heel of this announcement, there are a good handful of competitors who have expressed plans to use Liberty transmissions this year.

“We believe this is the right time to introduce a new dynamic to the class,” Bob Harris stated on behalf of the PDRA. “We’re thrilled to have Craig and Liberty’s Gears come on board as the title sponsor of Extreme Pro Stock. We have several new teams coming to race with us this year and now with the inclusion of Liberty transmissions, the class has a lot of exciting things to look forward to for years to come.”

“We want to see three second mountain motor Pro Stocks,” Liberty emphasized. “They’ve been in the 4.0s for many years now. Hopefully we’ll see a few of those this year.

“We’re here for the betterment of the class. Nobody is forced to run a Liberty trans. I do believe that a second major option on a drivetrain component is a good thing for the racer. I’m proud to be a part of Extreme Pro Stock.”