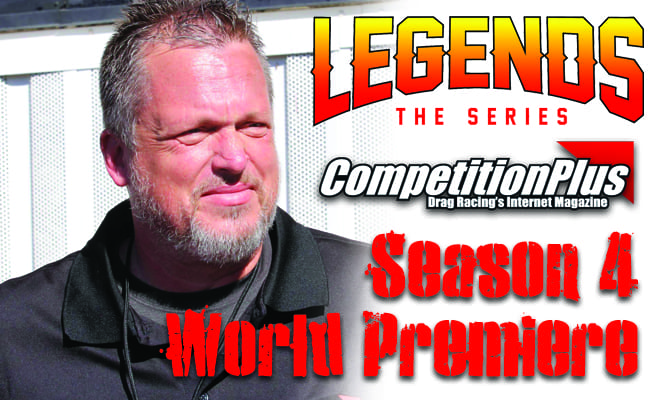 Competitionplus.com owner and publisher Bobby Bennett had an idea back in 2013 for an online video series looking at the legends of the NHRA Drag Racing Series. From the outset Legends: The Series told the behind-the-scenes stories of drag racing’s storied subjects who often reveal untold stories in these interviews.

Heading into Season 4, Bennett tackles one of the most popular personalities in the sport, Eric Medlen, who tragically lost his life in a testing accident in 2007. Medlen’s story is told by his legendary father, John, in an emotional, joyous and unflinching tribute to his only son.

“This was the toughest Legends: The Series episode I have ever attempted to produce. The emotions are so raw we had to stop filming a number of times because either John or myself was overcome with tears,” confessed Bobby Bennett. “Eric touched so many people and was such an electric personality. The stories of his early life, his life on the road, his tragic accident and then the unquestionable after-life experiences John shares are simply amazing. John Medlen in the strongest man I know.”

For the first time ever Legends: The Series will premiere its season-opening episode to the public during the 30th annual Performance Racing Industry Trade Show held December 7-9 in the Indiana Convention Center. The premiere which is being presented by Aeromotive will be shown on Friday, December 8 at 3:00 p.m. in the PRI Media Center. A preview of the Eric Medlen episode can be viewed here.

“We have had over 990,000 people view Legends: The Series episode online since we debuted and are constantly looking to improve the series. This was a great opportunity to honor Eric and John Medlen,” added Bennett.

Aeromotive, a leading fuel systems manufacturer, provided the platform for a grand debut of this compelling episode.

Steve Matusek, CEO of Aeromotive, has become a fan of the online documentary series.

“We are proud to be a part of this iconic series,” Matusek said. “It’s so refreshing to see a series like Legends: The Series capturing the history of our sport, and telling the stories and emotions which go with them. I’m a big fan of the program, and I believe the more people who see it will likewise become fans. I think it lays the foundation to pass on these valuable stories to future generations of drag racing fans.”

The online version will upload later that evening, at 8 PM, EST at CompetitionPlus.com.