Leah Pruett scored the first NHRA Top Fuel win for her and husband Tony Stewart’s professional drag racing team this past weekend in Denver, Colorado, at Bandimere Speedway during the Mile-High Nationals. As significant for their team as this most recent win was – along with teammate Matt Hagan’s success in 2022 – the veteran driver and, arguably most visible driver in the history of drag racing, has been making waves in the sport for years.

DRAG ILLUSTRATED has followed Pruett’s career since its onset and has featured her on the cover of the magazine on three occasions, along with an almost innumerable number of feature stories, photo and video pieces, interviews and the like. Here’s a collection of memorable moments and powerful captures from the Top Fuel superstar’s ever-evolving career. 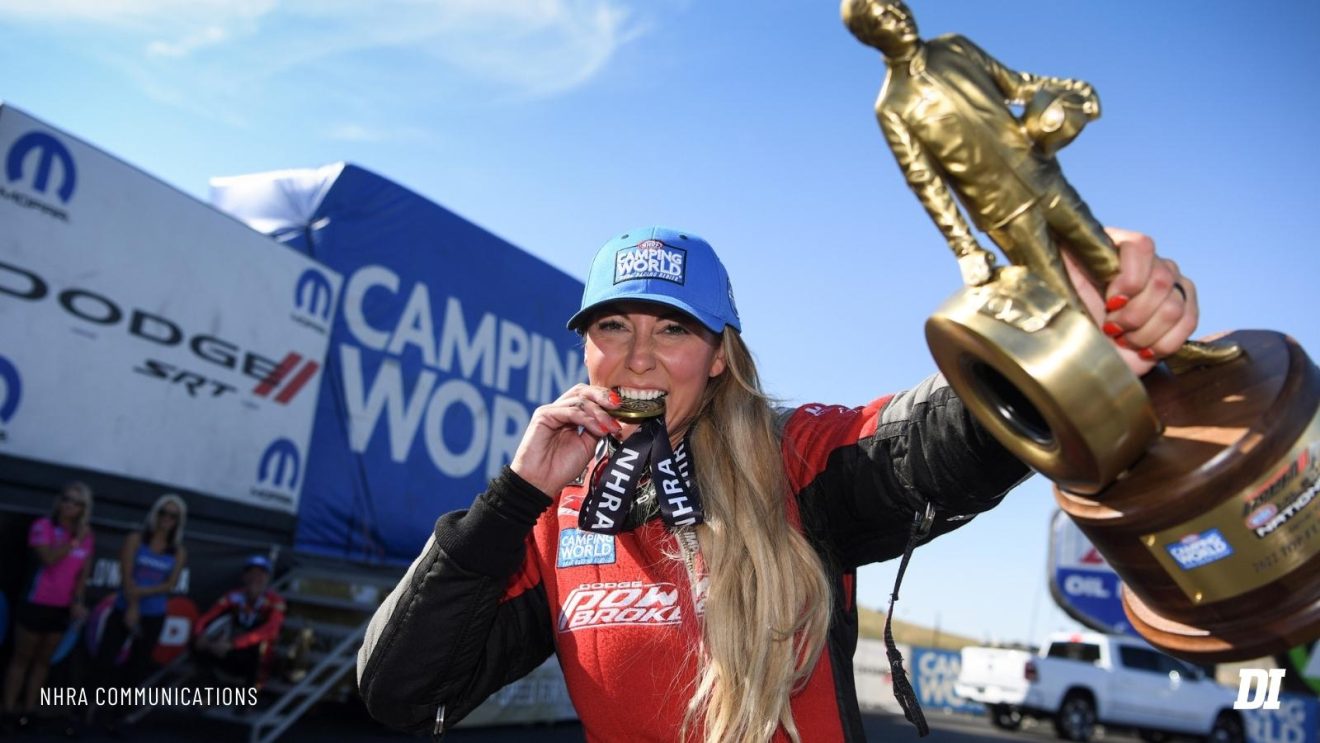 Leah Pruett celebrates at the top end of Bandimere Speedway following her Top Fuel win over Shawn Langdon – the first for her newly-formed Top Fuel team with husband Tony Stewart – during the NHRA Mile-High Nationals on July 17th, 2022.

Leah Pruett behind the wheel of the Plueger & Gyger Nostalgia Nitro Funny Car in the final round of the rain-delayed California Hot Rod Reunion at the NHRA World Finals in Pomona, California, in November 2010.

Leah Pruett smiles as she clinches her second NHRA Pro Mod Wally after going back-to-back in Charlotte, North Carolina and Las Vegas, Nevada, behind the wheel of the R2B2 Racing Pro Mod in late October 2012.

Leah Pruett boils the tires across the starting line at zMax Dragway outside Charlotte, North Carolina, where she went on to win her first Pro Mod race in September of 2012.

Leah Pruett appears on the cover of DRAG ILLUSTRATED for the first time in September 2011.

Leah Pruett steps on stage to the cheers of the crowd assembled for the NHRA Nationals in Phoenix, Arizona, in February of 2016.

Leah Pruett stands in as a crew member alongside crew chief Aaron Brooks on the In-N-Out Burger Racing Nitro Funny Car driven by Melanie Troxel at Bandimere Speedway near Denver, Colorado, in the summer of 2011.

Prior to her husband Tony Stewart making passes in a Top Fuel dragster, Leah Pruett talks about the groove of the drag strip at Las Vegas Motor Speedway in Nevada. 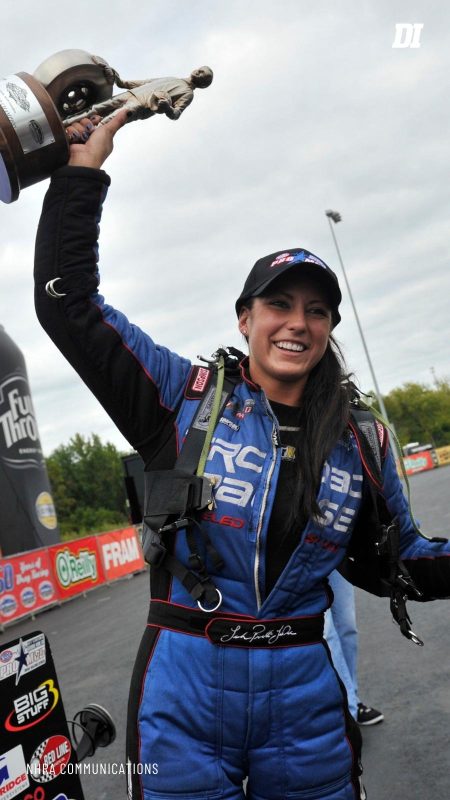 Leah Pruett raises her arm in victory after scoring her first NHRA Pro Mod Drag Racing Series victory in Charlotte, North Carolina, in the fall of 2011.

Leah Pruett strapped into her NHRA Pro Mod Mustang in the staging lanes of Thunder Valley Dragway in Bristol, Tennessee, in 2011.

Leah Pruett’s second appearance on the cover of DRAG ILLUSTRATED came in the spring of 2016. Mark J. Rebilas photographed Pruett in the pits at Wild Horse Pass Raceway Park in Phoenix, Arizona – a few days later she would win her first career NHRA Top Fuel race.

Leah Pruett fills in as a crew member on Brian Thiel’s NHRA Funny Car during the 2011 running of the NHRA Gatornationals in Gainesville, Florida.

During qualifying for the 2012 NHRA U.S. Nationals in Indianapolis, Indiana, Leah Pruett stands proudly next to the ProCare Rx-sponsored Ford Mustang Pro Mod she successfully piloted during the 2011 and 2012 NHRA Pro Mod Drag Racing Series seasons.

Leah Pruett sits within the roll cage of the Plueger & Gyger Nostalgia Nitro Funny Car during a feature photo shoot with DRAG ILLUSTRATED in 2010.

Leah Pruett alongside husband Tony Stewart makes her third appearance on the cover of DRAG ILLUSTRATED in the spring of 2021. These photos were captured as part of a multi-day photo shoot with esteemed photographer Rick Belden at zMax Dragway outside Charlotte, North Carolina.

Leah Pruett as photographed by Mark J. Rebilas in February of 2016 during NHRA Media Day in Pomona, California.

Ryan Martin is proving once again why he is a two-time champion in the “Street Outlaws” spin- off series, “No Prep Kings.” Martin has...