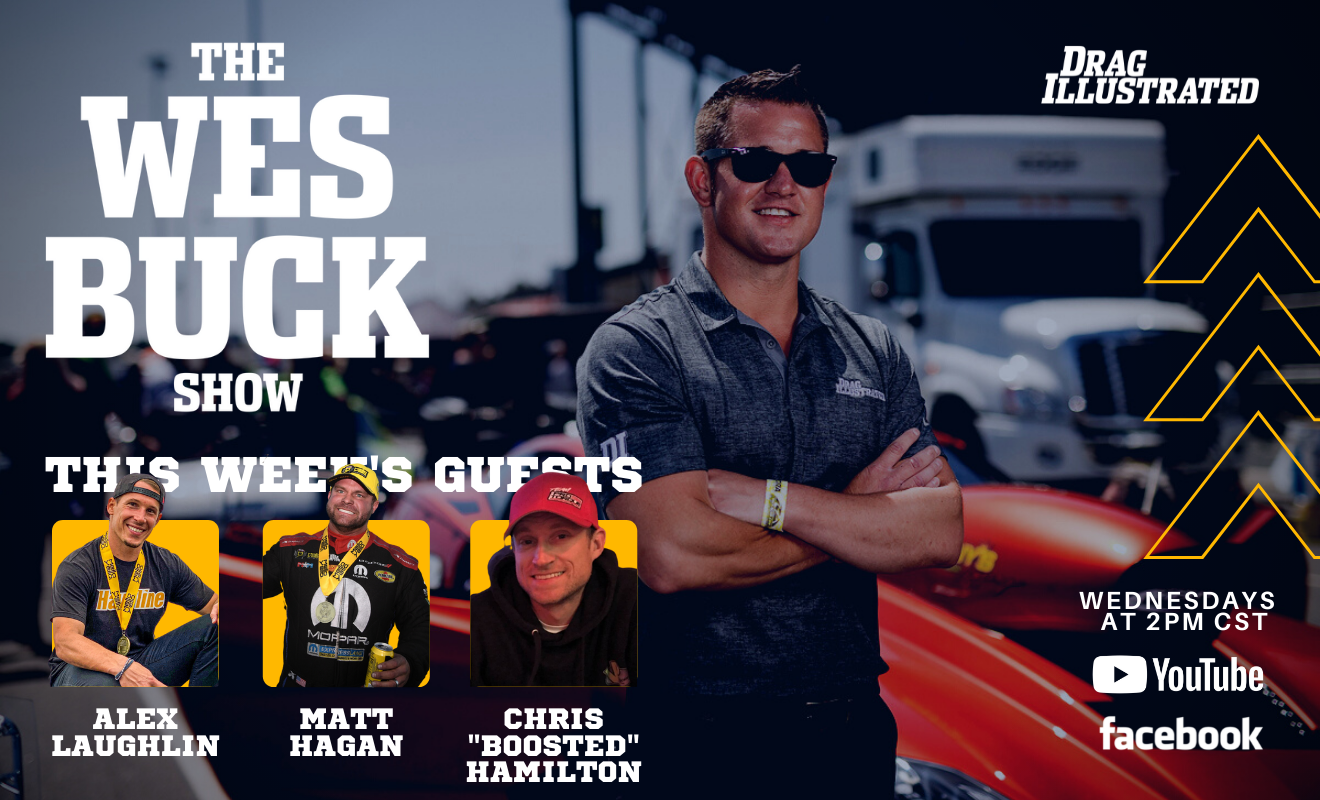 Hosted by Drag Illustrated Founder and Editorial Director Wes Buck, the show is also available in podcast form on iTunes and continues to be a huge hit among racing fans. Joined by co-hosts Mike Carpenter, the Drag Illustrated COO, and J.T. Hudson, “The Wes Buck Show” explores all things drag racing, featuring interviews with the biggest names in drag racing, technical segments with top-level tuners and crew chiefs and much more.

“Between Alex Laughlin’s much talked about move to Top Fuel, the absolute tear that Matt Hagan has been on lately and Chris Hamilton being at the absolute center of drag racing’s hottest property in 2021 — No Prep Kings — it’s hard to imagine this week’s show won’t be an absolute barnburner,” Buck said.

“We’re proud to kickstart conversation in the sport of drag racing, have unfiltered exchanges with the biggest names in the sport and, most importantly, serve our mission to grow and build the sport while doing it. There is literally no other place these conversations are happening, especially not with this kind of audience, and we can’t wait for Wednesday.”

Hagan has been on a recent tear, winning in Brainerd to jump into the points lead in a loaded Funny Car class heading into this weekend’s Dodge//SRT NHRA U.S. Nationals in Indy. Laughlin will be there as well, making his third appearance in Top Fuel since joining the nitro ranks in a shocking move earlier this summer.

He’ll talk about that blockbuster announcement and what his nitro future holds, while Hamilton will discuss the mega-popular Street Outlaws: No Prep Kings series, which continues to reach new levels in popularity.

The diverse mix of guests is a nod to the vision of the show, which features lengthier interviews with multiple guests from different areas of the sport.

Each star guest offers their own unique perspective in drag racing, further exemplifying why “The Wes Buck Show” has become appointment viewing for fans.

“It’s pretty exciting to see how far the live show has come,” Hudson said. “We basically started out just talking drag racing with our buddies around the sport. Now it’s much of the same, but it’s become way more polished. The people in this sport need the opportunity to show the world their personalities and I believe that’s exactly what this show provides.

“Where else can you tune in to see and hear Stevie Jackson pitching John Force on why he should drive for him, or how Fletcher Cox and the Eagles can’t come play in the Turkey Bowl at Stevie’s backyard Thanksgiving football game and how it relates to No Prep Kings. We love this stuff and the conversations we’re having, and I think it shows.”