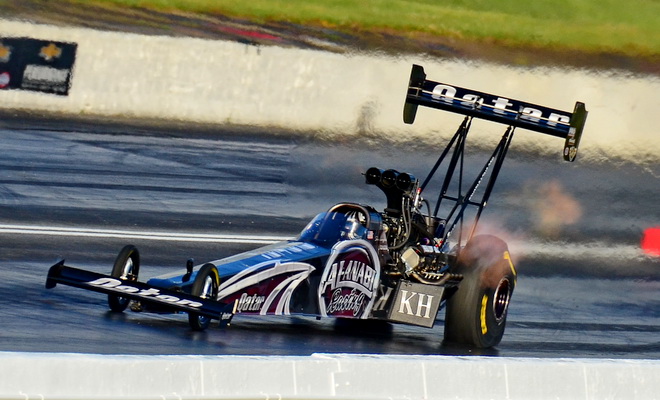 Shawn Langdon still had three months in the regular season and then the Countdown to the Championship to conquer to claim his first NHRA Mello Yello Drag Racing Series world championship.

But the reigning Top Fuel champ wasn’t about to discount what his victory at the Toyota NHRA Summernationals meant to his team a year ago. It came as the second of two straight victories for Langdon, who used that momentum to power his 10,000-horsepower Al-Anabi Racing dragster to a world title. 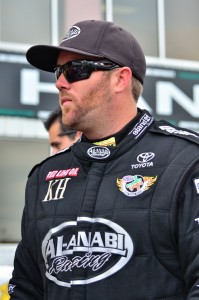 “I’ve always enjoyed racing at the track but I had never seemed to get the results I wanted,” Langdon said. “When we got that victory last year, we really turned the corner as a team. It was an all Al-Anabi final (against teammate Khalid alBalooshi), it was a race sponsored by Toyota and it was at Englishtown. It meant a lot and everything came together after that. That victory really boosted our team.”

Matt Hagan (Funny Car), Mike Edwards (Pro Stock) and Michael Ray (Pro Stock Motorcycle) were last year’s winners of the event that will be televised nationally on ESPN2. It is the ninth of 24 events on the NHRA Mello Yello Drag Racing Series circuit in 2014.

Following the win at Englishtown in 2013, Langdon was never lower than second in the points standings and stayed in first for most of the remaining season. He won four more times, including the prestigious Chevrolet U.S. Nationals at Indianapolis and also twice during the Countdown to the Championship playoffs.

With his first world championship now under his belt, Langdon knows the importance of taking momentum into the key portion of the regular season.

“Once you enter the Countdown you have to have your confidence up,” Langdon said. “It’s hard enough with the way the cars are running in this class, so to win you need to have everything together. Getting back-to-back wins like we did at Topeka and Englishtown really boosted our confidence as a team.”

Langdon, who is currently fourth in Top Fuel points, appears to be nearing a championship groove. Despite qualifying No. 1 at two different events, Langdon has yet to claim his first victory in 2014, though his improvement has been noticeable over the past four races.

He has been to two final rounds in that time, including this past Sunday at Topeka as his Al-Anabi dragster continues to round into form. After dominant stretches in 2013, the team has worked hard to try and separate itself from a loaded Top Fuel field again in 2014. The changes haven’t always worked, but Langdon seems to think big things are in store in the near future.

“We’ve haven’t won and that’s the downfall right now, but we’re still within striking distance of first place,” Langdon said. “We just have to keep working hard and the results will come. I have so much confidence in this team. They know what it takes to win a championship and I’ll go into this race with full confidence.”

At the same time, Langdon also knows that what his team, led by team manager Alan Johnson and crew chief Brian Husen, is testing has to lead to results on the track. The Toyota NHRA Summernationals finishes off a stretch of three straight race weekends, and after a week off, seven more races follow in an eight-week period. Getting hot now would be ideal, but it won’t be easy against a host of championship contenders.

Doug Kalitta, who has won twice at the New Jersey track, is the current series points leader, while Antron Brown, who has three victories this year, and Spencer Massey, who knocked off Langdon in Topeka and has two straight victories, all sit ahead of Langdon. Other challengers include 2008 Englishtown winner Tony Schumacher, 2012 winner Steve Torrence, defending Auto Club of Southern California Road the Future Award winner Brittany Force and J.R. Todd.

“When you’re racing in a stretch like this, it’s really the heart of the season,” Langdon said. “It’s a big stretch and it can be make or break when it comes to your seeding in the Countdown. You can’t really have bad races. We want to test and try new things, but you don’t want to fall too far behind. We just have to stay patient and keep doing what we’re doing.”