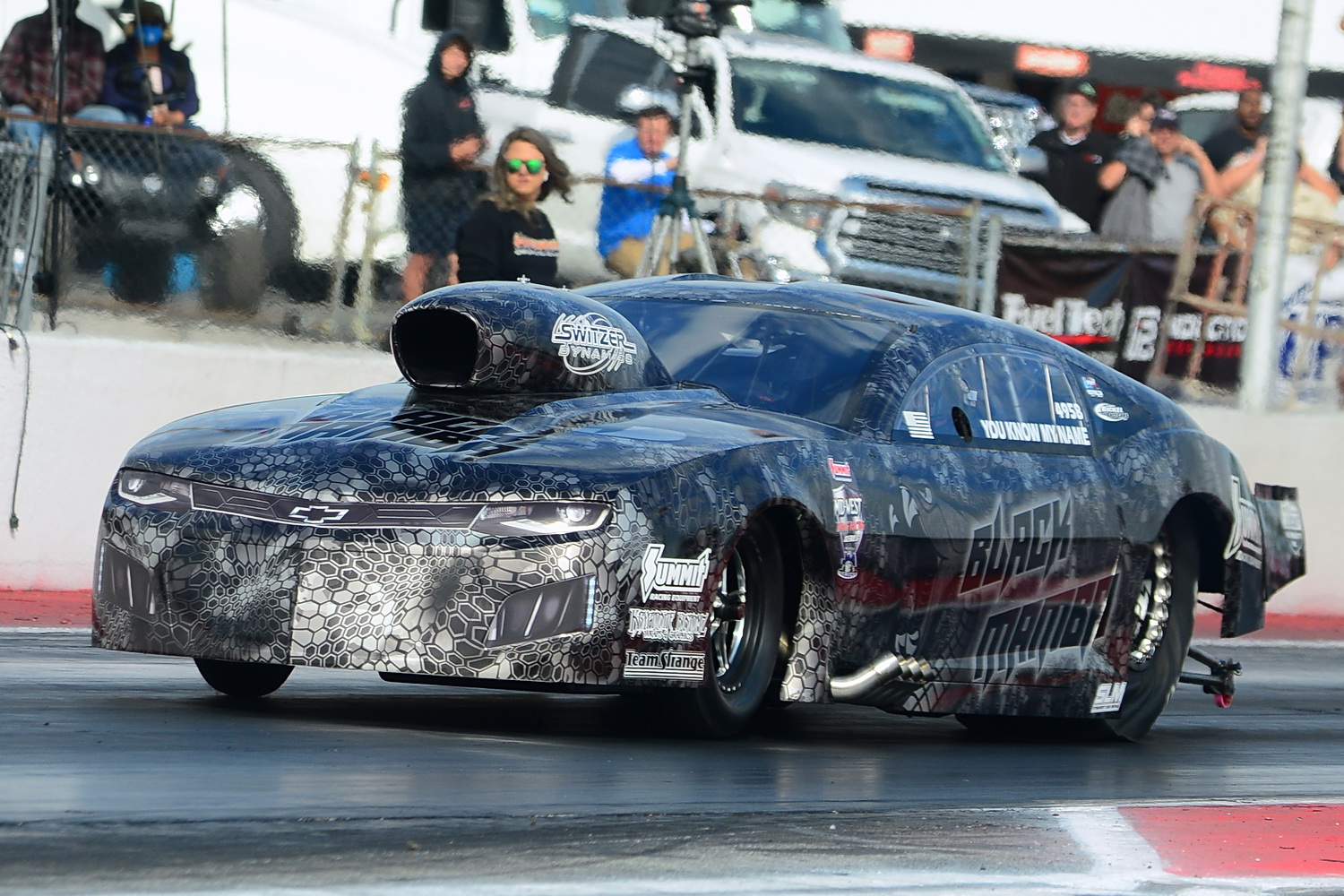 Kryptonite Kustomz, among the country’s leading high-performance vinyl wrap specialists, has been there from the start for the Summit Racing Mid-West Drag Racing Series (MWDRS) presented by J&A Service, partnering with the MWDRS since 2017 as its official vehicle wrap provider.

“We worked with Keith Haney and Todd Martin at Tulsa Raceway Park and then Keith got the Mid-West Series going and it takes time to get to know people at a level that develops trust,” says Chris Davis, founder and owner of the Broken Arrow, OK-based company (www.kkwraps.com).

“But I think that’s important in any relationship,” he adds. “And by now we’ve been around each other long enough that we basically just have an understanding of each other and what we need. I mean, it’s just that kind of relationship.”

“Having Chris and his guys handle all our wraps is invaluable,” MWDRS owner and promoter Haney declares. “Everyone at Kryptonite Kustomz is the best at what they do and what they do best is make all of us racers look our absolute best.”

Davis explains that custom vinyl wraps can be applied to almost any vehicle that can be painted, including of course, race cars. The advantages of a vinyl wrap over paint include much less weight, quicker application time, less cost for creating intricate details and schemes, and the ability to economically repair damage with exact replicas of the original design.

“We really take pride in going above and beyond and making each wrap look unique and as close to paint as possible. A wrap will never be paint, but you can do a quality job if you choose the right material and apply it properly,” Davis says.

“I mean, no one loves a nice paint job more than me, I’ll always say that, but wraps, if they’re done well, are actually a better fit in this sport because the cars are so violent. You know, they’re getting a lot of body flex going over 200 miles an hour and you never know when damage might happen,” he adds. “A wrap is just so much easier and more cost effective to repair.”

Davis also points out team owners and drivers typically take great pride in their cars and a dramatic wrap job can significantly alter a team’s attitude and fortune.

“You know, they want their car to shine, so to speak, and they know we can give them an iconic look, something that’s going to put them on the map,” he says.

“Take DeWayne Mills and his new ‘Golden Gorilla’ Pro Mod. You know, he’s been fairly conservative with his cars, but this time he decided to walk on the wild side and I guarantee that rebranding will bring that whole race team to another level, just from the marketing ability of the new image. It’ll be fun to see what happens there.”

Haney certainly embraces the value of his Kryptonite Kustomz wrapped entry as his nitrous-breathing “Black Mamba” Camaro sports a unique black-and-white, all-over image of a striking snake. But he also appreciates the support Davis and his company have shown MWDRS over the years.

“Kryptonite Kustomz is a true asset to me as a racer, but even more so as an official partner with the Mid-West Drag Racing Series,” Haney says. “Like I said, they make us all look better.”

The 2021 season for the Summit Racing Mid-West Drag Racing Series presented by J&A Service continues Apr. 22-24, with its first-ever appearance at I-30 Dragway in Caddo Mills, TX. Additional stops at Tulsa, OK (twice); Houston, TX; Great Bend, KS; and Martin, MI, will follow, with a return visit in October to Ferris, TX, for the season finale.