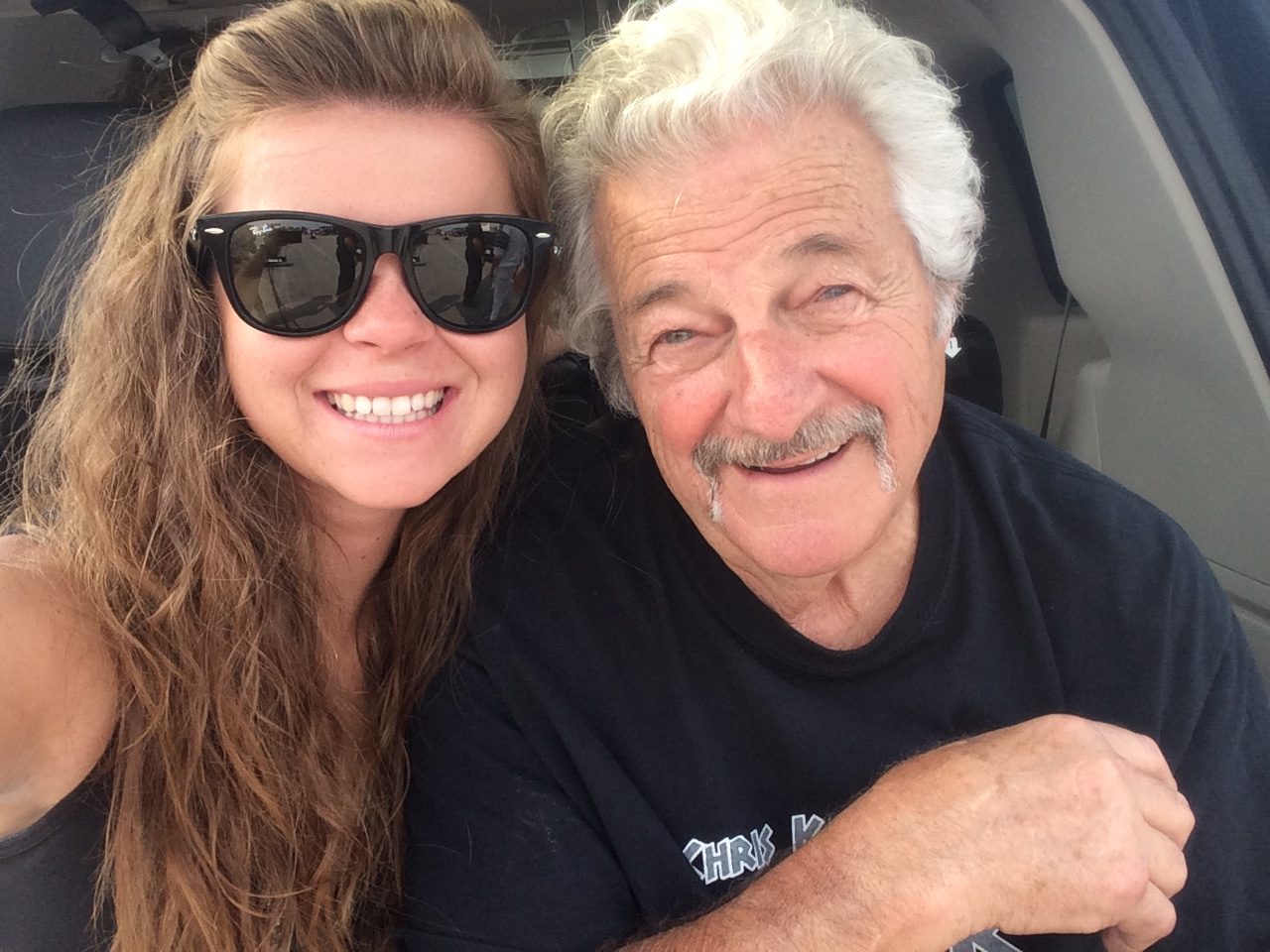 Baldwin began racing at 18 years old in a front-engine dragster in the Nostalgia Eliminator 1 class. In 2015 she upgraded her license to a nitro injected A/Fuel dragster. For the last five years, Baldwin has campaigned her McLeod Racing dragster in the Lucas Oil Drag Racing series with Anthony Dicero. This year she will drive for her grandfather, Karamesines, under the black and gold canopy dragster.

“Making the transition to Top Fuel challenged me in ways that I never thought it could,” says the 27-year-old Southern California native. “It showed me to be resilient and to stay true to who I am and what I want to do. Top Fuel is the dream and I’ve worked tirelessly for years to get to this point and I’m so proud that I get to race with my grandpa. I will admit I’m pretty nervous, but I know when the engine fires up and they close that canopy that I’ll be ready for it.”

Baldwin draws inspiration from her late father, Bobby Baldwin, who raced Top Fuel from the late 1980s to 2001. He owned his operation and he never let the trials and tribulations of high-dollar drag racing get in the way of having fun and being with his friends and family at the track.

“Some days I wish my life were different and that my dad was still here,” Baldiwin says. “But this is how life dealt me my cards and I’m going to make the absolute best of it. I know that he’s watching and I know that I’m doing something that he loved and he would be supportive of. He even raced with my grandpa a few times and it will be very full circle when I jump in the car this week.”

Baldwin welcomes continued support from friend and mentor Paul Lee. Baldwin is the Creative Director of McLeod Racing and FTI Performance as well as a general manager on Lee’s nitro Funny Car team.

“I’m happy to see Krista fulfilling her dreams of driving Top Fuel, following in her dad’s and granddad’s footsteps,” says Paul Lee, owner of McLeod Racing and FTI Performance. “She’s worked extremely hard in making this dream come true. She lives and breathes drag racing and that’s what it takes to be successful. Whether it’s her job at McLeod and FTI, or managing my Funny Car team, she gives it 100%. She excels in all her positions, and she is part of our ‘family.’ Since we are a family-oriented business and race team, we love helping her pursue her dreams.”

The Karamesines/Baldwin entry will be tuned by long-time family friends Bobby and Dom Lagana. The Lagana brothers graciously lent their expertise last year with inspecting the car with a fine-tooth comb to ensure that Karamesines would have an effortless final few races and to make sure the car was suitable for Baldwin.

“I can’t thank Bobby and Dom enough for all that they have done and all that they continue to do for me and my grandpa,” Baldwin says. “It’s a real honor for them to take the time and help tune the car so we can make clean, fast passes. I owe these guys a lot and I hope I can make them proud in Gainesville.”

Baldwin will continue her sleepless nights until she hits the gas in Gainesville. With a healthy mix of excitement and nervousness, she hopes she can live in the moment and cherish each and every second she receives to race with her grandfather. As her dad would say, “I’m here for a good time, not a long time.”