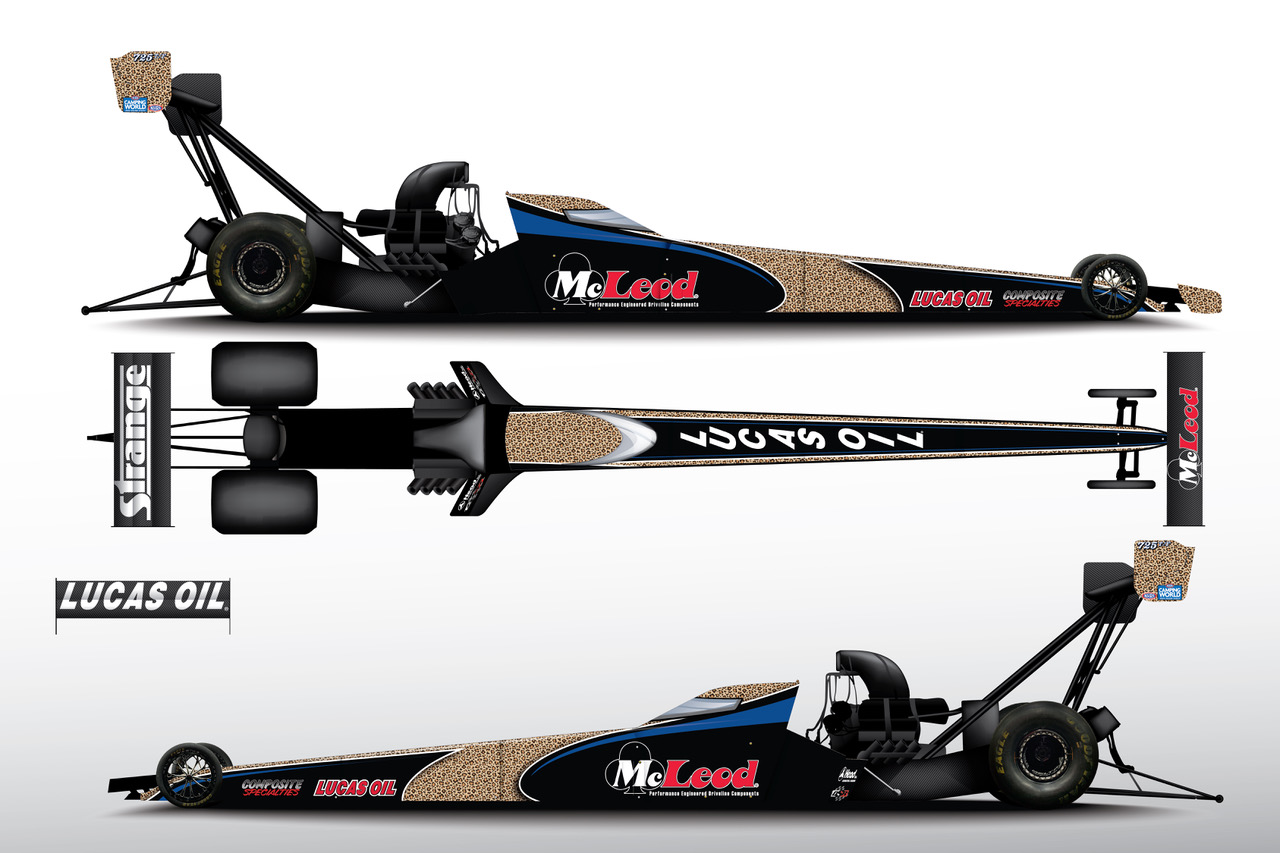 Krista Baldwin will begin her second season of Top Fuel Dragster competition in Gainesville, FL, at the Gatornationals. As a new team owner in the class, she welcomes McLeod Racing and Lucas Oil back as major marketing partners. With a new year, the former Chris Karamesines dragster entry has a new look for the 2022 season. She plans to make an 8-10 race schedule across the country with the NHRA Camping World Series.

Coming off of a successful rookie year, Baldwin has strategically planned for another consistent season.

“Over the course of my rookie year, I have learned how much it really takes to make this nitro beast go down the track,” says Baldwin, a third-generation Top Fuel driver. “From travel logistics, to cost, to crew, to learning how to drive the car, and knowing what I can build on. I am confident that I will run more 3.80s this year. But I know what my part conditions are and what my budget is. And I have to be mindful of that.”

Over the course of the winter, Baldwin has acquired the entire operation of her grandfather, Chris “the Greek” Karamesines.

“I tried to convince Grandpa to continue to be the owner, but he wasn’t going for it,” Baldwin says. “He said that I needed to learn how to operate a team, which is true. He will continue to come to the races and guide me as I continue my season. We are still on the phone every day talking about how to make the program better.”

For the increase of races for 2022, Baldwin has secured McLeod Racing and Lucas Oil to continue their tenure with the team. Along with Composite Specialties, CP Carrillo, Snake Enterprises, and IGTG, Baldwin is able to compete at the highest level of NHRA drag racing.

“Paul Lee has been such a big supporter in my racing efforts,” Baldwin points out. “If it weren’t for him and his support, I’m not sure if I would be where I am right now. And Lucas Oil have been like family to my grandfather and I. And I’m very excited to continue our marketing partnership over the next year.”

Last year, Baldwin raced with the legendary scheme of black and gold to honor her grandfather. But this year, Baldwin needed to break out in her own way with her own scheme. It’s a little wild, but she believes the fans will enjoy it.

“As most of the fans know, I have a ton of custom Vans shoes that I wear out at the track,” she says. “And my cheetah print shoes are my favorite. I knew I needed to stand out from my competition. It makes me smile that I have the ability to be in Top Fuel and have the opportunity to express my personality in a fun way. But the wrap is one thing. Wait until you see the Composite Specialties injector on the car. Let’s just say I’m keeping with the ‘Golden Greek’ vibe.”

Baldwin is excited to be back in the driver’s seat. As always, she will be racing with her best friends and family and “we’re here for a good time, not a long time.”