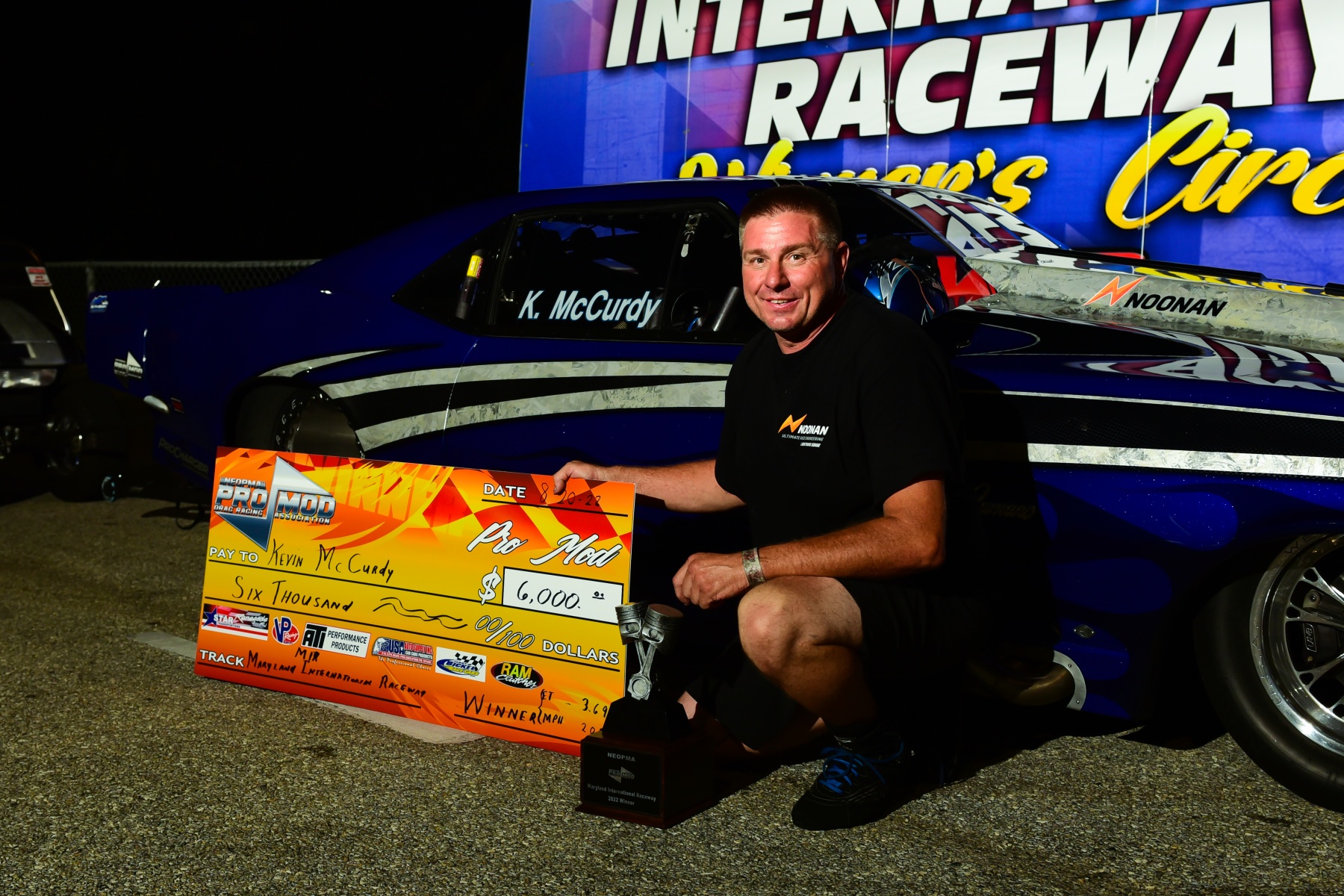 Longtime Northeast Outlaw Pro Mod Association (NEOPMA) standout Kevin McCurdy raced to victory Saturday night at the NEOPMA’s sixth race of the season, which was held in conjunction with Maryland International Raceway’s IHRA Sportsman Spectacular. McCurdy in his ProCharger-boosted Hard Racing ’68 Camaro made his best run of the weekend, a 3.692-second pass at 205.32 MPH, to hold off defending event winner Fredy Scriba, who posted a 3.713 at 201.43 in the runner-up effort.

“This win means a lot,” said McCurdy, a past NEOPMA champion. “We’ve been making progress with the blue car at the last three races we were at. It’s good. It’s consistent. It goes down the track every time, and it’s going quicker and quicker all the time. We knew [a win] would come sometime, but it’s good it happened last night.” 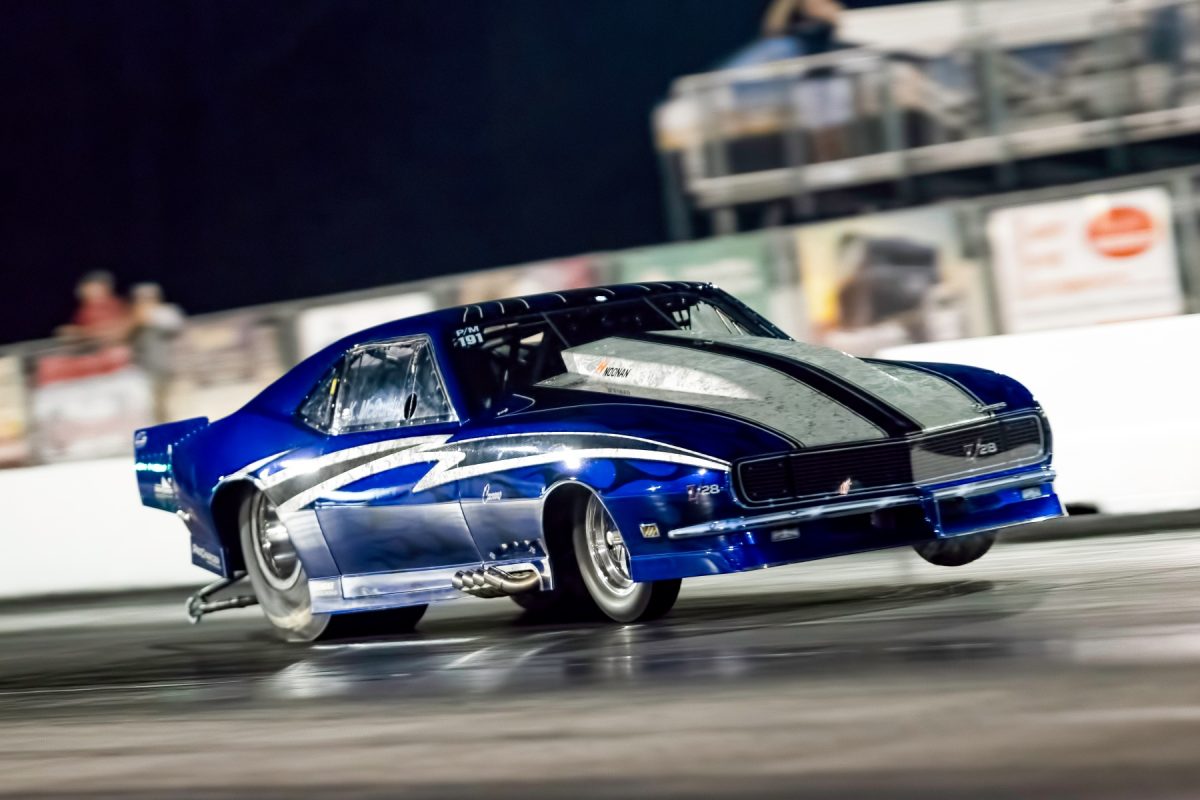 “All the racing any more is so close,” McCurdy said. “I’m not a gigantic fan of eighth-mile racing. I really like quarter-mile racing, but I understand the appeal of eighth-mile racing because it does make everything a lot closer. All the combinations run about the same to the eighth. it definitely makes for side-by-side racing. The majority of the races are won on reaction time anymore. Everyone is so close to one another.

“You have to be on the tree,” McCurdy continued. “That’s where we used to lack when we were running quarter mile because we could always make it up in the end. We’ve been working really hard for the last year on the reaction times. Tyler [Hard, teammate] and I both have been getting really good with it. All the changes we made definitely made a difference in the lights for both cars.”

Late-round finishes for McCurdy and Hard are proof for the team that their recent changes are working as the NEOPMA season winds down.

“This year we started going down the road to try a non-lockup torque converter in Tyler’s car,” McCurdy said. “We actually had it in both cars for the first race, but we pulled it out of mine and put mine back to a lockup and we’ve been running his car with it unlocked. We’re definitely making progress on that combination. I don’t know which one is going to be better in the end, but we’re going to try them and dedicate another race or two to it and see if we can’t make it run as good as mine.”

“Brian funds this Hard Racing operation and that makes it all happen,” McCurdy said. “Patrick is tuning on the cars and he does a phenomenal job. We also have about six loyal crew members who go with us to all the races. Without all of them, we wouldn’t be able to do this.”

“We had a great turnout of cars, especially considering all the parts shortages and other challenges racers are dealing with,” said John Mazzorana. “Once again, Royce Miller and his team at MIR provided us with a fantastic track and a smoothly run race. We’re already excited to return to MIR Sept. 30-Oct. 2 for our 30-30-30 race, where we’re hoping to get 30-plus cars for our 30th anniversary season finale. We’re going to pay $30,000 to the winner, so it’s going to be an exciting weekend for racers and fans.

“I’d also like to congratulate Brian Hard and Hard Racing on their well-deserved win,” Mazzorana added. “Brian has been a tremendous supporter of NEOPMA over the years, and we’re proud to have him and his team racing – and winning races – with us.”