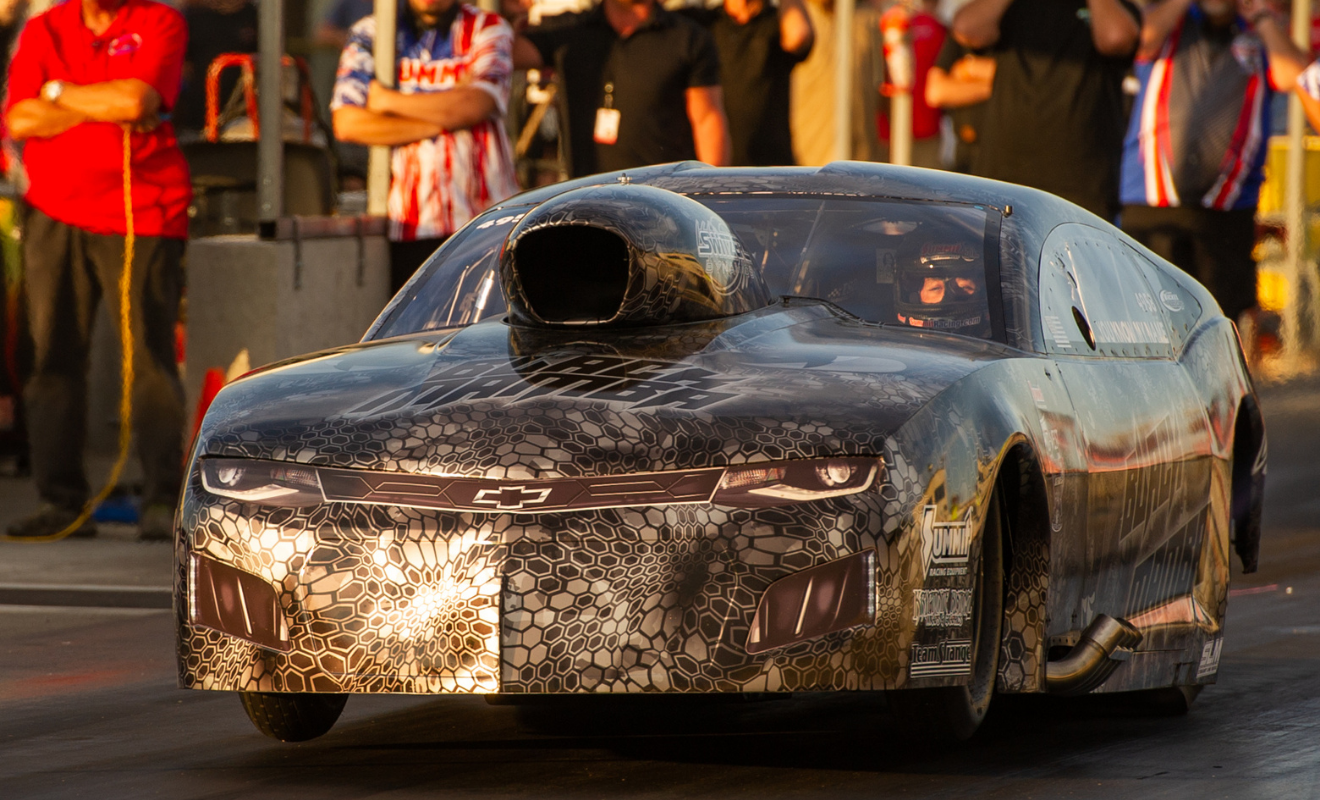 After a runner-up finish in Pro Mod last weekend at the Summit Racing Equipment Mid-West Drag Racing Series presented by J&A Service race at SRCA Dragstrip, Keith Haney didn’t hold back when describing his feelings on the weekend.

Haney and his team took the nitrous-powered “Black Mamba” Camaro to the final round at the Great Bend Nationals, showing significant progress in the first time back in the car since May.

It was a satisfying weekend in more ways than one for the veteran racer and MWDRS owner. While Haney certainly enjoyed a terrific weekend in the car in a loaded Pro Mod class, the Mid-West Drag Racing Series also experienced a banner weekend in its first visit to SRCA Dragstrip.

The racing surface drew tremendous reviews from every race team, while fans and the series’ marketing partners experienced a memorable weekend of racing. With MAVTV also on hand to film, it added up to a dream weekend for Haney.

“Hats off to everyone at the Mid-West Drag Racing Series. Everyone made it happen and they all did a phenomenal job,” Haney said. “The racetrack loved the show, the fans loved it and it was just a great weekend. Everyone knocked it out of the park, and they gave race fans and our marketing partners what they wanted to see.

“It was an amazing track and it’s the best surface I’ve ever raced on, and I co-own Tulsa (Raceway Park). It was such a great atmosphere.” 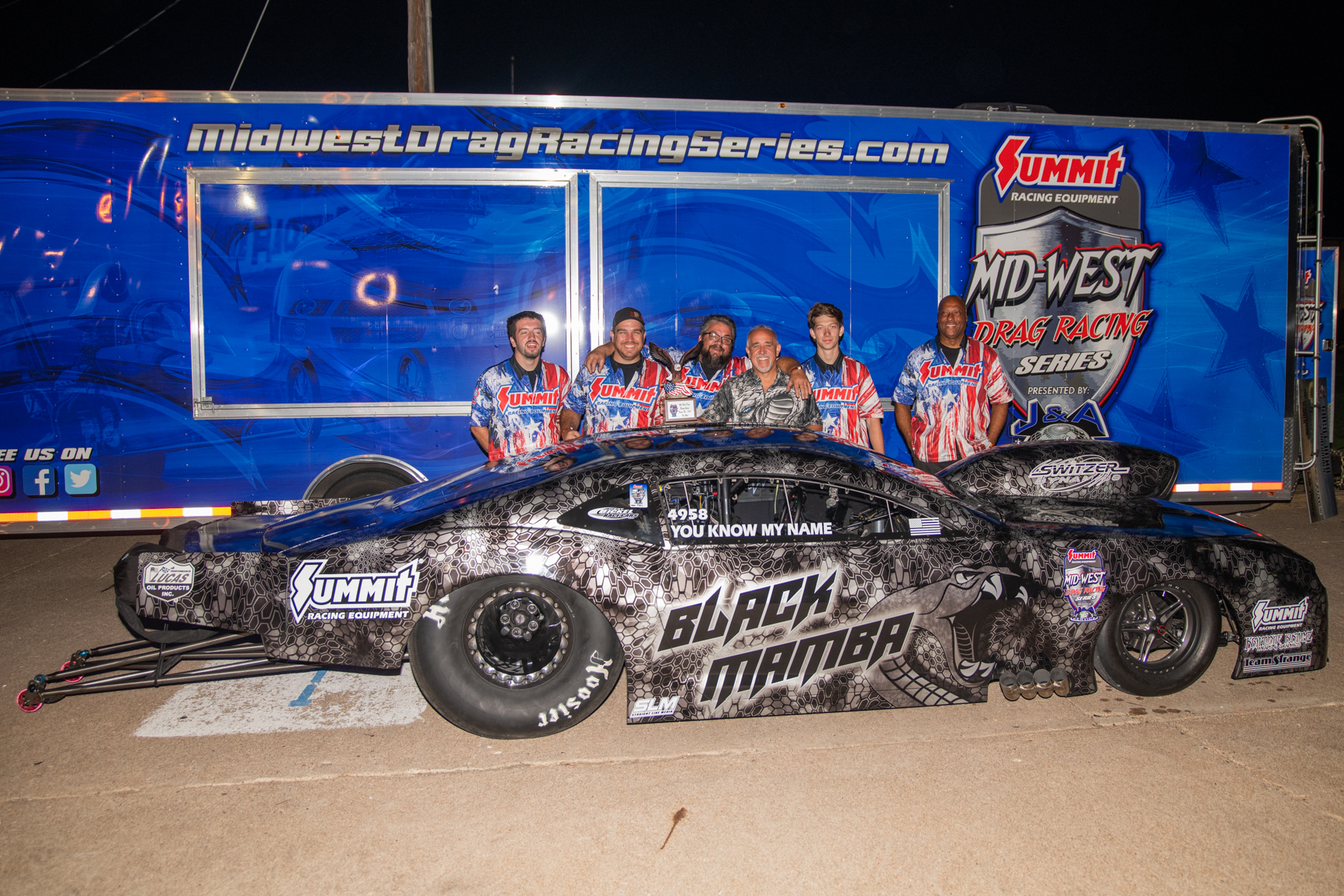 Haney and his team, led by standout tuner Brandon Switzer, took advantage, qualifying fourth with a handful of consistent runs. That set Haney up nicely for eliminations, where he opened with a run of 3.774-seconds at 201.67 mph in Switzer Dynamics/Musi-powered machine. He followed with a 3.737 at 202.55 to get past Ed Thornton, setting up a marquee matchup with No. 1 qualifier and points leader Jim Whiteley in the semifinals.

Haney left first and had enough to hold off Whiteley, with his run of 3.726 at 202.88 sending him to the finals against Joey Oksas. Haney went 3.741 at 188.86 in the championship round, falling just short to Oksas 3.699, as a small electrical issue when the car shifted into third gear causing the drop in speed. If not for that, Haney might have been celebrating the win, though he wasn’t about to complain with his standout weekend.

“We probably would have gone 204 (mph) there and I believe we would have been in the 60s, which would have been enough to make it a really close race or a win,” Haney said. “Hats off to Joey, but truthfully, this was hands down the best weekend we’ve had racing since we got the car. We made 10 full runs and the slowest run we made was a 3.77.”

Haney praised a group that includes Switzer, Dale Hancock, Shane Goodknight, Steve Cooks, Bobby Savedra, Dale and Cale Hancock, and strong back from partners like Summit Racing Equipment, Lucas Oil, Strange Engineering. In the down time, the team made a number of major changes, moving into a new race shop and taking their preparation to an entirely new level. Those significant changes paid off in the first race back and that bodes well for the future.

“I said pre-race I had the car to win with the changes we’ve made in the time off and that showed its head at the race,” Haney said. “It was a full field with an amazing turnout and there were no slackers at all in this field. Brandon has a great handle on this car and my guys did a great job preparing for this race at our shop.”

Haney noted he missed having his wife, Misty, at the track this weekend, but there will be plenty of opportunities to watch him race the rest of the season. He returns to action at the Summit Racing Equipment Mid-West Drag Racing Series presented by J&A Service U.S. 131 Nationals at U.S. 131 Motorsports Park in Martin, Mich. on Sept. 10-11, starting a busy fall that includes five races.