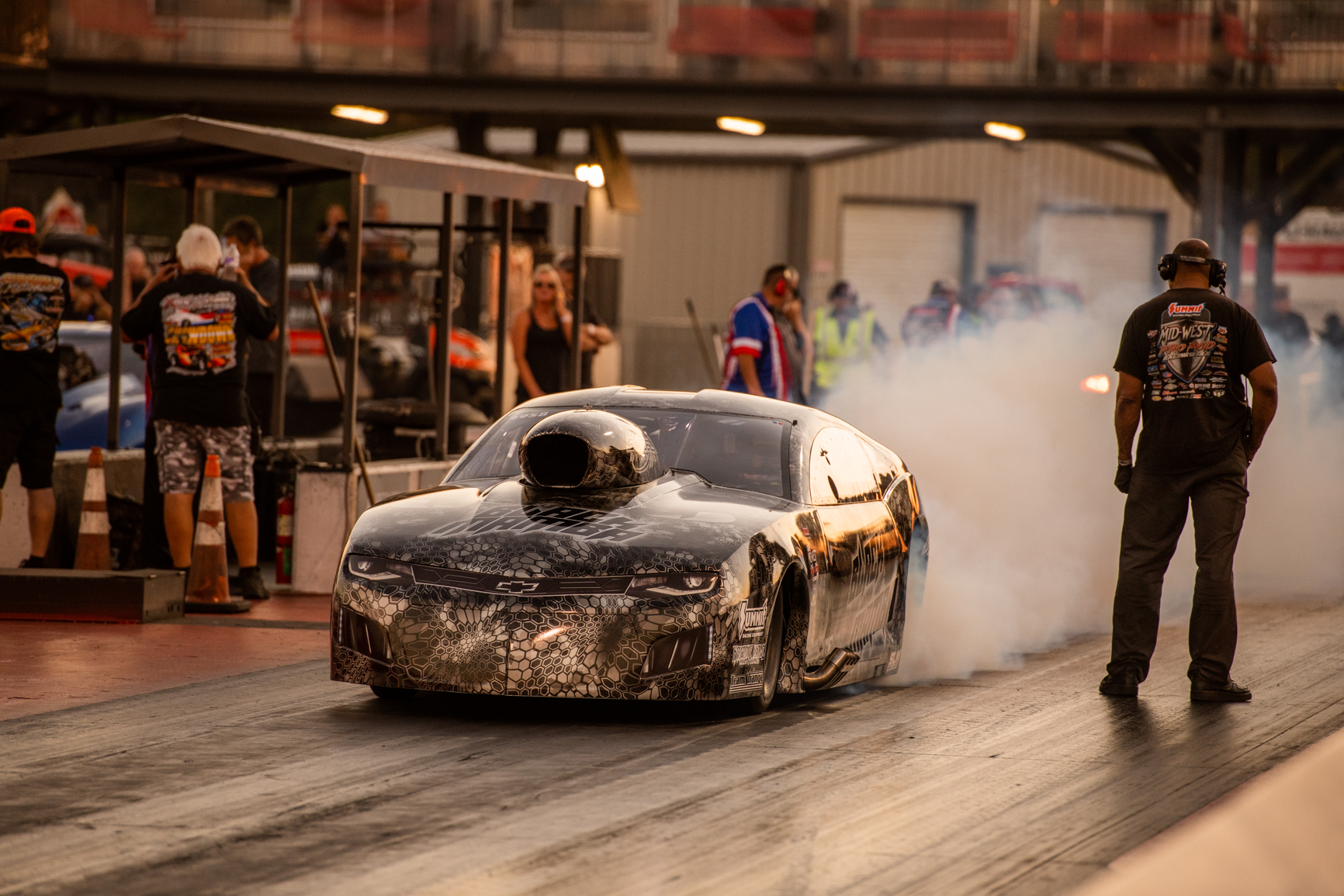 After finishing third in the Summit Racing Equipment Mid-West Drag Racing Series (MWDRS) presented by J&A Service championship chase last season, Stroud Safety Pro Mod driver Keith Haney has had all winter to think about what could have been. Instead, Haney and his team have been working on improving their program to pursue the 2022 MWDRS Pro Mod championship.

Haney’s championship pursuit will kick off this weekend at the Xtreme Texas Nationals, March 18-19 at Xtreme Raceway Park in Ferris, Texas.

“We probably should’ve finished second last year,” said Haney, the founder and owner of MWDRS. “My lights weren’t there, but they got better in the end of the season and now we’re ready to roll for 2022. I feel like we can take the motivation and what we did in 2021 and carry that over into 2022.”

“He took every single thing I had out of my trailer and has been working on the car, doing some updates, and doing a lot of maintenance stuff that has to be done to win a championship,” Haney said. “He’s really put the time and effort into this car to take it to the next level so we can go after the championship. I feel confident. Everybody knows we’re there. Nobody takes us lightly.”

While Switzer was working his magic, Haney and his team – including Dale Hancock, Shane Goodnight, Steve Cooks, and Bobby Savedra – have also been doing everything they can to prepare for the eight-race 2022 MWDRS season.

“My wife, Misty, has been hands on with a lot of things inside the camp,” Haney added. “That’s been great. I got married last year and I wouldn’t be where I’m at if it weren’t for Misty and the great team that I have.”

Haney knows he’ll need to keep stepping up his program to compete with the increasingly tough field of Pro Mod teams in the Mid-West series. Longtime MWDRS competitors like Haney will have to contend with a number of high-level teams joining the series this season.

“There’s a lot of newcomers coming. Now we’re really going to have to be good,” Haney said. “This series has really grown into something big, and it’s phenomenal. This will be the most competitive season this series has ever seen. Everybody’s stepped up their game and gotten smarter. Everybody’s had time to work on their programs and make things better. The competition is unbelievable.”

In addition to getting back on track, Haney is looking forward to catching up with the fans at the Xtreme Texas Nationals and all season long.

“I can’t thank the fans enough for making me what I am today,” said Haney, who also mentioned supporters like Summit Racing Equipment, Lucas Oil, and Strange Engineering. “Keith Haney Racing is what it is because of all the great fans that believe in us.”

Pro Mod qualifying is set to begin Friday at 6 p.m., with final qualifying on Saturday at 11 a.m. followed by eliminations at 4 p.m. Fans can tune in to the official MAVTV Plus event livestream at www.MAVTVPlus.com.