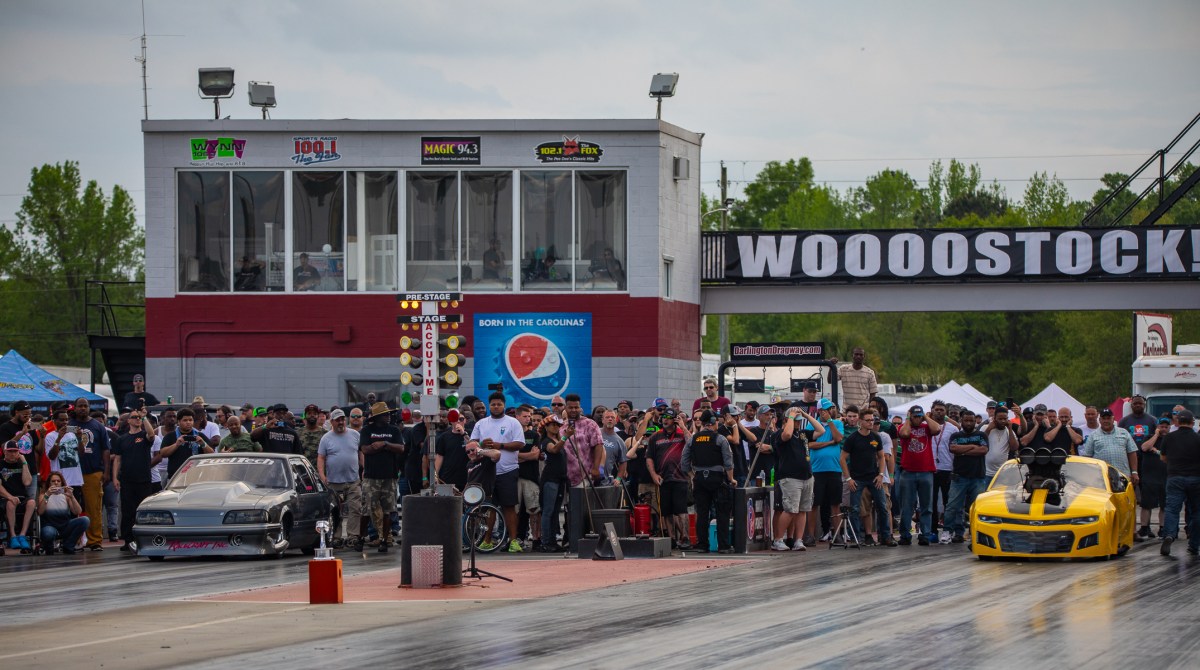 “We waited as long as we could, and we were hopeful,” said Keith Berry, fan-favorite radial-tire racer and promoter of WOOOSTOCK – one of the country’s biggest and most celebrated outlaw drag races. “But after President Trump’s announcement that he was extending the government’s social distancing protocols for another 30 days – through the end of April – it was time we started looking to a future date.”

During a candid live broadcast on his personal Facebook page, Berry announced the fourth running of WOOOSTOCK would be postponed from its original April 16-18 date to May 14-16 – as always at the legendary Darlington Dragway in South Carolina.

“I can’t say enough about Russell Miller, his family and his team at Darlington Dragway,” continued Berry. “As soon as this situation came about, we were all on the phone trying to identify dates that we could slide into, basically, every month on the calendar.

“Of course, our primary concern is with the safety and wellbeing of all the people in this country, and we want to do our part, but we also want to get back to the drag strip as soon as possible. Honestly, that’s our strategy. As soon as we can and feel we can do so safely, we want to bring all of our friends – both racers and fans – out to Darlington Dragway and have some fun.”

Undoubtedly, the aforementioned racers and fans may well have a newfound appreciation for the ability to congregate at the drag strip once the global coronavirus pandemic is under control, and Berry, along with his fellow WOOOSTOCK promoters Lance Stanford and Travis Harvey, hope to be the first major drag racing event on the other side of COVID-19.

“Our goal is to be the next big thing,” concluded Berry. “We have a lot of faith in these United States of America, and while I don’t want to downplay the seriousness of what’s going on right now in this county, I’m confident that we’ll pull through. And as soon as we’re given the green light, you can count on us kicking the tires and lighting the fires for WOOOSTOCK at Darlington Dragway.”