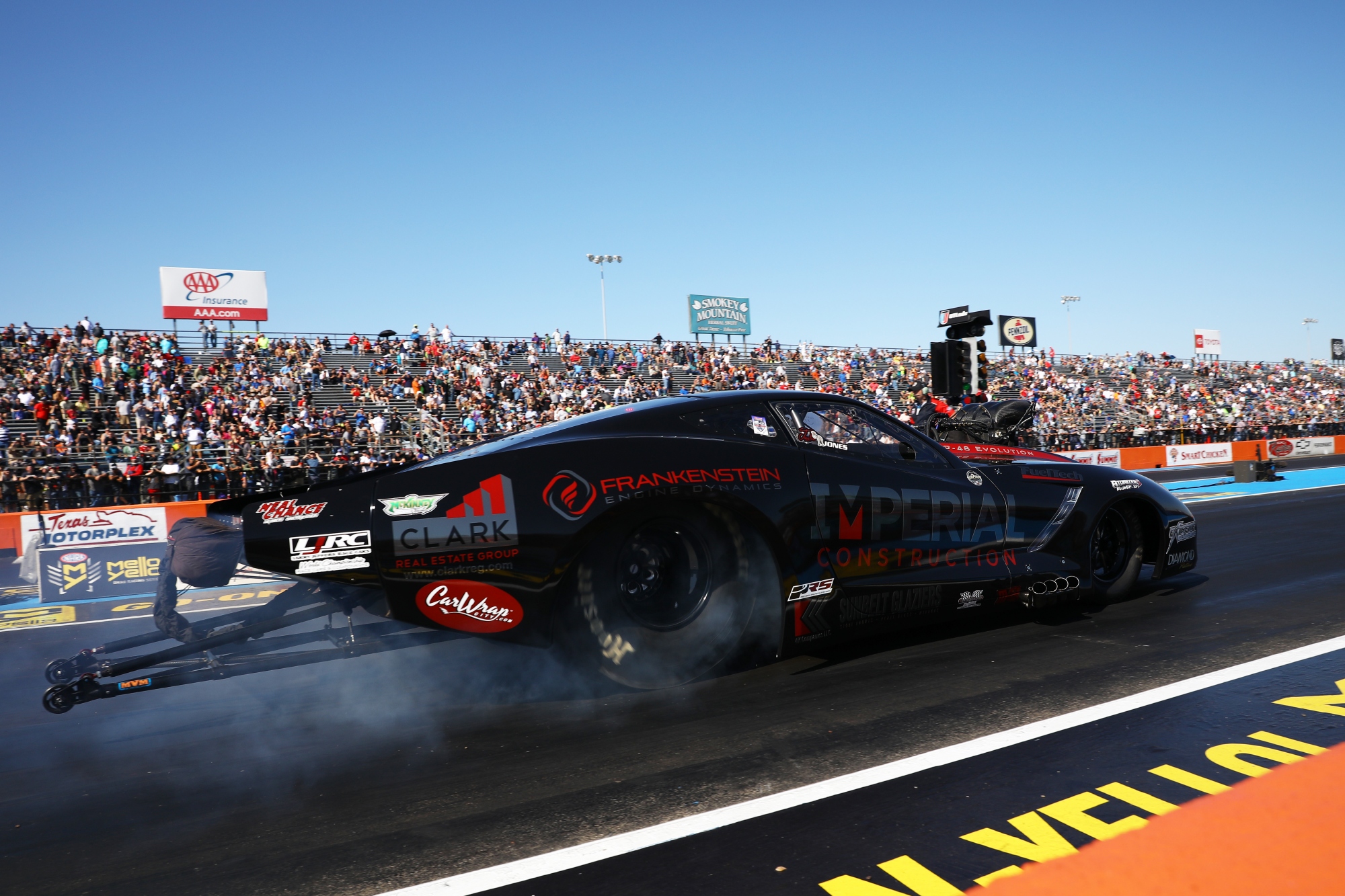 After stunning the racing world with a monster 5.51-second pass at last November’s Street Car Super Nationals, Justin Jones is taking his skills and his Larry Jeffers-built race car to NHRA’s Pro Mod class. In recent years, the doorslammer class has been arguably the best racing in the sport with names like reigning champion Stevie “Fast” Jackson, “Tricky” Rickie Smith, and three-time Pro Stock champion Erica Enders providing wall-scraping, engine-exploding, door-to-door action at every dragstrip on the tour. 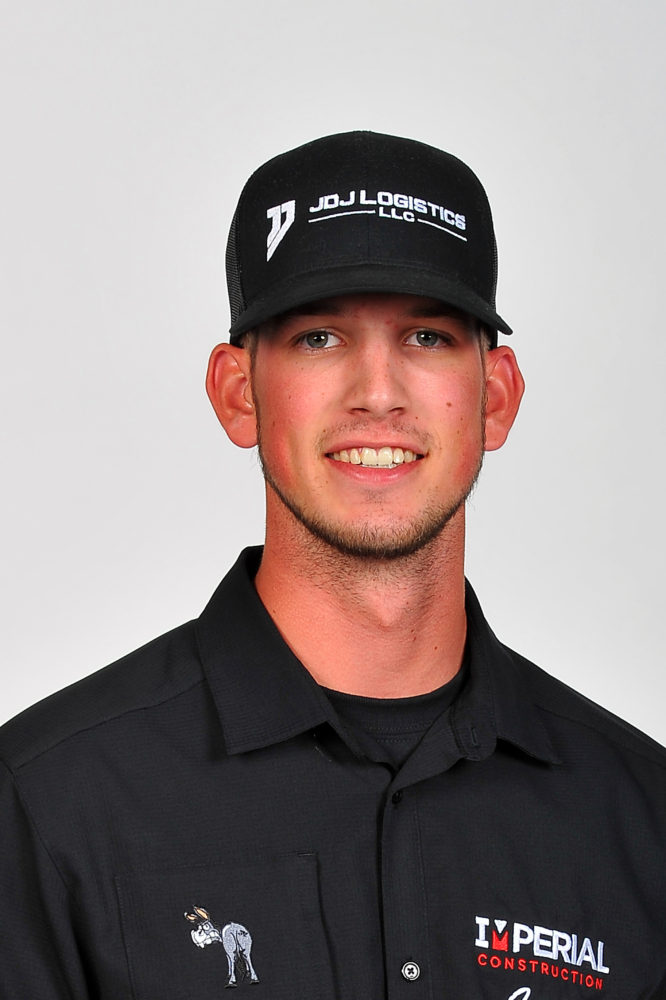 “Yeah, that was awesome,” said Jones, regarding the pass. “I didn’t see it coming. I know we went out there and [crew chief] Brandon [Pesz] tuned it up to a .71 on the first lap. That was the first lap we made because we didn’t get to do any testing because of the rain.

“We were just kinda gambling a little bit and Brandon went out there and ran a .71 with it. We were kinda surprised with that, like ‘huh, first pass ever in the quarter mile, that’s pretty good.’”

Pesz told Jones he wanted to “hop it up a little bit,” expecting a pass in the mid-.60s. Things did not go quite as planned.

“I don’t know if he pressed the wrong button or what, but by golly, it went .51,” Jones said. “It was insane in the car because for probably 250 feet, I couldn’t see the track because the wheels were so high. I was just kinda praying ‘Hope I’m straight!’

“I could see the wall over on the right side and I know I wasn’t over towards the cones, so I thought I was going straight whenever it came back down. I was like ‘Whoa!’”

A bye-run in the first round, a planned pass of 5.49, went awry due to unexpected chassis issues. Jones moved to the second round, where he was DQed due to crossing the center line and hitting a timing cone.

After the loss, the team discovered, during the .51 pass, a strut was bent when the car landed after its wheelstand. Jones exited early with his MWPMS rival and series champion Aaron Wells going on to win the SCSN Pro Mod class later that evening.

The two fought hard the entire 2019 season at eighth-mile events all over the country, with Wells finally pulling away in the last race of the year to take the title. Jones said the two formed a bond over the course of the season.

“He’s a good dude,” Jones said. “His whole family is fun to be around, very humble people. It’s all so much fun when you get a team like that and you’re in such a tight race with them.

“There’s no regrets. We had a blast this year in the Mid-West deal. That’s a great thing Keith Haney put together and we wish nothing but the best for those guys this year.”

While there are obvious differences between eighth- and quarter-mile racing, other factors are also key, such as less wear and tear on the parts, leading to less money spent than the 1320 crowd. The biggest factor for a racer like Jones, who lives his life looking for that extra thousandth of a second, is the length of time spent in the car at the longer tracks. 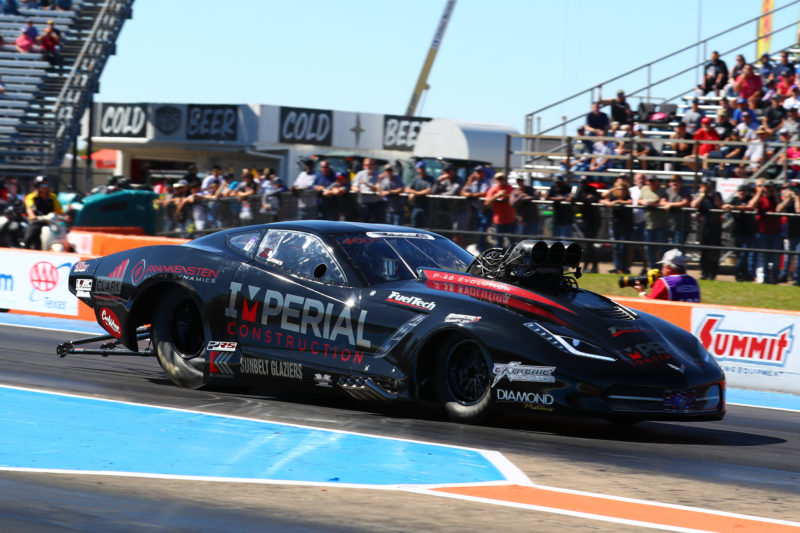 Quarter-mile racing is also more forgiving to cars taking a little longer to get up to speed.

“So I think it gives everybody the chance for tighter fields and I think that’s why in NHRA, you see fields that are seven hundredths apart in a 16-car field.”

The NHRA E3 Spark Plugs Pro Mod Series kicks off its 2020 season March 12-15 at the Gatornationals in Gainesville, Fla.