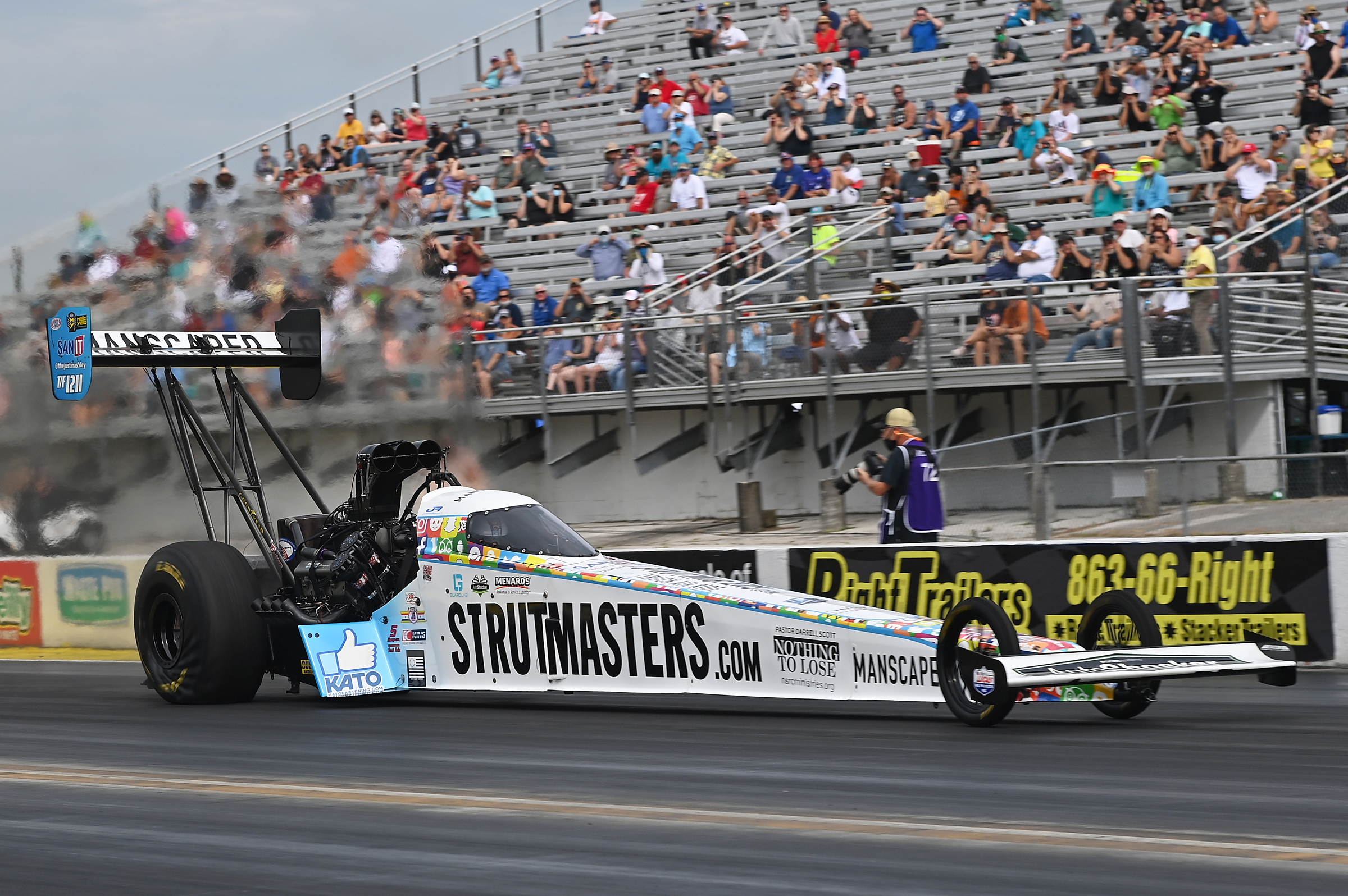 First year Top Fuel racer Justin Ashley, from Melville, New York, joined Pro Stock rookies Mason McGaha and Kyle Koretsky as the nominees for the 2020 NHRA Rookie of the Year award it was announced today on NHRA.com. Ashley, whose father Mike won three NHRA Funny Car national events including the prestigious U.S. Nationals in Indianapolis in 2007, had a stand out season which included a win at the NHRA Summernationals and a Top Ten finish in the Top Fuel category. With two races left Ashley could finish as high as 5th in the Camping World Top Fuel point standings.

“I think overall this Strutmasters.com Top Fuel team powered by MANSCAPED™ had a fantastic rookie season,” said Ashley, upon hearing the news of his nomination. “Just putting things in perspective we are racing the best drivers and teams in the world. These teams and drivers are the best at what they do so to be able to come out in our rookie season and just have an opportunity to be competitive and have a chance to win at every race we went to speaks volumes of our season. I also feel really good about how we represented ourselves off the track.”

Ironically, all three NHRA Rookie of the Year nominees are second generation racers who grew up in pit areas across the country watching their fathers compete on the NHRA Camping World Drag Racing Series. This season Kyle Koretsky scored two quarterfinal appearances in the Pro Stock division and Mason McGaha, qualified for the prestigious DENSO Spark Plugs NHRA U.S. Nationals where he went on to beat his dad in the opening round of Pro Stock. 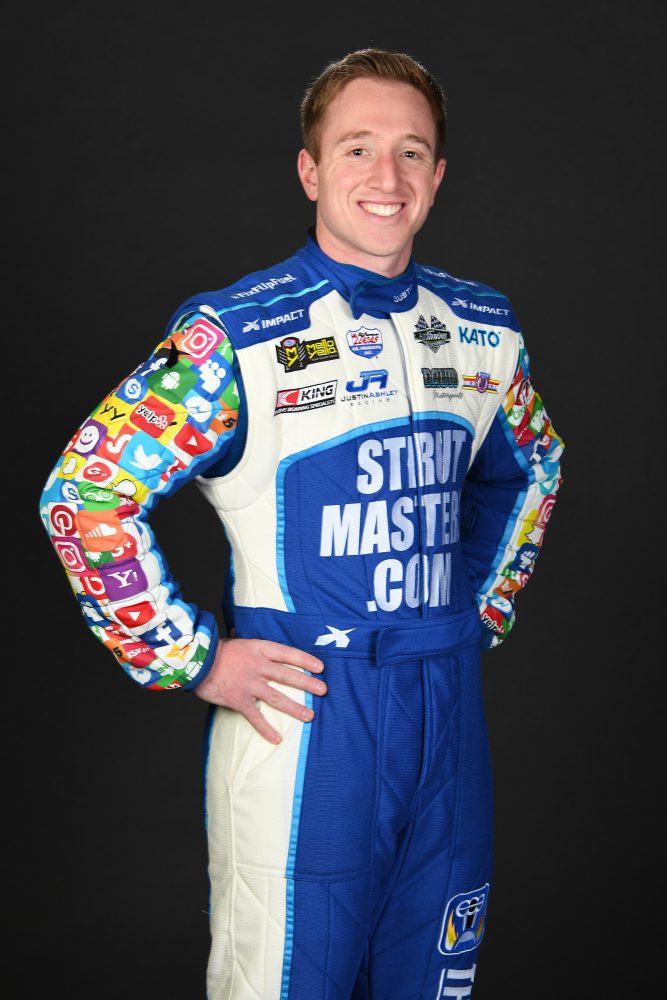 “I think it is cool that Kyle and Mason are also following their dads into racing. I know Pro Stock is a very tough category. All three of us faced some amazing competition this year. I will look forward to seeing them at the track for many seasons to come,” added Ashley.

Ashley qualified for every NHRA national event this season. In addition to his Top Fuel win over veteran TJ Zizzo he raced to one semifinal and four quarterfinal finishes. He also appeared in number of sponsor marketing activations including a promotional video for Auto Shocker for their social media channels. He set his career best elapsed time during the AAA Texas NHRA FallNationals in Dallas, posting a blistering 3.687 second run which also secured him his best qualifying position of 2020 the No. 2 spot.

“There have been a lot of ups and downs our rookie season. We were at our highest point after we won the Summernationals and followed it up the next day by going to the semifinals at the U.S. Nationals,” said Ashley. “The car was running really good and everything was clicking on all cylinders and then the three races after that, two first round losses and a quarterfinal loss. It is a test. You have to know that at some point of time if you are not going through adversity or struggling with something it probably means you are not trying hard enough.”

With two more races on the 2020 NHRA Camping World Drag Racing Series Ashley will be heading to Houston and Las Vegas with the goal of securing top qualifying positions and more wins.