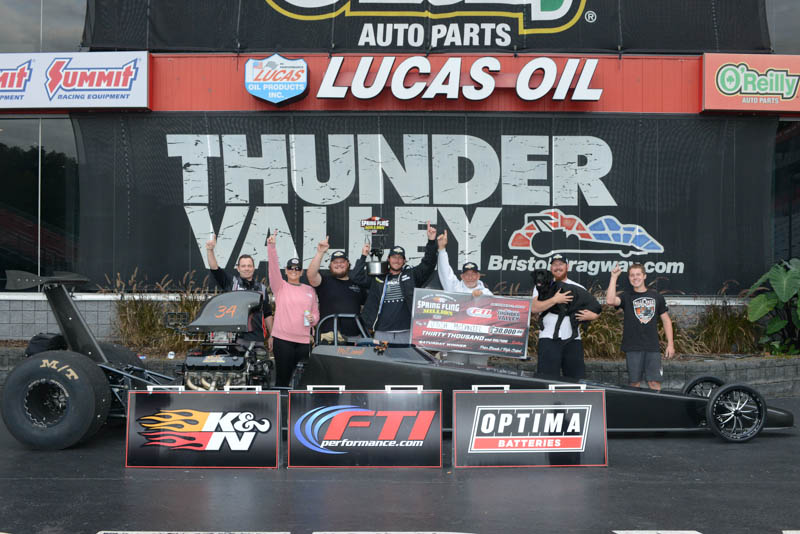 Today was supposed to be an open day for travel and/or a rain day. That all changed when low temperatures reached almost record numbers on Friday. Fling officials made the decision to extend the schedule and complete the last remaining $30,000-to-win race today.

Seventh round and the survivors were: Barber, Wurtz, McDaniel, Northrop and Leber.

Quarterfinals, Leber defeated Northrop, McDaniel over Wurtz and finally Barber on the bye. Semifinals and by virtue of his .001 RT, McDaniel earned the bye into the final, while Leber faced off with Barber, who has been on a tear of .00X reaction times including his perfect RT in the Spring Fling Reaction Time Challenge which earned him $1,000. With identical RT, it was Leber by only two-thousandths to put an end to Barber’s 2020 K&N Spring Fling Million presented by Optima Batteries.

Final round, a door car; the Corvette Roadster pseudo door car of Leber; against McDaniel’s dragster for $30,000, with lane choice going to McDaniel.

With a slight disadvantage in reaction times, McDaniel drove hard to the finish line forcing Leber to run under his dial-in and taking $30,000 and a Spring Fling trophy back home to Corryton, TN. 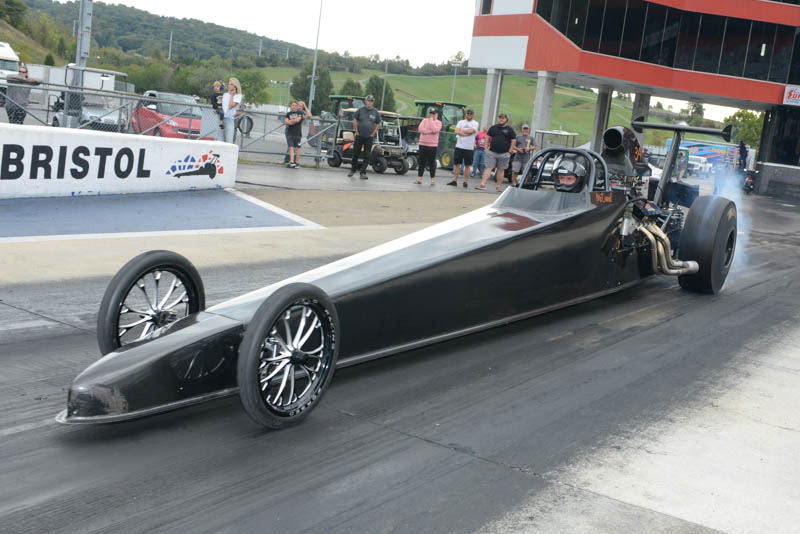 “It’s been an awesome week,” said Pete Biondo. “We had some challenges, but we’re so thankful to all the racers who stuck with us and we were able to give each of them what we had promised. Thank you! We’re now looking forward to the Fall Fling West in two weeks in Las Vegas. And we’re pretty excited about next year’s schedule with us adding a fourth event at National Trail Raceway in Ohio.”

For news and schedule on the Summer Fling in Ohio, text COLUMBUS to 74121.

A big thanks goes out to MotorManiaTV.com, with sponsorship support from JEGS and Mickey Thompson Tires, for their video work and interviews. The live stream also included the use of a jumbotron screen in the staging lanes allowing all in attendance to watch the live feed of the event in addition to the thousands who tuned in from literally all over the world.

For news about the Fling brand of races, follow www.bracketraces.com.