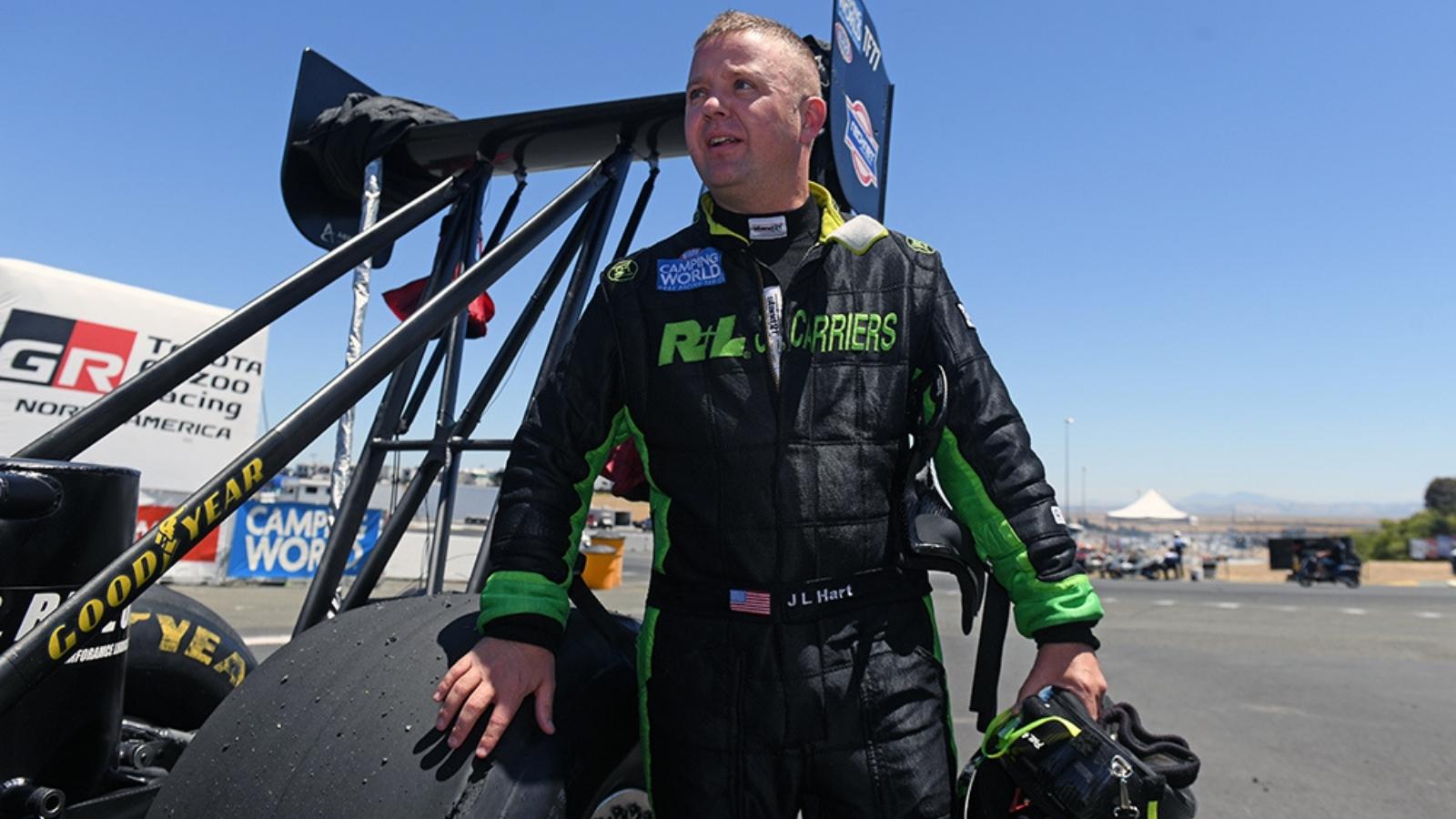 The Sonoma Nationals were another showcase event for Josh Hart and the R+L Carriers Top Fuel team as they continue their pursuit of his first NHRA Top Fuel championship. The second year Top Fuel pro from Ocala, Florida, brought his race team and determination to northern California for the first time and raced to the quarterfinals from the No. 7 spot.

Hart’s first competition pass at Sonoma Raceway went completely according to plan, but the outcome was still in doubt for the entire 1,000 feet. Hart was first off the starting line but the veteran Clay Millican moved around him almost immediately. Crossing half-track Hart pulled back out in front by a nose and at the finish line he saw Millican moving again but he got the win. It was an amazingly close race with the margin of victory clocking in at three thousandths of a second. His reaction time of .058 to Millican’s .060 was a major contributor to the victory. The R+L Carrier dragster crossed the finish line 3.733 seconds after it left the starting line for its quickest run of the weekend.

“It is always good to have a clean race like that,” said Hart, who has two Top Fuel victories to his credit. “My race with Clay today was a ‘wow’ race. I saw him, then I didn’t see him, then I thought I saw him again. I was so glad to see my win light at the end. It is nice to go up there and know that you are competitive.” 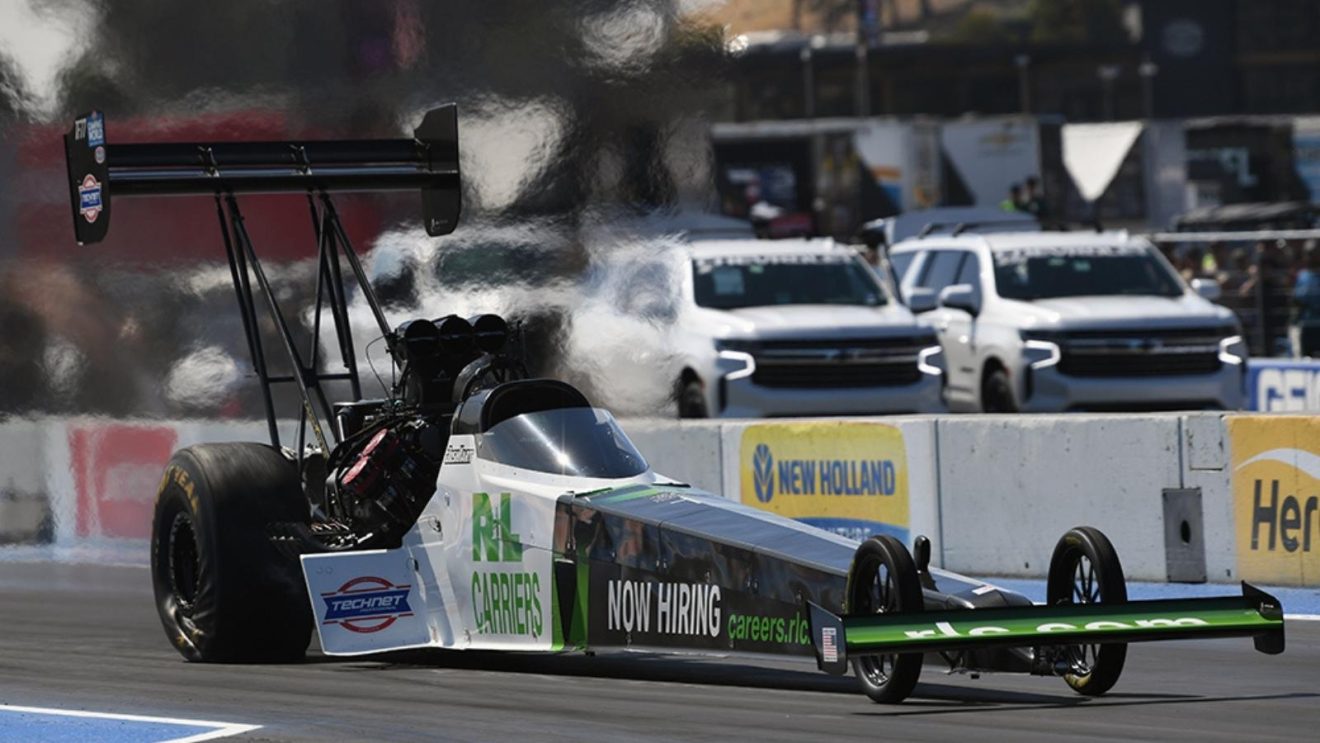 In the quarterfinal Hart was looking to go to his third consecutive semifinal when he pulled up beside 49-time Top Fuel winner and five-time Sonoma Nationals champion Doug Kalitta. It was a battle between the No. 7 qualifier and the No. 2 qualifier. Hart took a starting line advantage, but Kalitta moved around him as they crossed half-track. Both dragsters stormed to the finish line and Kalitta was able to get to the stripe first with a 3.728 to 3.781 second pass.

“We want to win every round but when you go up there it is so hard to block out the big names sometimes,” said Hart, who raced to the final round in Norwalk earlier this year. “I just go up there thinking I am going to run as fast as I possibly can. I am here for the competition, so I love races like that. I want to prove that my name fits in with the big names.”

Hart’s first race at Sonoma Nationals was a positive experience and one that the second year Top Fuel pro won’t soon forget. He will leave Sonoma sitting in fifth place in the Top Fuel point standings and with a host of new fans.

“The fans here are awesome people and they are everywhere. Kudos to the Sonoma Raceway staff,” said Hart.

The R+L Carriers team will be back in action this Friday at the Northwest Nationals from Pacific Raceway.