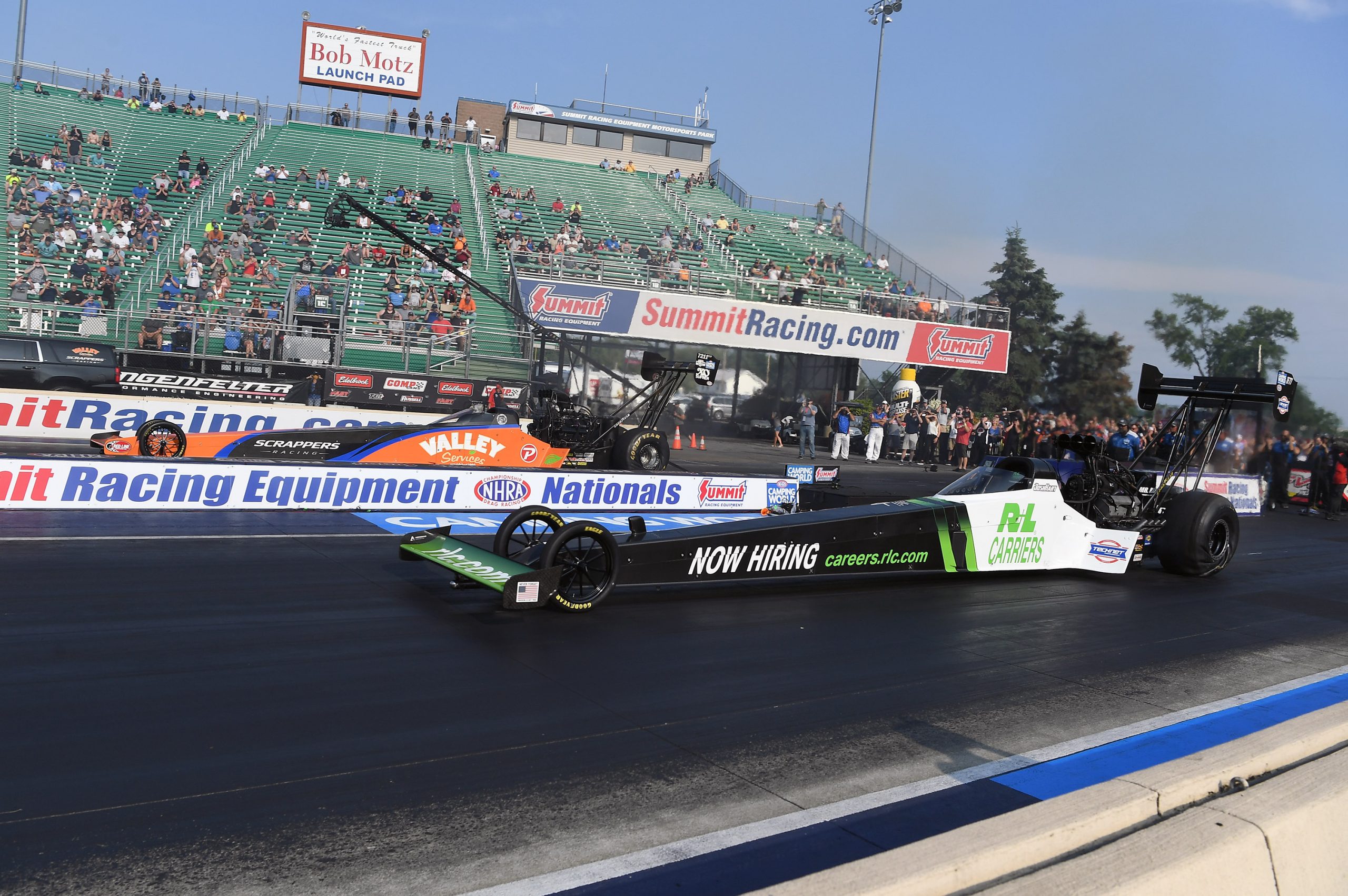 Josh Hart and the R+L Carriers Top Fuel team had a breakout weekend at the NHRA Summit Equipment Nationals racing to a runner-up finish, jumping to sixth place in the Top Fuel point standings and building much needed momentum as the tour heads to the back half of the season.

Hart powered his 11,000-horsepower R+L Carriers Top Fuel dragster to the No. 4 position on the qualifying ladder on the strength of his 3.744 second Friday night qualifying pass. Hart parlayed that excellent position into wins over Spencer Massey, Austin Prock and Brittany Force on race day before dropping a close final to points leader Mike Salinas.

In his third career final round and first final of the 2022 season Hart felt that his R+L Carriers team needed to get back to the basics and take a page from their success last year.

“I would say we have definitely turned a corner,” said Hart, who also has two semifinal finishes this season. “I am just going back to what I did last year and just trying to have fun. I believe all good leadership comes from the top. The owner of R+L Carriers told me I was forgetting an important thing. I was forgetting to have fun. That is what we did this weekend. We went out and had fun.”

The first round win over Massey was secured before Hart hit the throttle with Massey jumping the tree and red-lighting. The R+L Carriers dragster made its second quickest run of the weekend with a solid 3.756 second pass to get its first win light of the day.

In the quarterfinals Hart with a great light and the power to hold on for a hole shot win. His 3.813 second pass got him to the finish line stripe first against Prock’s quicker 3.808 run. Hart’s stellar .038 reaction time was the difference maker. Prock had the lead at half track, but then he dropped a cylinder and Hart drove back around him for the win. It was the first time Hart and Prock had faced each other in eliminations and the win moved Hart to the semifinals against Prock’s teammate Force.

Once again Hart grabbed a starting line advantage and never trailed for the win. Hart made his quickest pass of race day to reach his third career final round. The 3.750 second pass gave the driver from Ocala, Florida, lane choice over Salinas. The back-to-back wins over Prock and Force did not phase the independent team owner.

“I don’t care who is in the other lane,” said Hart. “It is easy to get wrapped up on the big names with unlimited budgets. We are not quite there yet. I just have to run my own race and do my thing in my lane.”

Shortly after the semifinal runs a short rainstorm blew through Norwalk delaying racing and Hart’s momentum for approximately three hours. The NHRA Safety Safari did a masterful job of prepping the track for the finals and Hart versus Salinas closed out the professional show. A fourth win light would have moved Hart into fifth place in the Top Fuel point standings. Salinas was first off the line and he posted a 3.706 second run against Hart’s 3.786 second effort.

While Hart did not collect the win his weekend was a success considering how impactful the time he spent with representatives from R+L Carriers was. In addition to having the R+L Hometown Showcase mobile display on site Hart hosted hundreds of R+L employees and guests at the track.

“We had over 400 people here through R+L Carriers. It was just a great weekend signing autographs and talking to them about career opportunities. It has been amazing,” said Hart. “It is kind of a blessing and a curse (to have so many guests). That stuff doesn’t bother me. I was very blessed to have those people around me and it actually calms me down. With R+L Carriers it is a genuine product that everyone uses so it is easy to talk about it. Really believe in the product.”

Hart and the R+L Carriers team are only four points out of fifth place as the tour heads to Denver, Colorado for the NHRA Mile High Nationals at Bandimere Speedway.